But wait, there’s Mora: The Spectator’s Next Editor-in Chief 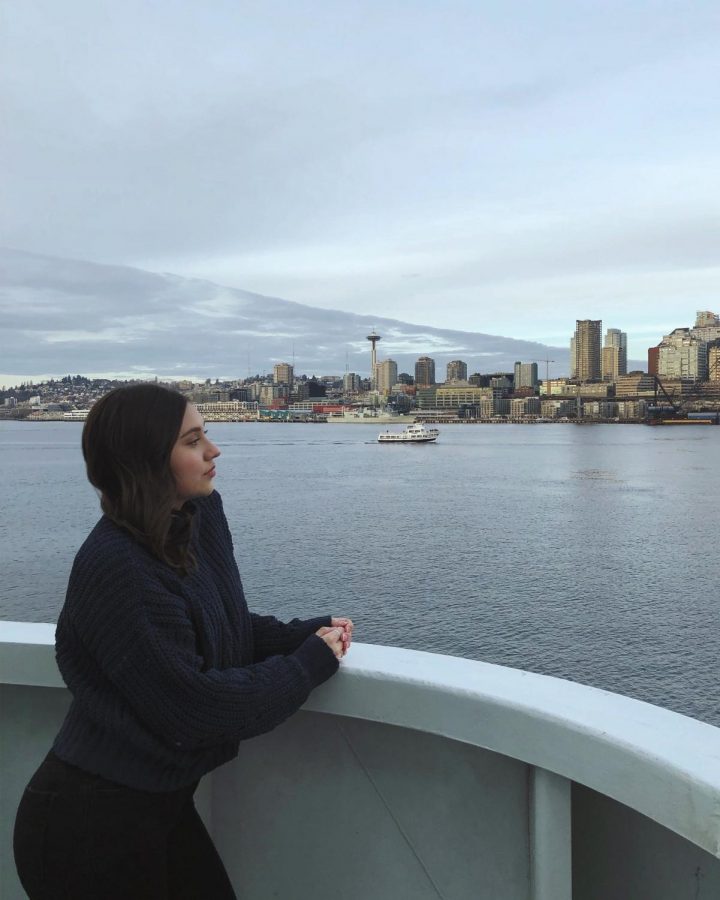 If she put her mind to it, Myrea Mora could probably put together an entire newspaper all by herself. Thankfully, she won’t have to do that alone as the incoming editor-in-chief of The Spectator for the 2020-2021 academic year.

Born and raised in El Paso, Texas, Mora’s passion for journalism first sprouted during her sophomore year of high school. At the time, she simply needed to fill an elective requirement and decided to take a journalism class.

Mora credits her teacher, Vanessa Juarez, for sparking her passion for reporting. “I was excited about everything that she taught me,” Mora said.

From that class, Mora recounts watching videos of live reporting that had been recorded during the events on 9/11, which Mora, born in March 2000, is too young to have any recollection of. She was fascinated by the professionalism of the reporters during such an emotionally-charged national emergency.

“In the moment, you have to put your emotions aside and just do your job,” Mora said. “I remember I was just in awe and I really admired those people.”

Realizing her passion for reporting, Mora wrestled with the decision to either focus on journalism or continue her many other extracurricular activities, including dance, the International Baccalaureate program, and flag team. Eventually, Mora realized that journalism would be an important part of her future, and went to the same journalism teacher that had sparked her passion for reporting, seeking to join the editorial board of her high school’s yearbook.

“She assigned me photo editor, which was weird, because I liked writing more,” she said with a laugh. “But she definitely showed me how to completely apply myself to something that I didn’t know I would care about.”

As a creative writing and journalism double major, Mora knew she wanted to leave her hometown after high school and hone her reporting skills in a larger city. She applied to universities in both New York and Washington state before committing to Seattle U.

Mora first learned about The Spectator during her freshman summer orientation, but had yet to attend a meeting until she spoke to her coworker at Tell-a-Hawk, Jacqueline Lewis. Lewis also happened to be an editor on the paper at the time and Mora credits Lewis’ encouragement as the catalyst that changed her experience during her first year and for the rest of her college experience so far.

“I was really grateful for that because had she not pushed me and encouraged me, it probably would have taken me a lot longer to get up the nerve to go,” she said.

Once Mora joined, she quickly rose through the ranks of The Spectator. Following a prolific first year at the paper, Mora became an editor during her sophomore year, working alongside Frances Divinagracia as co-editor of the news section. Mora says she learned a great deal from all of her colleagues at The Spectator, especially Divinagracia.

“Frances is literally the best person in the world,” Mora said of her co-editor. “I decided that this year was my year to learn as much as I could from everyone.”

In addition to writing and editing techniques, Divinagracia and Investigative News Editor Josh Merchant have guided Mora in the ways of astrology and educated her on her own chart.

“I am fully an Aries,” Mora said. “But I feel like my Scorpio moon is very important to include in there.”

As she rises as the Editor-in-Chief in what will be her junior year, Mora is no stranger to leadership positions and is well-prepared and eager to take on this new role.

Mora was inspired to become a Resident Assistant (RA) during her sophomore year at Seattle U and will be continuing her role as an RA next year. This role has allowed her to help first-years find their place on campus just as she found hers with her RA community.

“I genuinely found my family there,” she said. “I finally felt like I have a family in Seattle. Now, I have people who care about me and genuinely want to know how I’m doing and want to see me be successful.”

When she is actually able to find time to herself, Mora enjoys going on walks, discovering new small businesses, and watching book-to-film adaptations from her childhood, including The Hunger Games, Harry Potter and of course, Twilight. When asked which Twilight character she would be, she imagined herself as Alice with Rosalie’s attitude.

“Middle school me would kill me if I did not say Alice because I love Alice so much– her spunky nature, her excitement, but I definitely have Rosalie’s attitude,” Mora said.

Moving into the upcoming school year, Mora takes the helm of The Spectator during a time of transition and amidst a global pandemic. She is just one of two members of the current editorial board who will be returning next year as the rest of the board graduates. Nicole Golba, who has served as the paper’s sports and opinion editor, will become the managing editor and Mora’s second-in-command. The rest of this year’s editorial board graduates this spring.

“It definitely feels weird because I was—no—I still am, the baby of this year’s editorial board,” Mora said. “I feel like I was raised by these people.”

Due to the COVID-19 pandemic, Mora has returned home to El Paso for the remainder of spring quarter. While enduring stay at home orders and the pandemic back in her hometown, Mora has relied on Dunkin Donuts coffee and her dogs to keep her sane.

“I’m with my dog 24/7. At this point, I can’t tell who relies on whom more,” Mora said. “This role [Editor-in-Chief] has been getting me through the pandemic, because I think of the things that we can accomplish next year.”

In regards to the pandemic, which has led to widespread uncertainty around what fall quarter will look like at Seattle U, Mora looks forward to returning to campus and remains committed to The Spectator as a place for students to grow as journalists and as a platform where the voices and stories of the campus and greater community are heard.

The thing Mora is looking forward to the most about getting back to Seattle? Byrek and Baguette. The pesto chicken with fries, to be specific.

“I have been craving Byrek since the minute I left.”