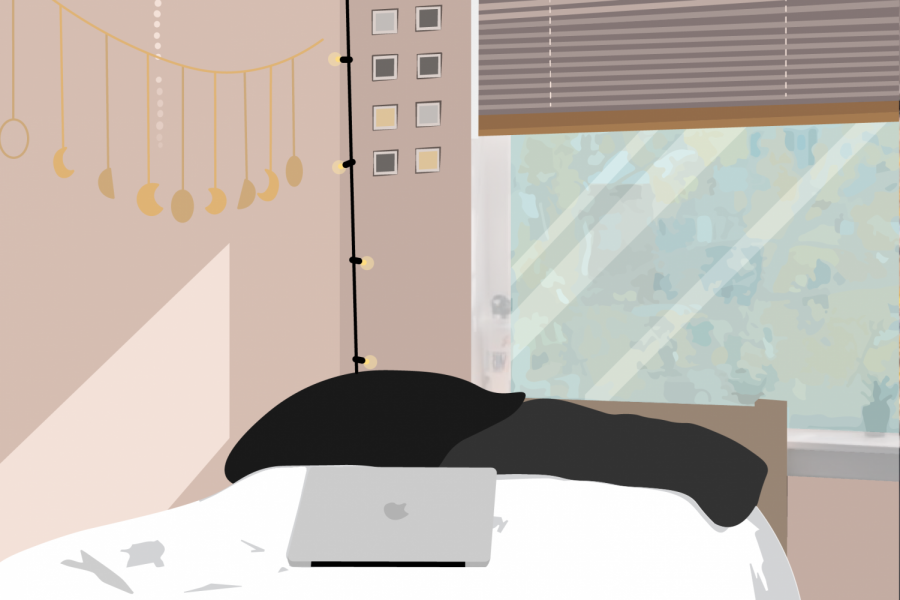 Many Seattle University students left campus as the pandemic hit the city of Seattle, but some were unable to go home. Among them is a group of  (RAs) who are still creating programs to enhance the campus community in a time when people can’t come into physical proximity to each other.

The end of Winter Quarter saw the mass exodus of most students from campus, as Housing and Residence Life (HRL) announced the closing of residence halls after spring break. A small number of students were allowed to stay on campus through an application process. The students that were allowed to stay were all moved to the Murphy Apartments and given individual rooms to limit contact with others.

Kaitlyn Mahowsky-Adams, a second-year psychology major, is one of the students that stayed behind on campus for spring quarter. She expressed that being alone has been a tough experience, and seeing people on campus is always a surprise..

“Campus is really eerie and quiet, and so is the city,” Mahowsky-Adams said. “Just seeing someone is strange because of how used to being alone everyone is.”

With most of the students leaving campus, the university has adjusted to how they are running the RA program on campus with a reduced number of students and an inability to meet in person. In an effort to fight off the loneliness of the social distancing, the RA program has remained active to provide the best version of the college experience that they can.

When the university announced that the quarter would be held virtually and residence halls would close, RAs were given the option to end their positions and go home, or to receive their compensation of on-campus housing and their meal plan by staying for spring quarter. 24 RAs decided to stay on campus and help support the remaining students on campus.

To David Stephen, the director of HRL, it is important that they conduct as many normal operations as possible, so that students feel that they still have a community of students and staff.

“We have been looking at how to best run a campus housing operation while the pandemic is happening,” Stephen said. “It is still our mission to engage with our students and be a space for them and the virtual programming is challenging, but it is the best that we can do with these conditions.”

One of the ways that they have been doing this is by having RAs run virtual sessions where activities are held. HRL has also held three virtual town hall events to get a better picture of what kind of programs students want and how they can support the RAs on campus.

“We have a mix of students from across the campus and we really try to cater to everyone we can,” Stephen said. “I think that people appreciate having the chance to interact with people and talk. We really are social animals and I think that this pandemic has been the proof of that.”

There is at least one event hosted everyday by the RAs, some days more. The events vary from group art projects, to virtual zoo tours and even tips on surviving in isolation.

The Assistant Director of Residence Life, Sue Ann Huang, stated that HRL has tried to hold as many events as possible to help students, but the response and attendance rate has been erratic.

“We’ve had some events where we’ve had no one attend, and we’ve had some events that a dozen people have attended,” Huang said. “It’s been a real mix, but no matter how many people actually show up, we are dedicated to making sure we have a community for people that might be struggling with the isolation.”

As far as Fall Quarter is concerned, the program remains up in the air as far as to how many students will be back on campus and how many RAs will be needed. Seattle U will follow the governor’s four-phase plan, but it is unclear where the university falls in that process.

“We are trying to prepare for what some of the possibilities will be,” Huang said. ”I don’t think that we have a resolute plan in place as far as what we are going to do in the fall because there are just too many factors. No matter what, though, we will continue to serve the community as best we can.”