How and Why the Economy is in Freefall 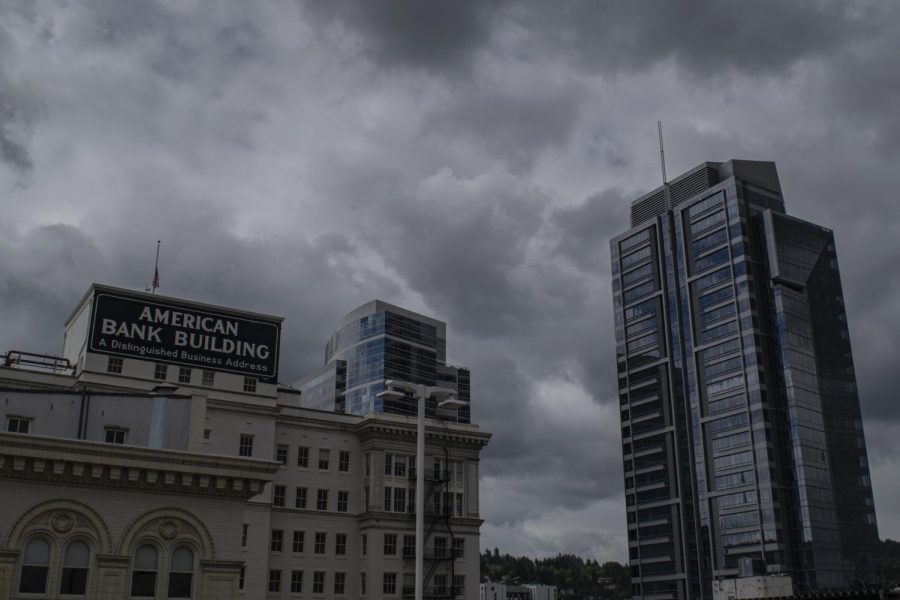 In the month of April, the national unemployment rate increased by 10.3 percentage points to 14.7 percent as the number of those unemployed rose by 15.9 million.

The COVID-19 epidemic has triggered a massive recession that is impacting all sectors of the U.S. economy. For many students, the only global economic decline in memory is the 2008 financial crisis, spiraling to a standstill of Great Depression proportions. However, there are significant differences between the current financial crisis and the one that occurred 12 years ago.

The 2008 crash was due to suspect business practices on Wall Street, during which companies like the financial services firm Lehman Brothers pumped cash into poor areas of the housing market.

“The housing boom of the early to mid-2000s saw Lehman and other Wall Street firms become heavily involved in collateral debt obligations (CDOs) and mortgage-backed securities (MBSs),” writes History. These agreements, as well as subprime mortgages, “were given to borrowers with weaker credit who ordinarily wouldn’t have been able to obtain a mortgage.”

The economy was riding high, and the prevailing assumption was that the housing market could not fail. Then, it did. In September of 2008, Lehman Brothers filed for Chapter 11 bankruptcy. ABC News reported that CEO Richard Fuld had made “$484 million” at Lehman, which “he received in salary, bonuses and stock options since 2000.”

Nonetheless, there was a recognition from many lawmakers that the financial sector would need to be bailed out to prevent a full-scale meltdown of the global economy. The Emergency Economic Stabilization Act of 2008 pumped $700 billion dollars into many affected industries, and with this policy began the slow trudge towards recovery.

By contrast, the 2020 financial crisis was triggered by a global pandemic. The structure of the economy was intact before the health crisis. However, COVID-19 is exacerbating existing divisions within the economy.

“Americans live in two separate and unequal worlds, and the bailouts reflect this,” according to Bob Ivry, Sonali Basak and Emma Kinery. “The federal government and the central bank have committed more than $2.6 trillion to saving the U.S. economy from coronavirus fallout.”

Despite this, Ivry, Basak and Kinery explained that neighborhood business owners did the right thing by closing their doors to help stop the spread of the virus.

This is the cultural atmosphere to the current unemployment rate, which hit 14.7 percent in April, according to the U.S. Bureau of Labor Statistics. Due to the strict way in which the data is compiled, the number of people who are unemployed or placed on furlough means that the percentage of Americans who are suffering financially is likely much higher. Seattle University seniors are preparing to graduate into the most unstable job market since the Great Depression.

Unemployment is even impacting the healthcare industry. Erin Vernon, a Seattle U Economics professor who specializes in the economics of the healthcare system, explained the effects.

“The medical care system earns most of its money from elective procedures, and hospitals lose money in a lot of their reactive care like the ER, and where the COVID patients go—that is not a revenue maker. They usually offset that with elective procedures,” Vernon said.

Vernon explained that currently, all elective procedures are put on hold, meaning that healthcare is one of the industries hardest-hit.

One frequently cited positive change of Americans staying home has been the recovery of the environment. Barry Lefer, a NASA tropospheric composition scientist, articulates the public’s feelings well in an article.

“People are looking at COVID-19 impacts and seeing better air quality with less traffic,” Lefer said. However, the scientific community, as well as economists and data analysts, warn that these effects are fleeting and do not account for the variety of carbon-producing industries that are not winding down in the mist of the COVID-19 epidemic.

When asked about decreasing oil consumption, economics professor Gareth P. Green, who specializes in resource economics and agricultural issues, spoke to the temporary nature of the crisis.

“The bigger question to me is: people have changed their behavior. How much is it going to stick?” Green said.

Green mentioned water consumption. Though humans are not currently taxing natural resources as heavily with their automobiles, they still demand a great deal of water.

“The big users of water are things like watering your lawn, washing your car and showering. The average person in Seattle actually uses less water per person than a lot of other places in the country and we still use something like 90 gallons a day per person, and I doubt that’s going to change much,” Green said.

Matt McGrath, environmental correspondent for the BBC, echoed this sentiment in regards to carbon emissions.

“Even though we will see a massive fall this year, the concentrations of CO2 that are in the atmosphere and warming our planet won’t stabilise until the world reaches net-zero,” McGrath wrote.

Unless dramatic policy changes are undertaken, it seems that incomes will continue to plummet as the temperature rises. For graduating seniors, this means access to affordable healthcare will be increasingly vital.

However, 14 states have elected to opt out of the federal government’s expansion of Medicaid, a program extending healthcare to low income individuals. For Seattle U students and other graduating seniors returning to these states, unemployment could be compounded by a lack of access to healthcare plans.

“For a lot of them, the ‘double-whammy’ is that if you become unemployed you are also losing your employer-based health insurance,” Vernon said. “There is going to be a significant increase in the uninsured in those 14 states that have not expanded medicaid.”

Viewing the crisis holistically, it is evident that Seattle U students will face an uphill battle to obtain employment and healthcare in the coming months. Whatever positive side-effects may come of the crisis, such as environmental recovery, is fleeting when compared to the financial strain that the recession will put on young adults.