Tuning in To Tune Out: Better Things and the unquestionable legitimacy of Madam Secretary 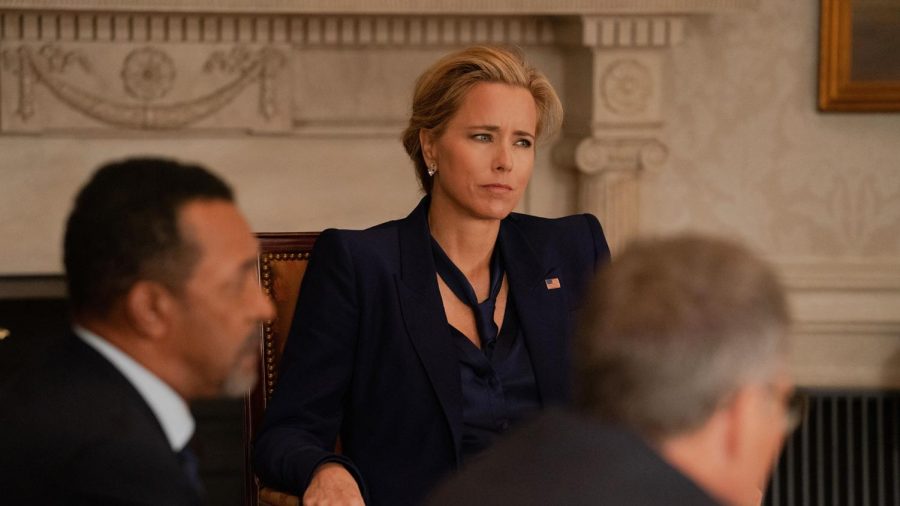 Season 6 of Madam Secretary released on Netflix this past week and was sadly the last season of what I think is one of the best political dramas ever. After I finished the season, I did some research trying to figure out when season 7 would become available on Netflix. Painfully, I found out there will be no seventh season and the ten-episode mini-season that was season 6 simply meant to tie up the loose ends, not start anything super new or dramatic.

I feel like watching Madam Secretary, however widely inaccurate political dramas are known to be, oddly makes me hopeful for the future of American politics even though I am fully aware that Elizabeth McCord is NOT the president, and that the White House is in fact crawling with incompetence. I just know that if Elizabeth McCord was president, the coronavirus response would’ve been so much better, which is also probably a sign that quarantine is getting to me. If my mom wasn’t my mom, I would want my mom to be Elizabeth McCord, and I feel like that’s a pretty compelling argument as to why you should watch this show. If you are losing hope in the state of American politics, it’s kind of fun to pretend they are completely different.

If politics isn’t your thing right now, which understandably it might not be, and you want a good laugh, Better Things is one of the funniest shows I have watched in a really long time. The show follows Sam, a single mom of three girls, and her daughters through their daily lives. If you’re a daughter or a mother, you will relate to this show in at least one way, but probably more. The coming of age series reminds us that even adults don’t have everything figured out which is refreshing when it feels like there are no answers right now.

Sam’s daughters, Frankie, Duke, and Max, are of course all different ages, and to see each one grow up in the show is really sweet and very well portrayed. Better Things makes you laugh, it might make you cry, but of all things reminds us of how moms really do it all. I recommend Better Things if you don’t have the wherewithal for a really long show, the episodes are only about twenty minutes long, so they’re also guilt-free when it comes to binging. Yes, you might have watched 6 episodes, but that’s barely over an hour of tv, so you can fly through this show with ease. Also, if you’re quarantined with your parents, I would definitely watch with your mom. Even if you’re not, maybe set up a zoom call and watch together.

This week’s recommendations weirdly circle back to moms I guess? Whether it’s politics or just regular, everyday life, it’s fun to pretend like your reality is different from time to time which is very possible by watching both of these shows. It feels kind of silly to commit to paper, because movies and shows are all supposed to be an escape most of the time, I just think it’s extra pertinent to well, tune out right now, when you can, even if it’s only for a twenty-minute episode of Better Things.