Notes on “Notes On a Conditional Form” 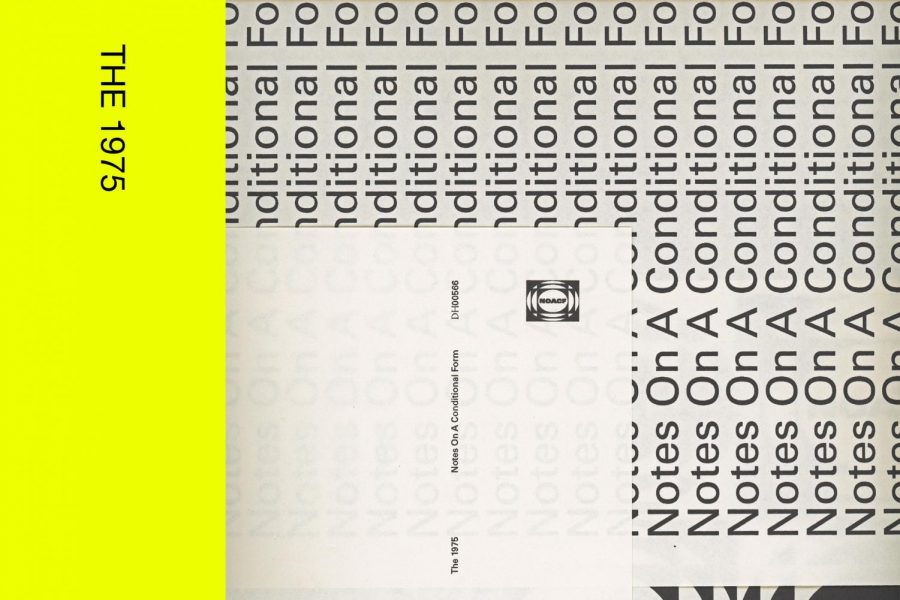 22 tracks, one album. The 1975 went over the top for their newest release, “Notes On a Conditional Form,” and the album proves that you cannot label them under one genre, with surprises that make you wonder how they were the ones that made emo kids go crazy back in the early 2010’s. They toy with different sounds, wavering from nostalgic 90’s rock, to electronic, to pop, to really whatever sound they want. The new album is a demonstration of maturity and experimentation and, of course, the freedom of an artist being able to use their medium to create the type of art they want to create.

The whole album is centered around human behavior, no matter the sound. Each song explores the human condition in different situations, visiting more vulnerable ones that the group touched on in their third album, “A Brief Inquiry Into Online Relationships,” such as politics, relationships and living with yourself.

The album starts out with a classic, “The 1975,” which has been reinvented to open their previous three albums. The song typically begins each The 1975 project using the same lyric, but uses different sounds to introduce the aesthetic of the album. However, this album does not play by the rules. “The 1975” intro track actually samples a speech about climate change from Swedish activist Greta Thunberg.

Following the intro track, the album immediately dives into the heavy rock song, “People,” a totally unique punk sound for the group. “People” is a call for action to do something to make life better, so for the band to have Thunberg introduce the track makes the song that much more powerful.

The album then turns into a softer, more reflective tone, sometimes using ethereal sounding instrumental songs for transitions. In fact, the album has three solely instrumental songs, but this album places more focus on the musical arrangement aspect than the lyrics. In some songs, like “Shiny Collarbone,” looped sounds and minimal lyrics allow the listener to drift and think. It holds your attention, but it never pulls you in too deep. The next track, “If You’re Too Shy (Let Me Know),” turns around and brings you back.

Of course, I have to mention the nostalgia-inducing “Me & You Together Song” and “Then Before She Goes,”which are both songs about seemingly loving someone deeply, maybe more than the other person feels. I can picture a coming-of- age movie about teenage friends falling in love or an unrequited love.

Matty Healy, the lead singer of the group, has been vocal about his past with heroin addiction. After the release of their second album, he went to rehab to receive treatment. Since rehab, he has stayed clean, and this album is a closer look at his life and how he recovered. In the song “The Birthday Party,” Healy sings that he depends on his friends to stay clean. Healy is incredibly thankful for his friends, and “Guys,” the last song on the album, is dedicated to his friends—specifically his bandmates. The song is a sweet look at the love Healy has for his bandmates, the ones who help him and who have always been there for him.

Overall, the album is definitely different from anything they have previously done. It ties in elements from the other three albums, even lyrically— there is a nice little call back to “Robbers” from their first album in “Roadkill.” Though it felt like there was a lot of jumping around considering the different sounds throughout the album, they made it work.

For longtime fans, it just makes sense. They transport you from place to place rather than staying in one mindset the whole album, but that is what the human condition is, so it’s only right.
Humans are not static beings; they have emotions and go through different experiences. This record is the perfect demonstration of the fact that life doesn’t always go with the flow, and there are disruptions that throw us off track.