Charli XCX Do Be The Best Pop Star Right Now 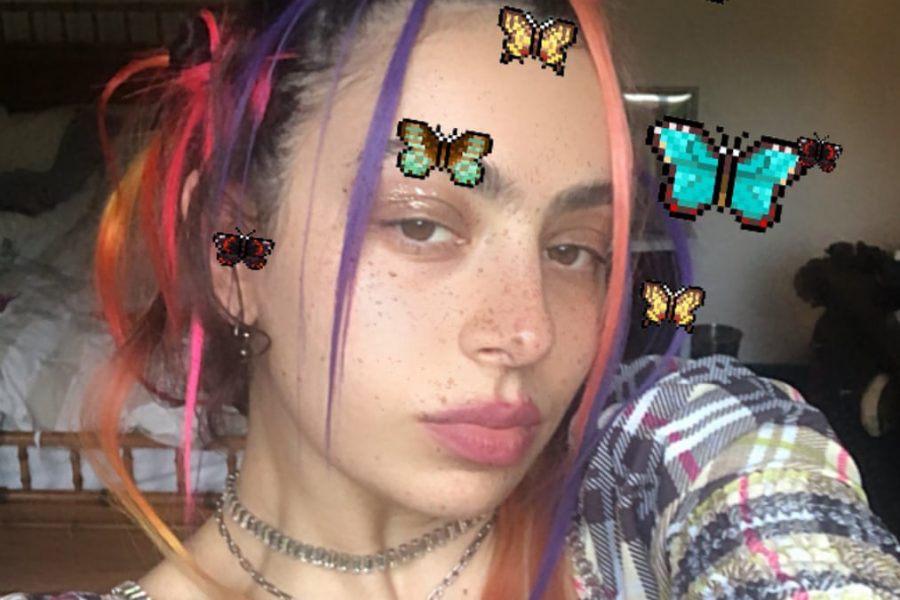 Photo via The Guardian

“Just birthed an album,” Charli XCX captions her Instagram post where she is clad in a neon bikini submerged in a jacuzzi. Her recent release “how i’m feeling now,” which she produced completely in the comfort of her home during her quarantine, has been an experimental collaboration project that has proven Charli XCX to be one of the most unique and risk-taking pop artists out there.

Charli XCX announced to fans during a Zoom conference in early April that she was in the process of creating this album, which she released on May 15. In the 40 days it took her to complete the album, Charli XCX was constantly updating her followers through social media about which tracks she was currently working on, reaching out to different collaborators, revealing her songwriting processes and asking fans for input on certain visuals and artistic direction. She was intentional about being honest in this album’s creation, as it centers around the intense feelings and emotions she has undergone amidst the COVID-19 pandemic.

Only released seven months after her acclaimed third studio album, “how i’m feeling now” feels like an expansion on the vulnerable aspects and themes that were shown in “Charli.”

I also find it reminiscent of her “Pop 2” mixtape, which was the first notable project of Charli XCX’s that introduced her as an experimental techno pop icon. She even wrote in a tweet, “#howimfeelingnow is pop 2’s frantic emo younger sister.”

I admire Charli XCX and her music so much because through all of these projects, she has learned to embrace her ambitious nature and distinctively individual sound by revolutionizing what pop music could be like, rather than what others think it should be.

In the weeks leading up to the album’s release, Charli XCX dropped three singles: “forever,” “claws” and “i finally understand.” Charli XCX would post photo sets on Instagram, ask her followers to choose which picture of her should be used for a single and then receive submissions of fan art that would eventually be the official cover art for that song, which I found to be such a sweet way to have her fans directly involved with the creation of this album.

I loved all of these releases, but “claws” is definitely my favorite out of all of them, and overall in my top three ranking of best songs on the album. And I just have to say this somewhere in this review— I love the way that “i finally understand” sounds like it belongs in a video game. If they ever dared to remake the “Tron” movies, they should definitely consider Charli XCX as the sole force behind the soundtrack and give Daft Punk a run for their money.

Each song details a certain emotion that she has reflected on during her time in quarantine and staying at home, as she is a self-proclaimed workaholic and was just itching to get back in the studio to make new music the entire time.

The first track, titled “pink diamond,” is a strong opener to the album, as the lyrics “I just wanna go real hard for days” echo throughout the song backed up by fast-paced trance-like house music. She introduces us into how being in quarantine has created this desire to go out into the world now and not hold anything back anymore that she has felt so mundane as she sings “I just wanna feel in different ways, every single night kind of feels the same.”

In “7 years,” she expresses her love and appreciation for her partner of the past seven years who moved in with her at the start of the pandemic. I love that she was able to take such a simple and common beat and enhance it with different production techniques that would match her style. The track “detonate” is also one of my favorites on the album because she is able to convey the juxtaposition that in trying times it might be hard to be vulnerable knowing you could have an explosion of emotions at any time, yet there is a tenderness to finding comfort in someone who will love you unconditionally through it all. It’s a very sweet track that I play on repeat all the time now, and we have no choice but to stan.

I will say that my favorite part of the whole album is in the last three tracks, which are “party 4 u,” “anthems” and “visions.” I think “anthems” especially creates such an amazing depiction of what a lot of us are doing and feeling amidst being forced to stay at home as well, as she reminisces on what it feels like to have a wild night out on the town with her friends. It truly is an anthem for the current situation, and I love that it has such a huge dance rave sound to it. When Charli XCX said “I just wanna go to parties, up high, wanna feel the heat from all the bodies,” I felt that.

Overall, if you still aren’t convinced that Charli XCX is a force to be reckoned with in the pop music sphere, you will be sorely mistaken after you listen to this album. The feat of creating an 11-track album in such a short amount of time, with limited resources alone, is enough to garner praise from the music community. But most of all, it’s Charli XCX’s dedication to striving to be revolutionary and honest in her work that shines the most in “how i’m feeling now,” and I could not be more proud of her growth as an artist throughout this all.