Structural Racism is Alive in the Midst of a Pandemic 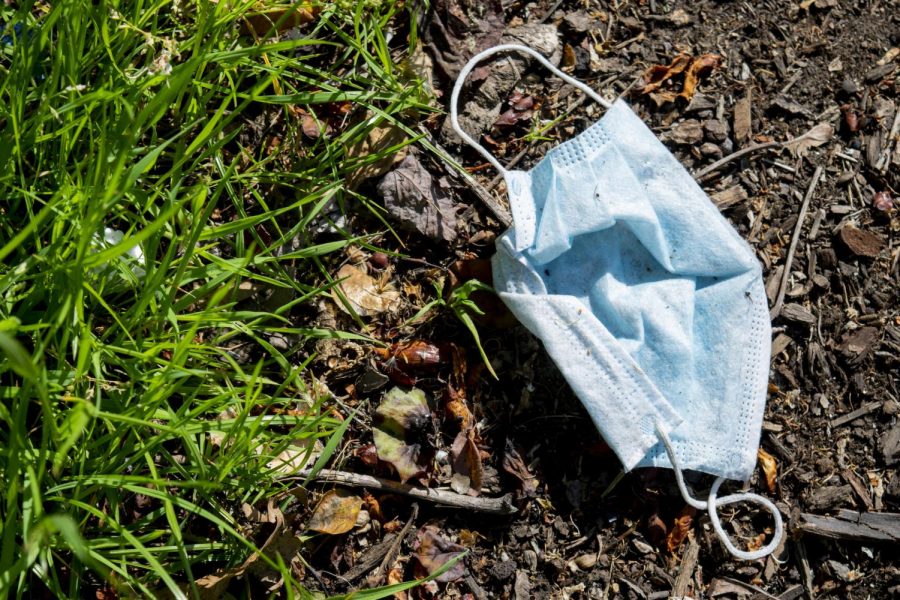 Face mask littered on the ground

Even as many structures of the world seem to be crumbling apart amid the COVID-19 pandemic, the structure of racism remains intact. The coronavirus pandemic is showing that, during a time when a country should unite, there are many factors that continue to separate Americans. Fear of a specific race during the spread of the coronavirus in the United States was first demonstrated towards Asian-Americans, because of the virus’ initial mass outbreak in China.

The practice of covering parts of one’s face, such as wearing a mask has been adopted in some cultures since the early 1900s. In America, that has not necessarily been the case, but it has been observed by some Asian communities for hygienic purposes, especially in bigger cities. Kan Liang, a history professor and an associate appointment with the Asian Studies Program at Seattle University, said that when he was growing up in China, masks were not uncommon.

“I remember when I was young, we were often asked to wear masks, particularly in the winter time when you have flu season,” Liang said. “Everybody wears them, so it is not a big deal.”

Liang noted that this can most likely be attributed to Dr. Wu Lien-teh, a Chinese physician that introduced the public’s use of surgical masks during the Manchurian Plague of 1910-1911, a practice that was continued into modern day.

“If you look at the Asian society, it is pretty common, people wear masks for several reasons. One is that people believe that it is to prevent disease in the cold and flu season,” Liang said. “The second would be weather, such as smoke. In some parts of Asia, like in Beijing, the smog can be bad, as well as sandstorms.”

There has been a sharp rise in reported hate crimes and incidents of harassment targeting individuals of Asian descent since the arrival of the coronavirus in the United States. The Anti-Defamation League (ADL) has been tracking these incidents, a significant number of which occurred in Washington State.

The racist incidents range from the vandalism of businesses in Seattle’s Chinatown-International District to both verbal and physical assaults against Asian-Americans who are simply going about their daily lives.

Shelby Adonay, a junior nursing student, feels that this was almost expected.

“I’m not surprised at all how much people were willing to express their xenophobia, it’s like they couldn’t wait to have someone to blame and mock,” Adonay said.

Adonay’s father is an immigrant from the Philippines and she worries for him because, especially at this time, she has seen exhibits of rude people online taunting and mocking Asians. When she is in the grocery store, she says she always finds herself looking at other Asian individuals to make sure nobody bothers them, as she does not want to be a bystander or allow racist behavior to be tolerated.

Moving forward, Liang hopes that perceptions will change so that Americans will no longer stereotype Asian people who wear masks and understand that it is more about health than anything else.

At the beginning of the coronavirus pandemic, Americans were told by the CDC they did not need to wear masks. The CDC has since changed their stance and now recommends wearing masks in public spaces. According to Phyllis Gearring-Anderson, Health Chair Committee of the Seattle King County National Association for the Advancement of Colored People (NAACP), when people of color wear masks in public they are often placed at a greater risk for racial profiling.

Gearing-Anderson, who has her M.S., MBA, ARNP and DNP, said that so far, no Black King County residents have reported profiling for wearing masks.

“Our local NAACP has not received any complaints or concerns from any African Americans yet about these masks, however we do understand the potential of racial profiling and stereotyping, especially for black men who wear masks,” Gearring-Anderson said. “The NAACP has taken a stand and asked state and local governments to suspend any laws that prohibit any mask wearing, per the CDC recommendation for everyone to wear a mask.”

The NAACP is on high alert. Citing studies that show African American men are more likely to be killed by law enforcement than their white counterparts, Gearring-Anderson said they are worried that wearing a mask could lead to more instances of racial profiling.

Kimberly Harden is a communication and media instructor at Seattle U with a background in African-American studies. She acknowledged that the pandemic is also further exposing structural racism in America. The issues, she said, are deeper than homemade masks.

“You have to ask yourself, what is so wrong with our system that people of color cannot even afford to buy a 5 to 20 dollar mask?” Harden said. “Instead of just saying, they’re just making homemade stuff, people are doing the best they can do to protect themselves and their family, and I think that’s commendable.”

Harden recalls going to the grocery store recently and seeing an elderly white woman wearing a pair of underwear as a mask and stated that if she were a person of color, then it would be perceived completely differently.

“It’s interesting how things are acceptable once a white person does it, but not if a person of color does it. What’s the difference between an older white woman trying to protect herself by wearing a pair of underwear versus a latino man wearing a bandana?” Harden said. “They’re just trying to protect themselves.”

Harden also knows that as individuals, we have a responsibility to look out for those who are in need during this time—especially communities of color. Many organizations that provide resources for these communities are closed right now. Harden provides masks and shops for her landlord, who is a hispanic woman. She chooses to make trips to the store earlier in the day in order to avoid being racially profiled.

One of the many consequences of the pandemic is that it makes the systemic racism in the country more obvious than before. Anthony Canape, a board member of Black Lives Matter-Seattle King County, says these problems run deep—from the government, to the police to individual freedoms.

Canape expresses how disorienting it can be to see white people walking down the street with a bandana covering their face, something that black people have been persecuted for because of a perceived association with gangs.

“Of course it will disproportionately affect POC who already feel a sense of fear and non-belonging in spaces that are highly public but also spaces that are deemed to be mostly white neighborhoods,” Canape said.

In recent weeks, there have been protests against stay-at-home orders across the nation. The participants of these protests have arrived armed and have largely consisted of white participants. There has been little to no use of force by police officers at these rallys. White people have largely been able to assume safety in these protests, and this was proven in Lansing, Michigan at a ‘freedom protest’ on April 30. Protestors stormed the state capital armed, and were met with peaceful police officers.

“Here they are kind of rolling up as a militia and the police are not reacting, even though it’s like they are under siege. In reality, they’re under siege and if black people without a permit and without the weapons, like if that was a crowd of majority POC, all latinx, all black people, they would’ve brought out the hoses. You know, rubber bullets, tear gas…that would have happened. Period,” Canape said.

Canape said there are too many recent examples of exactly that happening in the country.
Canape also feels it is hypocritical that the government has poured out trillions of dollars to support businesses during the pandemic after they have repeatedly denied financial support to lower income communities and people of color.

Canape encourages people to share their stories and experiences of the pandemic on social media, as voices from POC are important. They also ask people to sign petitions that bring attention to underrepresented people and to check in with and support communities of color.

Gearring-Anderson says that she has heard people say the pandemic has brought people together, but one must ask, which people?