Somewhat Informed: Zodrow’s Performing Arts Column: Use the Quarantine to Re-Discover the Art of Radio Plays 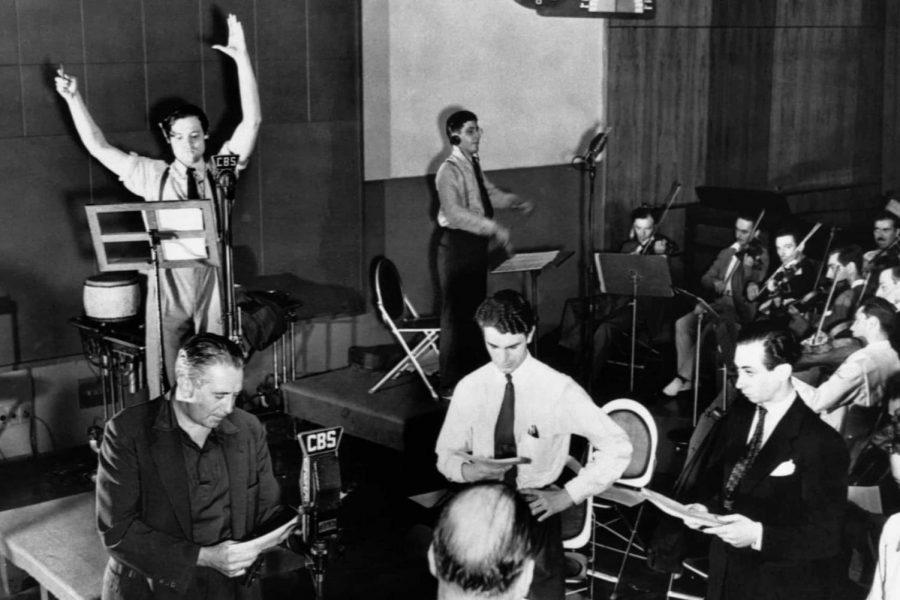 With the Washington stay-at-home order extended for another month, many Seattle University students find themselves encountering another month at home. One can only stare at screens for so many hours. While it is typical for a student to relax with some Netflix or Youtube, it is becoming less attractive to move to the living room and stare at the television when students are now spending their days glued to a screen.

Before Americans crowded around their televisions in their free time, they gathered around the radio. While the average American may consider Superman a titan of comics and films, he was originally a radio hero. “The Adventures of Superman” went on air three times a week, and captivated listeners.

Orson Wells, director of “Citizen Kane,” caused a stir when his radio drama adaptation of the H.G. Wells’ “War of the Worlds” was so captivating that many listeners thought that martians were actually invading the United States.

However, with the invention of the television, many serial writers switched to writing shows for TV channels. However, radio plays did not go away. In the early 1980s, George Lucas wanted listeners to be able to tune into Star Wars from home. According to NPR, “Lucas sold the radio rights for $1, and the network partnered with the University of Southern California theater program to produce it.” Thus, there are even radio productions of the original Star Wars trilogy.

Audio plays have only improved since their dominance in the early 20th century, and are worth coming back to in the early 21st. If you find that you are tired of staring into a screen all day, it is a great time to start listening to radio plays.

Los Angeles Theatre Works produces some of the best plays that can currently be found online. With a top-tier list of entertainers from throughout the west coast, there are a multitude of powerful performances to be found on their website.

“Hold These Truths” by Jeanne Sakata, a powerful play about Washingtonian Gordon Hirabayashi navigating the US government’s internment of Japanese Americans during the Second World War, is one of LATW’s greatest triumphs. Ryan Yu, who originated the role and played Hirabayashi at the ACT Theater, offers a shattering performance. Free on SoundCloud on the LA Theatre Works page, it is well worth a listen.

When digging further into the back catalogue of LA Theatre Works, there are also some theatrical staples that cannot be missed. The 2003 LATW production of “Oedipus the King” by Sophocles is a wonderful introduction to Athenian drama. Harry Lennix’s Oedipus performance contains the complexity of a proud man being brought to his knees by scandal. The sound design is bombastic and revels in the tragedy of the classic tale. While originally meant to be played to a colosseum, Sophocles’ most popular work is at home in the radio format.

If you manage to exhaust the LATW’s massive back catalogue of works, the website “Old Time Radio Downloads,” while the name is strange and the site itself reminiscent of the late 90s, has a great number of wonderful plays to listen to.

Archibald MacLeish’s Pulitzer Prize-winning 1958 drama “JB,” an adaptation of the Book of Job, is perhaps the most compelling production to be found on the site. In a modern era in which it feels as if God has departed and COVID is here to stay, the play is a powerful reminder of the difficulty and ultimate value of maintaining faith in times of incredible hardship.

There are also a litany of strange broadcasts that serve as stark reminders of the patriotic post-war period in which radio was so popular. The series “Cavalcade of America,” sponsored by the chemical corporation Du Pont, can be found on the site. From the mid-30s to the late-50s, the show hosted several great dramatists, including Arthur Miller, who wrote stories about American history. Both a PR machine for a major US company and temporary home to talented writers who would go on to indelibly impact American culture, it is an oddity of the past worth exploring.

Drama is a versatile medium, which the art of the radio play expresses. While film, television, and social media are all viable creative outlets, Seattle U students should keep an eye on what is happening in the world of audio theater.