The Rise of Emo 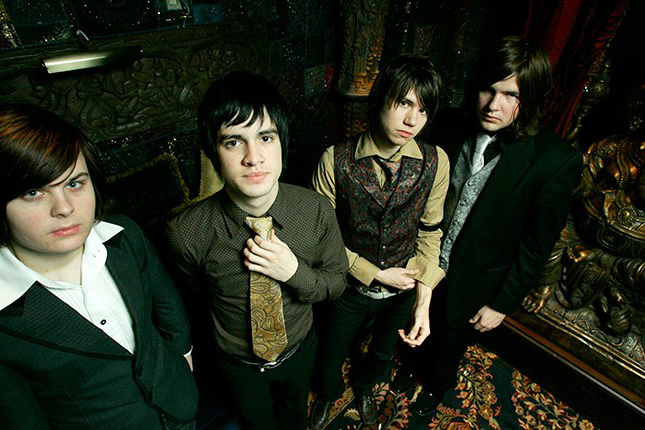 The year is 2005. I am 6 years old. The release of Panic! At The Disco’s debut album “A Fever You Can’t Sweat Out” means nothing to me. However, I remember when my babysitter would talk about how cute she thought the lead singer was.. I remember when my cousin burned a CD for me that featured their song “I Write Sins not Tragedies”. As I said, I was 6. This did not change my life until years to come, but the world changed around Panic! middle schoolers and highschoolers were never the same after this album.

When I hit highschool, I was just like every other freshman there. I was full of angst and I thought I was so cool. I hated pop music (at least that is what I wanted people to think). In 2013, Panic! At The Disco released a new album “Too Weird To Live, Too Rare To Die!” I knew Panic! was an alternative band, but this album just missed the mark. It sounded exactly like what I wanted to convince myself to dislike.

I wanted to be different. So, I turned back the time and decided to exclusively listen to music before 2010 because that was the era of alternative music. This included Panic’s widely acclaimed album, “A Fever You Can’t Sweat Out”.

Panic!’s album “A Fever You Can’t Sweat Out” is the epitome of angst without crossing the line of getting into heavy metal rock kind of angst.

It is the soundtrack of my freshman year of high school. When Panic! released the album, they themselves were teenagers and fresh out of highschool, so the target audience was highschool.
This album shaped many highschoolers lives and continues to do so. It is a timeless album simply because kids will always feel angsty and like misfits, that is what high school is about, and Panic! knew how to reach these kids in a new way.

I see this album as a way for kids with pent up issues to know they are not alone in their feelings. It is Blink-182 esque, but with less of a punk feel. It is distantly like an Avenged Sevenfold album but without the metal/screaming. It is the perfect medium for an easy transition from radio pop to getting into more heavy hitting songs that you feel like you can really relate to.

The 13 track album tackles mental health, sex, and fitting in, all in a uptempo rock style. You may be feeling sad, confused, and misunderstood, but at least you could listen to lyrics like “Oh we’re still so young, desperate for attention” or “ I am alone in this bed, house and head”. You did not need to talk to anybody about your problems because you had Panic!, even though in reality you really should have been opening up to someone, but that is not a part of the emo/scene culture now is it?

I regard the album as transitional because it opened a lot of doors to music for me. It was the first album I listened to that helped me process some emotions, as ridiculous as it sounds. I never considered myself to be goth, emo, or scene, because this album is none of that. I could still wear my Hollister striped shirt and go on about my day without worrying if I fit the part of the fanbase. It was a happy medium.

As far as emo/scene culture goes, Panic! Changed the pace. Fall Out Boy already existed, but Panic! was different because they had a friendlier, yet unfamiliar pop sound to them. Panic! Showed a different side of the genre and I think also ended a lot of stereotypes. It showed that this music can be fun, catchy, and not scary or intimidating.

The album was there for you to grow into and grow out of. It is still worth a listen at times because it is a really good album even when you don’t feel like how you did in highschool. There are other albums with the same emo feel and topics, but nobody will do it like Panic! did.