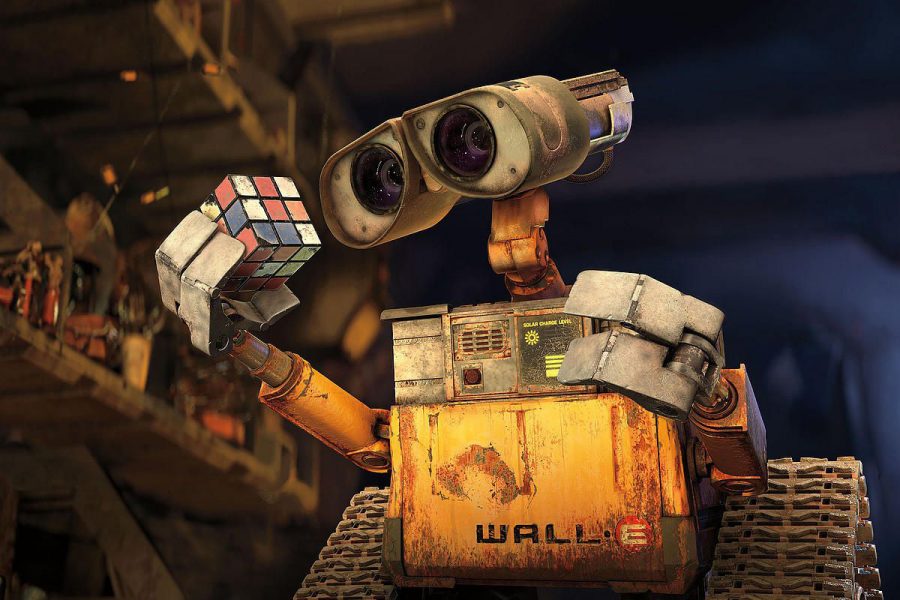 Picture a dystopian future, where the world has been abandoned by all life and all that remains are skyscrapers of trash, a brown cloud of pollution blanketing the sky and one lone Waste Allocation Load Lifter Earth-class (or WALL-E) remaining.

I’m not describing the newest young adult best-seller or sci-fi blockbuster; this is our first introduction in the society featured in 2008s Disney animated feature film “WALL-E.”

With the COVID-19 pandemic forcing many to spend all of our time inside and entire countries still gradually adjusting to self-isolation, many like myself have turned to literature, music and film to find an escape from reality through artistic expression. It wasn’t until I re-watched this animated gem, did I start to draw parallels with what our capitalistic, individualistic society is currently experiencing.

Hollywood has always used films to paint villainy in its simplest form, as one person who chooses to be evil because that’s simply who they are. Through these fabricated caricatures of evil, we’re brainwashed to believe that evil and injustice comes down to the actions of a few individuals instead of calculated and systemic oppression that presents the path of least resistance as the easiest one.

Unlike many other AI characterizations within the film, AUTO, the titular AI character in WALL-E isn’t sentient but more represents the systems that are instilled within the society on the ship. Its whole role as the film’s antagonist stems from outdated order that humans avoid ever returning to Earth.

Compare this to our reality, Buy N Large the main corporation that advertises and supplies everything on the Axiom space cruise (?) represents all the multi-national conglomerates we continue to support. Like Amazon, but without a Lex Luthor-like figure as the face of the company. After 700 years of living on the Axiom constantly preoccupied with an automated existence, nothing ever changed, and no one ever deviated off their paths.

While in self-isolation, there are unprecedented levels of anger and mistrust with our current administration who had ample time to prepare for a wide-spread public health crisis and save countless lives. With a global pandemic, a strained health-care system, an economy whose main purpose is to service and uphold the 1% (as well as prove a lack of stability twice within the past 12 years) and infinite ignored cries for equity, it’s not hard to see that we are currently living in a turning point of world history.

Unlike the passengers of the Axiom, our automated existence isn’t entirely negative. The digital age has its fair share of pros and cons, but in social justice, it’s a way to bring awareness to pressing issues as well as document pinnacle events potentially all in the palm of our hands. Never before have we, the people, been given the chance to see with our own eyes (in all aspects of life) the society we live in.

In the end, similar to the passengers of the Axiom, we have the option to transform or even abolish these systems we blindly follow and ultimately leave the path of least resistance. Although this is always easier said than done. In movies, unless you’re watching a series, the conclusion is the last we see of our main characters. Blissfully unaware of what could’ve happened to them following the movies’ end. In reality, there’s more uncertainty about the future because it has yet to be written.