The One Direction to Happiness: A Big Time Reunion 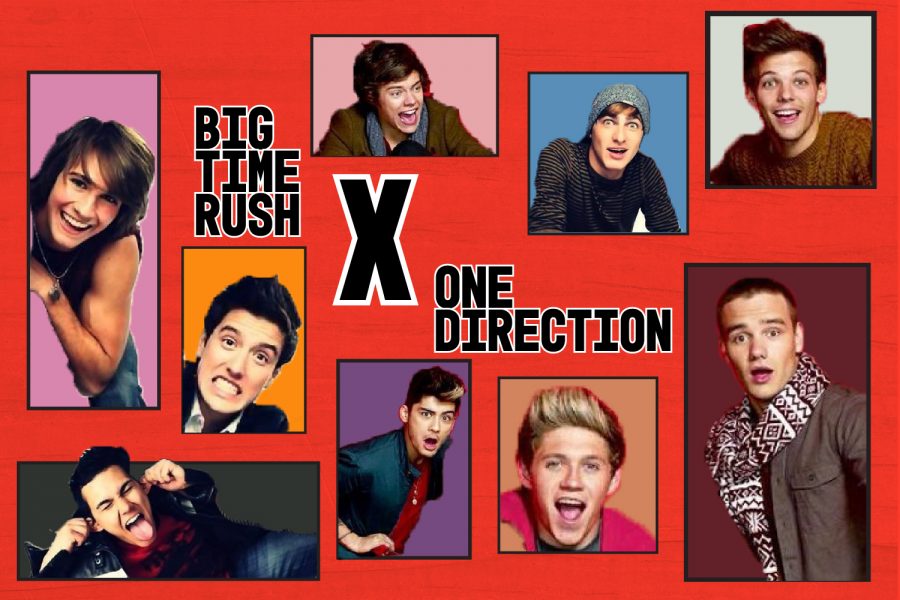 It’s no shock that the world—and label execs—love a good boy band. Just last year the Jonas Brothers rocked the entertainment business with their reunion, expertly executed with a solid “Happiness Begins” album, tour, and tear-jerking Amazon documentary. Not so much a one-off collaboration as it was picking off where their Disney-backed career left off, the Jonas Brothers perfected a formula to fill arenas, pad their wallets, and fulfill the man-band void left in the hearts of millions.

However, as the Jo-Bros fizzled and dismantled in 2013, it is only the natural order of things that new talent took their place. Cut to the British boy band One Direction, formed under the national eye of Britain’s X-Factor, the teenage five-some of Louis Tomlinson, Liam Payne, Zayn Malik, Niall Horan and Harry Styles proved to have equal parts charm and vocal prowess as their boyband predecessors. If you want to know their origin story, just watch the 2013 movie, but what’s of main interest to fans today is not the group’s beginning, but their plans of getting back together (and Zayn soon-to-be a dad, but that’s news for another time).

In just their first year off the X-Factor, they broke Youtube’s record for most-views in 24 hours for the “Live While We’re Young” video and finished with two internationally successful albums, “Up All Night,” and “Take Me Home,” which made them the first boy band in US chart history to land two number-one albums in a calendar year.

Being a media-trained machine, churning out an album every year and constantly on the road (and when I say “on the road,” I mean performing to millions on a world-stadium tour), One Direction, with their flawless harmonies, coordinating business-preppy outfits, and a Simon Cowell stamp-of-approval, did everything close to world domination.

Their fan base is just waiting behind their Twitter handles to get back into the game, hoping the boys do something special for their ten-year anniversary on July 23.

With both Styles, Horan, and Tomlinson releasing solo albums in the last six months, Directioners have had their work cut out for them, with nothing quite as powerful as seeing the boys together. One Direction has gone and conspicuously updated their social media, from resizing their Twitter banner to reupdating their website to 2020 dates. With Payne and Tomlinson teasing a band reunion in interviews and Horan confirming a secret group chat, it looks like anything from a single to some kind of digital project is definitely a reality.

Even more tantalizing is the band’s apparent reconciliation with Malik, who left the band in 2015, the year of the band’s indefinite hiatus and final album, “Made in the A.M.” Although Payne notes that they will all need more time to heal from that separation (Also, that scathing Twitter fight with Tomlinson in the summer of 2015? Sill painful.) there are some convincing signs that show that the band is moving on and prepping for a reunion.

On Twitter, all the members have refollowed Zayn, the Official One Direction Twitter has added Zayn back to their list of members and hid the post announcing his departure— even more shocking, he is no longer listed as an ex-member on Google. This may be some general housekeeping, but nevertheless, the wheels are turning all these years later.

One Direction isn’t the only group of boys bringing hope of a reunion to fans during these unprecedented times. It’s impossible to forget that during the 2012 “Better With U” tour, One Direction opened for another iconic boy band: Big Time Rush.

Big Time Rush, a legendary 2009 American pop music boy band who also starred in their own Nickelodeon comedy television series, have surprised fans—more commonly referred to as Rushers—with a minute-long video on the band’s Twitter page.

Each member of the band, despite being confined within the walls of their homes, reunited virtually to say hello to their fans while offering wisdom during the pandemic. The band, who signed with Columbia Records, rose to fame quickly after Nick’s television series “Big Time Rush” premiered back in 2009. Most impressive, however, are the three studio albums released—all of which achieved commercial success.

“Halfway There” marked the start of something big for the quartet, after the single charted on “Billboard Hot 100.” Next came their “BTR” album, which sold 67,000 copies during the first week of release. Then came “Elevate” in 2011, which sold a notable 70,000 copies its first week. And although nothing comes close to “Boyfriend,” their most successful song to date featuring none other than Snoop Dogg, the future is hopeful for the band and Rushers alike.

Reminiscing on the past, the Twitter video went viral within minutes of its posting. Each member emanated a bit of hope through the screen, calling for love, compassion and health during the crazy time that is upon us. The band also advised staying connected to friends and family while spreading “aloha” to everyone experiencing the effects of COVID-19. Most notable, however, was Carlos PenaVega’s outro, where he signed off “see you guys soon” to fans.

It didn’t take long for speculations to rise, as the April 20 tweet was the first since July 30, 2012. And although the message didn’t clarify that the band would be regrouping after a long six years apart, it gave a glimpse of what could—and might—be for the future of Big Time Rush. It’s only going One Direction for these boy bands: up, and big time.