Is This The Death of the Movie Theater? 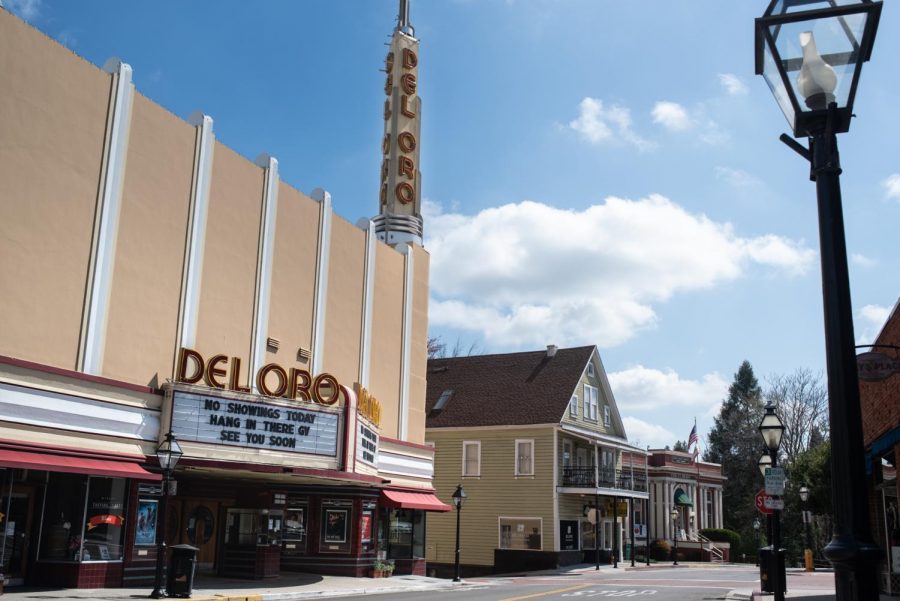 Movie theaters across the country have shut down due to COVID-19 and dates on reopening are uncertain.

With signs proclaiming “this is only an intermission,” movie theaters across the country have shuttered their doors amidst the ongoing pandemic, leaving many to wonder whether this temporary closure is something the industry can recover from.

“This all is really such a tragedy,” Carter Stregiel, a first-year film studies and communications major, said. “The amount of great movies that I’ve seen in the indie theaters and loved so much, [it] feels like we are losing so much. The laughing together, the crying together, it all happens in theaters, and it’s what got me interested in movies in the first place.”

With COVID-19 came a mass shutdown of nearly all public gathering spaces, including theaters which were already operating on shoestring budgets—especially independent theaters like the SIFF and the Northwest Film Forum. For long-time movie lovers like Striegel, the possible loss of the indie theaters is especially disappointing.

Pandemic concerns have also shut down most movie and television production, causing many projects to delay their respective release dates indefinitely. Big movies like “Black Widow” and “In The Heights” were among those delayed by the pandemic. John Trafton, a Professor of Film Studies at Seattle University, talked about how this affects so much more than the just the actors we see on screen.

“I think this gives us a good time to spotlight a lot of the behind-the-scenes folks,” Trafton said. “The set designers, and the crafts service people, and the sound engineers and all the people who aren’t in the spotlight are such an integral part of making a movie come together.”

For those films that were just finishing up with marketing and post-production, the shutdown will not postpone their releases, with many opting to release directly onto streaming services like Google Play or Apple Movies. Movies like “Onward,” “Emma” and “The Call of the Wild” all had their theatrical releases shortened and were put on video on demand. According to Lily Mills, a sophomore film studies major, the introduction of streaming premieres affects how the film industry will make lucrative decisions in the future.

“I can understand why companies would want to jump straight to streaming, especially with all the unknown factors surrounding the economy these days, but I think it’s also great that companies are trying to hold off on their releases,” Mills said. “I think most people in the industry understand the value of the theater as an institution and are going to do what it takes to preserve them.”

This method of streaming release has allowed movies to make millions of dollars while others sit in studio limbo. This could become the new norm, especially as the pandemic persists longer and more production companies adapt ways to make money and release projects.

Another sweeping change for the movie industry is in how the Academy Awards will operate. Under the current rules, the movies must have a theater release to qualify for an Oscar. With the pandemic possibly shutting down theaters for the remainder of the year, however, the Academy may have to adapt to the new circumstances.

“I would expect [the Academy] to change the rules as far as what movies are eligible. I would hope they wouldn’t sacrifice the platform they have over technicalities,” Trafton said. “I’d like to see [the Academy] use this platform to help rally people around the movie theaters to help keep them running.”

Regardless of when the awards do happen, Trafton expects the winners to resonate with the times that everyone has gone through.

“As far as what type of movie will win, I would expect the winner to be something that speaks to the shared cultural experience of this whole situation,” Trafton said. “That, or a good feel-good movie to help us forget.”

During this time, people turn to movies to provide comfort—but the theater is an experience people are missing and will come back for once the risks are gone.

“If cinophiles really care about the theaters like I think they do, this isn’t the end,” Stregiel said. “It might be a bit different on the technical side, but I think people will always come together to watch movies. It’s a communal form of art, and the theater is where we go to participate.”