The Psychological Toll of Self-Isolation 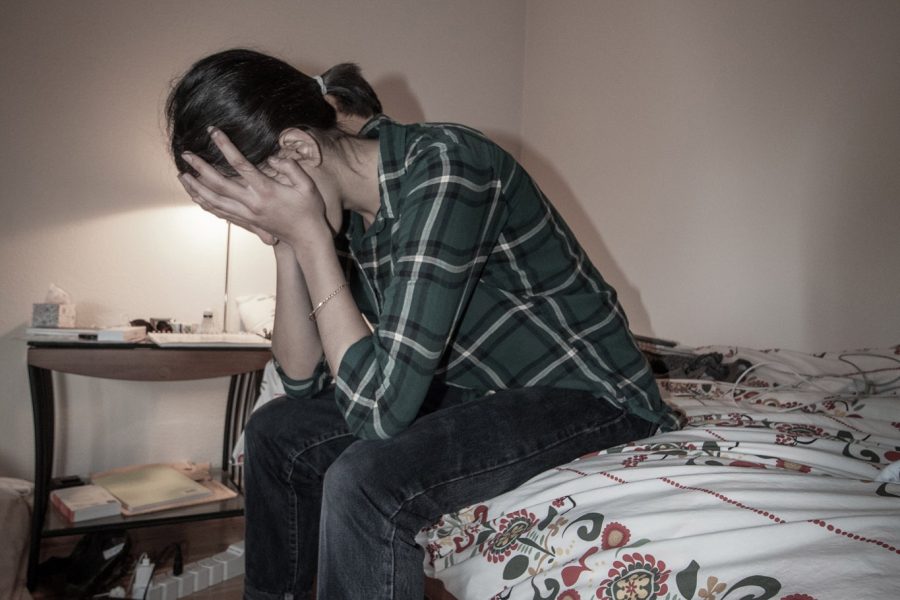 For many, stay-at-home orders mean high levels of social isolation.

When we look back on the COVID-19 pandemic and everything that has unfolded, one of the things we will remember the most is an entire world readapting to a life spent primarily indoors. No longer allowed the freedom to go about daily life as we used to, but aware of how much life has to change afterward.

Self-isolation—colloquially interchanged with social distancing or quarantine—was virtually unpracticed prior to the COVID-19 pandemic.

For college students, the choice to either return home or stay in their respective college towns ultimately determines the reality of your self-isolation. For many, there was no option.

Since Twigg-Smith was in contact with a person who had died of the virus, he was able to go through the testing process and received results after 14 days. He has now fully recovered and has been practicing self-isolation, as he’s lived alone in his home since March 10.

“On a scale of one to 10 my mental health is an eight,” Twigg-Smith said. “It’s given me a lot of time to do more ‘me’ stuff, so I’ve been doing a lot of yard work, walking my dogs, taking care of the chickens and the occasional haircut. There’s been plenty of stuff to keep busy.”

Mauseth explains that humans, as social animals, are meant to be in community with other people, in any means or capacity possible.

“What we know about short-term and long-term loneliness is that people can handle being alone for shorter periods with not too many adverse effects,” Mauseth said. “What ends up happening over the long-term is that loneliness, isolation and withdrawal are a nasty kind of combination that can result in a lot of significant mental health symptoms, depression probably being the most significant.”

Looking back at prior pandemics, there are some patterns of recovery and resilience humans have portrayed. In the digital age, ways of coping and adapting have shifted as new ways of communication are created each day.

Mauseth spoke to how resilience actually becomes a common response to disaster and trauma through connection, purpose and flexibility.

“You have to have those three things,” Mauseth said. “The biggest challenge right now, in a virtual world, is connection. Even just doing FaceTime, Zoom, Skype or whatever and talking to other people in some way is going to be better for reducing loneliness and increasing connection.”

For those living alone, who are trying to be socially responsible and practice social distancing— while following CDC guidelines—an important takeaway in times like these is to get creative with how social interactions can occur, according to Mauseth.

“If you can interact in a live way with a real person, that’s your best option, right? So, it doesn’t matter if it’s virtual as long as it’s another human that’s responding to you and asking you things about yourself,” Mauseth said.

What resources are out there for those living alone or in dangerous situations, who see no marked end in sight for their current situation? Mauseth says that there’s a good amount of resources to turn to.

“My one recommendation for people that are living alone and isolated is if you can’t connect, even with family or friends, to virtually connect with a therapist and talk to one another—because that’s something,” Mauseth said. “Any face-to-face live human interaction through the internet, or whatever platform, is a good thing.”

Spending each day in her Seattle studio apartment, Larson has noticed how suddenly her daily routine has changed and specifically, how it’s been affecting her mental health as well.

“I’m used to going out and doing things with my friends, thrift shopping and things like that, but I don’t know when it’s going to be safe to see them again,” Larson said.

Like Larson, many people’s mental health flourish with face-to-face socialization, so situations like the one we currently find ourselves in can bring up many unexpected challenges.

“I’m a person who likes socialization and I need my own space after continuously socializing,” Larson said.

With half of Seattle residents living either without yards or inside apartment complexes, many are noticing that, without any outside activity or momentum, they’re experiencing a lack of motivation.

“It’s somewhat hard for me to figure out how to pass the time, I don’t like doing that much by myself,” Larson said. “So, it all depends on how much motivation I have and how well my mental health is doing and that depends on a lot of other factors—weather is sometimes one.”

With spring in full swing and Seattle’s weather finally granting citizens prolonged exposure to both sunlight and heat, it is hard to imagine not going outside and soaking up every last drop of Vitamin D.

However, during this time, some may be anxious about exposure risks—even if outside alone.

“We’re all sort-of paused and also have things that I want to be doing, but I can’t because no one can do anything at all right now,” Larson said. “Today, for instance, I might not be feeling super social, so I’d go outside somewhere and sit by myself since it’s 80 degrees out, but you can’t do that.”

Recounting her mental health experience throughout the pandemic, Junior Strategic Communication and Media major Haley Cummins has experienced many ups and downs.

“[It] was a little bit of a roller coaster. In the beginning, I feel like I went through the stages of denial, anger and some grief,” Cummins said.

In addition to the varying degrees of stay-at-home order, there are more unknowns when considering the shift to learning online.

“I feel like I was a little angry before states issued stay-at-home orders, hearing about people still going out and living their best lives,” Cummins said. “Once they issued the order I was really upset since Seattle U announced that spring quarter was moving online because learning and deciphering information is not at all the same as learning in the classroom.”

Cummins moved back to Kent, WA once Seattle U declared that all courses would be conducted online. She’s one out of approximately 14.5 million U.S. college students that had to decide whether or not to return home amid the pandemic.

“Being in the house every day with your family, you go a little crazy. My mom and my sister are both teleworking and it’s hard to find a space when it’s time to go to class,” Cummins said.

Cummins typically attends her online classes in the kitchen or outside, when she can.

Overall, in her current state of mind, Cummins is trying to stay positive and pinpoint the brighter aspects of life as it is now.

“Sometimes I feel kind of guilty for not always paying attention to all the inequalities and problems arising out of this. Honestly for me in some ways quarantine has been nice,” Cummins said. “I believe you always have new things going on in your life, but you don’t necessarily slow down and pay attention to them until you have an opportunity like this.”

The greatest unknown for many is when they will be able to resume normal daily activities and when things will go back to “normal.”

“The absolute most common result from any kind of large- or small-scale disaster is resilience…We know people are resilient, so that’s the answer for the long-term. I think that will happen eventually, but we’re not done with this yet,” Mauseth said. “I think we’re going to have to concoct more plans in the fall, there’s a lot we don’t know about antibody testing, et cetera. But the result is going to be resilience because that’s what humans do. It’s going to require a lot of creativity, persistence and looking out for each other in the meantime but I’m confident that’ll be the outcome.”