Your Fave is Emblematic: Zoom Calls with Charli 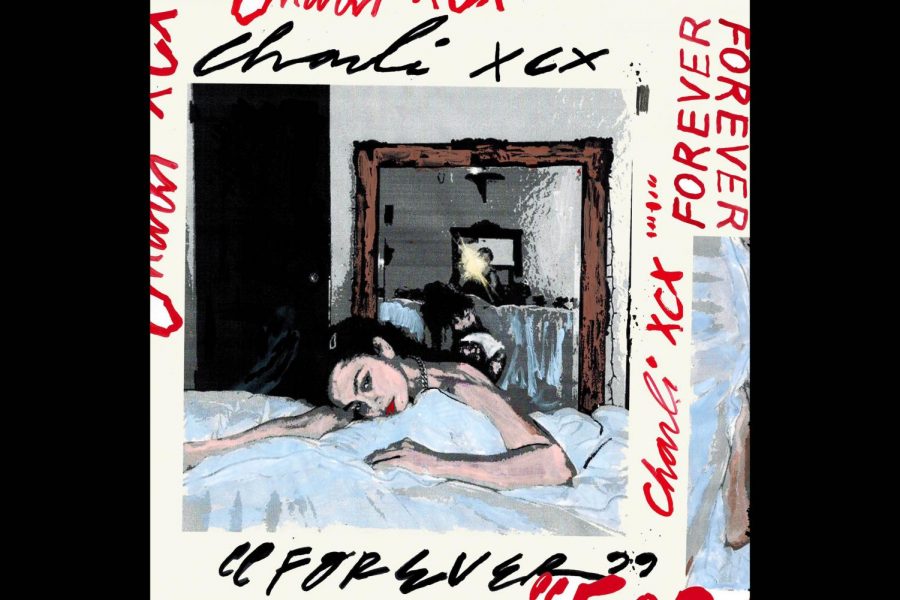 With Charli XCX's latest release, "Forever," she proves that some of the best work can be done at home.

On a beautiful Friday night at the end of March, as families were cozying up in bed, Charli XCX was gearing up for a DJ set on Grindr’s Instagram live for girls and gays across the world. With the music industry seemingly grinding to a halt, Charli XCX was using her social media presence as a creative outlet, feeding her fanbase with daily Instagram stories and journal entries.

On April 6, she redirected this creative energy back towards her music. She announced that she would be releasing a new album, “how i’m feeling now,” on May 15.

When Charli made her announcement on an exclusive Zoom call, she told fans that she had already written an album, but that it didn’t feel right to release it at this time. Instead, she would hold that work for a while longer, writing and producing an entirely new album from shelter-in-place in the span of less than six weeks.

Aside from the fact that it would be written from shelter-in-place over an extremely tight timeline, there’s something else that’s notable about this album. Charli told her fans that she would be broadcasting the whole process on her social media platforms, involving fans in decisions such as artwork, lyrics, song titles and release order.

Seattle University alumna Kasha Bradford-Adams created a Zoom account, turned on Twitter notifications, and frantically refreshed her Instagram feed in preparation for Charli XCX’s Zoom call. In the end, she was one of the 1,000 fans who made it onto the call, seconds after Charli tweeted the code.

“All of a sudden, Charli’s face was on my screen, looking at me,” Bradford-Adams said. “It felt like for a second it was just me and her, which I know cannot be true. But I really thought it was super intimate…and the chat suddenly blew up and it went from being zero messages to 3,000 messages.”

Much like a tiger catching its prey—or better yet, a zoo owner plotting an intricate murder—Charli XCX sprang to action after the announcement. A mere 26 hours later, she was back on Instagram live, this time with a full instrumental track, and she asked fans for input on the lyrics. The following day, she tweeted to get a vote on what artwork to use. A mere 72 hours after she started working on the album, she dropped the first single,“forever.”

Though Charli XCX is known for her radio and dance club hits—such as “Vroom Vroom,” “Boom Clap” and “Blame It on Your Love”—this song hit a deeper, more vulnerable nerve.

The production is grimey. The use of white noise is reminiscent of ocean waves, crashing against the vocal track, with layering similar to what you could find from Imogen Heap or Bon Iver. The noise crescendos, suspending the rhythm as the instrumentation recollects itself for the second verse. During the bridge, the synths sound almost violent as they chirp behind Charli’s vocals.

The lyrics would suggest that it’s a love song as Charli sings, “I will always love you, I’ll love you forever.”

Upon a closer listen, Charli seems to be telling the story of a bittersweet separation: “Now we’ve got to let this go…I’ve got to give you time to grow.” This song does not tell the story of a romance, but instead of a platonic love that requires an end to the relationship for the sake of the other’s growth.

“You can be deeply in love with someone but know that you’re not supposed to be together, you’re not good for each other,” Bradford-Adams said. “The act of love is not being with them.”

For Bradford-Adams, Charli XCX is an artist whose music has accompanied her through several emotional transition periods in her life. And as the globe faces the pain and trauma that comes with a pandemic, she said that Charli’s music serves the same function for the broader community—it can be a place of personal healing as well as communal healing.

And as Charli involves her fans in the process, soliciting their present thoughts and feelings, her album becomes a historical document of sorts: an artistic rendering of how this community is handling the pain of current events and the complex emotions that accompany a global pandemic.

“By having people so involved, I think that it is a very communal healing space,” Bradford-Adams said. “Even if we’re with our loved ones, even if we are with the love of our life or our best friends, we still feel isolated and alone because so much of our lives has been put on hold.”

From her specific brand of sonicly innovative electro-pop, her collaborations with up-and-coming artists and now her direct fan involvement through social media platforms, Charli XCX is changing what it means to be a content creator. As she democratizes her songwriting and creates spaces for empathy and healing, she’s engaging with social media in new ways to generate a fanbase, triumphing in face of the disastrous circumstances.

As fans await her next release, the single “claws,” they will be refreshing Charli XCX’s Twitter feed instead of obsessing over their News app—for better or for worse. And though the future may be unknown, Bradford-Adams knows one thing for certain.

“This album is really going to fuck me up. I really think that I will cry. I’m almost crying right now, talking about it.”