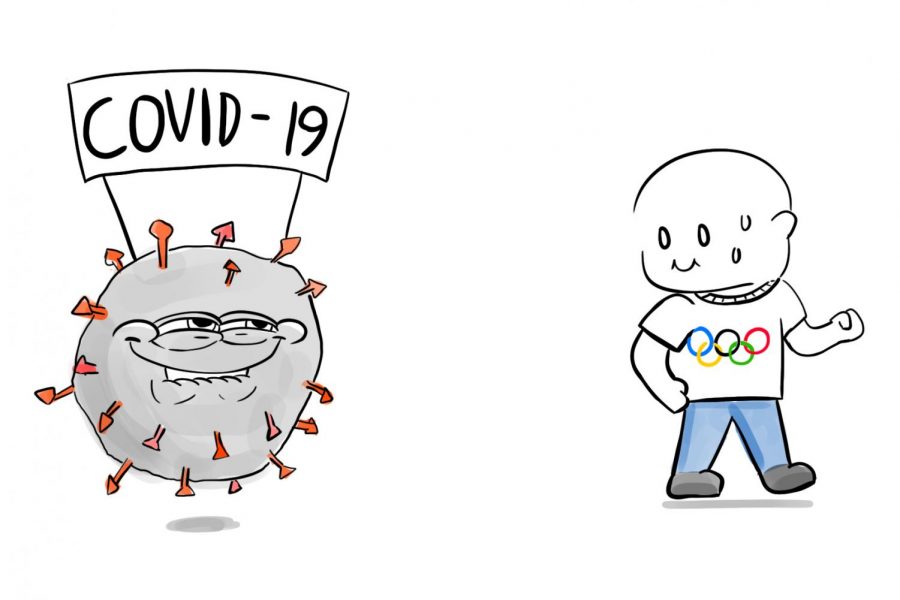 President Thomas Bach of the International Olympic Committee (IOC) and Japanese Prime Minister Shinzo Abe agreed to postpone the 2020 Olympics by exactly one year due to the current worldwide devastation caused by the COVID-19 pandemic.

This marks the first time that any modern edition of the Olympics has been postponed for a reason other than war. The COVID-19 pandemic that began in Wuhan, China and has since spread worldwide has led to complete societal stoppage everywhere—sports are no exception. College and professional seasons ended abruptly, some before they even began. Due to their global nature and symbolism of world unity, the 2020 Olympics were the last major sporting event to be delayed due to the novel coronavirus.

The Olympics were scheduled to begin on July 24, 2020 and end in early August. Initially, the Olympics’ organizers and the Japanese government gave themselves a four-week period to decide whether or not to postpone the games. During this time, the group continued to inform the public that until further notice, the games would proceed as scheduled.

However, the Olympics are ripe for the spread of COVID-19. All athletes live close together in the Olympic Village and thousands of fans attend the various sporting events. Thus, as the pandemic intensified, nations and athletes began protesting and calling for the Olympics’ postponement. According to Kelly Cohen of ESPN.com, the US Olympic Committee sent a survey to thousands of American Olympic hopefuls, and seven out of ten respondents supported the Olympics being pushed back from July.

This lack of consensus is not surprising, given that the decision to delay the 2020 Olympics has the greatest impact on athletes. Most Olympic athletes have spent the last three or four years training for this summer’s competition, often the culmination of a lifetime of hard work. Now, they have to train for another year while trying to avoid injury or anything else that might jeopardize their chances to compete next year.

Additionally, some older athletes who were thinking about retiring after the 2020 games may not want to keep training for the rescheduled Tokyo Olympics. Nevertheless, most Olympic athletes believe that the IOC made the right call in postponing the Olympics due to the Covid-19 health risks.

The financial impact of the Olympics’ postponement is also massive. Many athletes will suffer financially as they will have to fund an extra year of training. Cheryl Robinson of Forbes.com wrote about how only the most well-known athletes get endorsement deals, while their fellow Olympians have to pay for their own training and travel. Host country Japan, as well as sponsors and broadcasters, stand to lose billions of dollars from this unprecedented postponement.

Right now, countries around the world are being pummelled by the effects of the Coronavirus. The IOC, among others, ruled that it does not make sense for a global competition the scale of the Olympics to happen in a few short months.

Jordan Raney, an Olympic hopeful for the United States Women’s Water Polo team, perfectly summed up the societal importance of the Olympics and why they will be so impactful whenever they are held, noting the potential for unity once the pandemic is behind us.

“If the Olympics do happen, it will bring the world together and spread joy,” Raney said. “The Olympics are really special as for three weeks every four years they bring about the greatest amount of world peace.”

Hopefully by the summer of 2021, the coronavirus pandemic will have subsided and Tokyo will be able to host the summer Olympics that they have long-prepared for. If anything, the Tokyo Olympics in 2021 could do the best job of helping the world unite and recover after this unprecedented global health crisis.