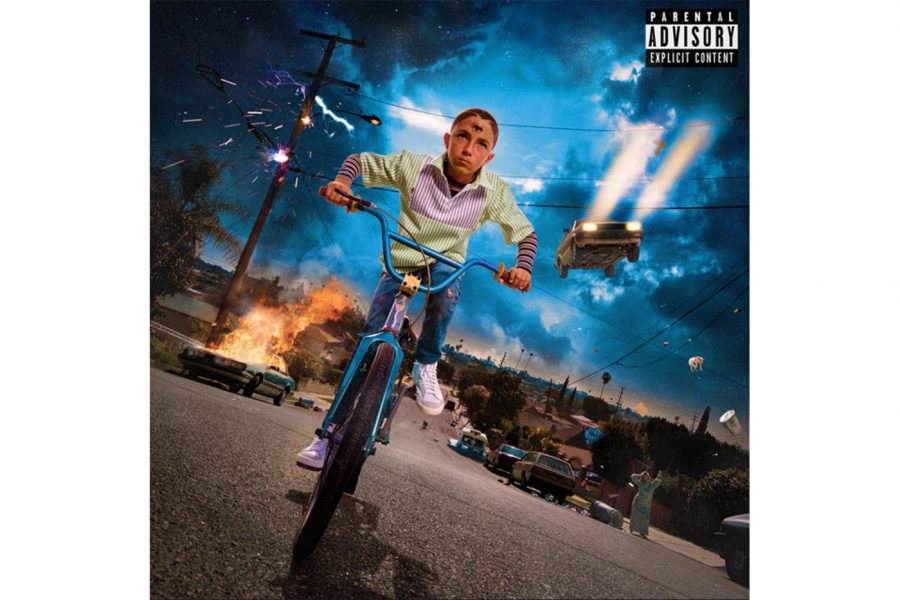 It’s hard to think of an artist more on top of their game right now than Bad Bunny. For years the 25 year-old reggaetonero was rolling out global hit singles with ease before taking his place among the elite in Latin pop with his 2018 debut album, “X100PRE.” Even then, Bad Bunny left no doubt that he was a force to be reckoned with, showcasing a range of styles and modes from the rugged rap of “Ni Bien Ni Mal” to the pleasantly surprising Latin-Punk-Pop fusion of “Tenemos Que Hablar.”

Now, with the much-anticipated emergence of his sophomore album, “Yo Hago Lo Que Me Da La Gana” (I Do What I Want), it is clear that El Conejo Malo is sure to continue surfing the Latin trap wave.

Much of Conejo’s work seems to center around an ex, though never named, and “YHLQMDLG” is no different. In the eerily peppy “Si Veo a Tú Mama,” he hopes to run into his ex’s mother, so that he may have a glimpse back into her life once again. Debatably the best song on the album, “Ignorantes” features the underrated panamanian singer Sech as the duo laments lost relationship and lingering feelings.

Contrary to this sentiment though, the unapologetic song “Pero Ya No” has Benito emphatically declaring that he’s officially over this ex, as he says “Antes yo quería, pero ya no (I loved you before but not anymore).”

My only criticism—and this is true for most of Bad Bunny and other reggaetonero’s music—is that he doesn’t feature female artists on his songs when there’s a slew of talented reggaetoneras in the industry. The sole female voice on the album belongs to Genesis Rios, also known as Nesi, who sings the cheeky hook on “Yo Perreo Sola.” For this, Nesi received only a writing credit on the song.

Female voices are often overlooked in the world of Latin music, and particularly in musica urbano. In much of musica urbana, male artists show women only as bodies to be ogled at, or as trophies by their side. While women like Natti Natasha, Annita and Ivy Queen—also known as the Queen of Reggaeton—are now gaining more recognition for their talents, this album would have been a perfect opportunity to blend some of reggaeton’s greatest voices with Bad Bunny’s own.

That said, Bad Bunny’s lyrics do go past those typical of much reggaeton. Yes, Conejo Malo has plenty of hits like “Safaera” and “Está Cabrón Ser Yo” that center perreando—the style of dance that accompanies reggaeton that may be described as a mix of whine, merengue and salsa. Though el perreo is a dance typically done with another person, sometimes you’re tired of waiting for a partner and have to go at it yourself, as Nesi sings in “Yo Perreo Sola.”

Apart from his musical style, Bad Bunny’s fashion is truly a wonder to behold. The range of themes showcased in his musical artistry is similarly mirrored in his colorful, nuanced, and unapologetically unadulterated drip.

Whether serenading Shakira at the Super Bowl Half-Time Show in a sequined silver trench coat, with matching du-rag, or pulling up to la pachanga (houseparty) with Drake in a pair of striped overalls, Bad Bunny’s swagger is boyish, confident, and cannot be contained.

In fact, Bad Bunny’s idiosyncratic swagger is so intertwined with his effervescent personality that the self-assured reggaetonero manages to pull off even the corniest and cliched looks in the music videos for “YHLQMDLG”.

In the video for “Si Veo a Tu Mama,” Bad Bunny rocks out in a teal and salmon-colored tropical print button-up paired with doofy khaki’s one might expect to find their dad wearing in an old yearbook photo. Next, in “La Dificil,” Bad Bunny goes full NSYNC-era Justin Timberlake with his blonde frosted tips while simultaneously channeling every early-2000s rapper in a baby blue velour tracksuit and matching headband.

Intentionally antiquated, each one of the looks sported by Bad Bunny reference the late 1990s/early-2000s—evidently an important and formative period in Bad Bunny’s life.

Interestingly, “YHLQMDLG” is in many ways a throwback. Not only does he sport some of the most cliched 90’s/early 00’s apparel in his music videos, but Bad Bunny chooses to feature many trailblazing reggaeton artists from yesteryear in Daddy Yankee, Yaviah, and Nengo Flow.

Consequently, many of the tracks from the album illustrate a re-imagining of the urban, old-school reggaeton beats Bad Bunny grew up with. Specifically, the standout, gear-switching track of “Safaera” was specifically crafted as an ode to the old-school marquesina sound according to Nengo Flow who was featured on the song.

Despite the meteoric rise of Bad Bunny, fans of his music should steel themselves against the prospect of an early retirement for the young reggaetonero. Bad Bunny’s music, which weaves so effortlessly through yearning, anguish, and the euphoria associated with partying at the club, has evidently taken a toll on him.

In the outro to “YHLQMDLG” in the song “<3,” listeners are met with a solemn Bad Bunny, orchestrated through lyrics: “Este disco está cabrón, lo hice pa’ vosotros, ey (This album goes hard, I made it for you all, hey),”“Y en nueve mese’ vuelvo y saco otro (And in nine months I’ll come back and drop another)” and “Pa’ retirarme tranquilo como Miguel Cotto (To retire peacefully like Miguel Cotto).”

Confessing that he may put out another album in the next nine months, but that he will most likely retire shortly thereafter, Bad Bunny draws a comparison to former Puerto Rican World Champion boxer, Miguel Cotto, who retired suddenly in 2017. Bad Bunny’s recent contributions to the Latin music genre, first with “X100PRE” and now with “YHLQMDLG,” have been historic and one hopes that the best is yet to come—even if his third act proves to be his last.