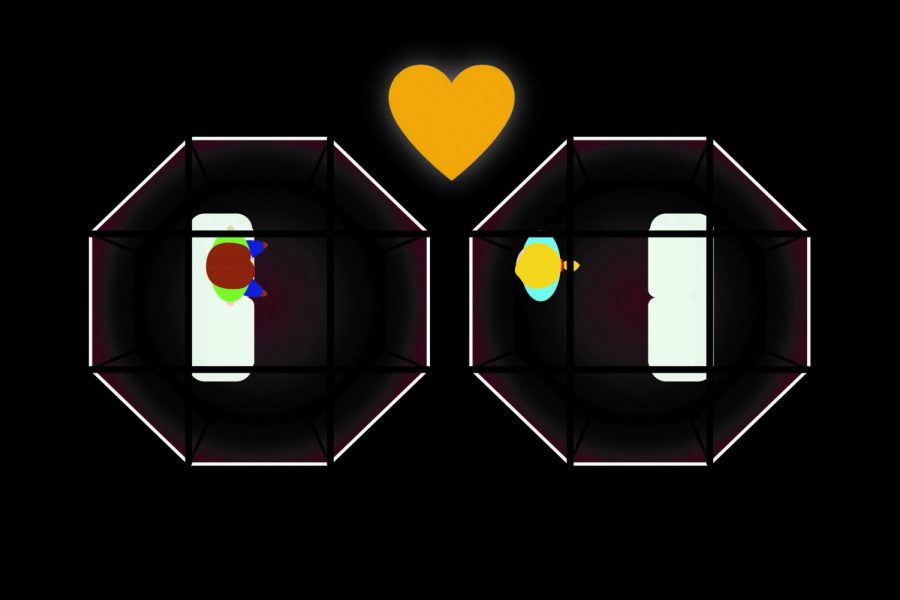 Brides ran, grooms cried, parents freaked out, the entirety of dysfunctional wedding antics were on display during the “Love is Blind” finale, as the cast came back together to reflect and decompress on the “experiment” two years later.

I thought “Love is Blind” would soon turn into a distant memory—one that resembles a fever dream—but that is not the case. Airing March 5 on the Netflix Youtube channel, the pod-grown couples came together to debrief almost two years after filming.

These couples, if they ended up together, are on year two of their quasi-arranged marriages. Netflix’s Youtube channel feels like an afterthought, and since the show was already a Netflix original series, it’s a little surprising a reunion—which would presumably pull so many viewers—would be on an online competitor’s platform. Understandably, Youtube and Netflix have different objectives, but as Youtube delves further into advancing their own streaming services, it feels almost counterintuitive to watch Netflix is pushing their presence on Youtube.

At the reunion, we got to revisit the couple that didn’t even make it past Mexico, the destination for celebratory engagement trip—Diamond and Carlton. I thought their apology was very nice, super civil, but I also liked that it was very obvious Diamond was there to shut things down, even though Carlton might not have been that eager to put her in his past.

Giannina and Damian are dating, and I commend them for making it past a “no” at the altar, but don’t know how that amount of embarrassment is surmountable or how there could be a relationship on the other side. If he says no once, will he ever say yes?

I talked to Seattle University students who have yet to finish the show to see where their predictions were regarding who would stay together—and to no surprise at all, they were both betting on Kenny and Kelly, who alas, did not make it.

“Kenny and Kelly are definitely going to stay together. Jessica and Mark are absolutely not going to make it, but they’re trying so hard,” Vitoria Cassol, a first-year design major, said. “No one seems one hundred percent on board which is kind of weird. Damian and Gianina, I feel like they’re really forcing it, it’s so dramatic.”

“I feel like Jessica is giving more of an effort than Mark, but that might just be because they’re on TV. I’m curious if they’re getting paid or what the other factors are,” Goldenberg said. “I feel like for the relationship to work they would have to have so many deep off-camera conversations, but it doesn’t seem like they have. Their whole relationships are super surface-level, and you would think there would be a lot more off camera time but I really don’t think there is, it’s like we’re seeing everything.”

My main critique of the reunion show centers around the hosts, Nick and Vanessa Lachey. Almost every time it would get good, there would be a redirect to another couple or question. Right when a fight was ready to ensue, or tears started falling, they would switch the subject, seeming a little too eager to move on. These cuts were also apparent to Goldenberg, even before the finale.

“I can’t really tell how they cut it versus how it actually unfolded. It’s kind of hard to tell when things happened in real life, because it’s cut so short,” Goldenberg said.

I was most curious to see any developments in the Amber-Barnett and Jessica-Mark “love square,” with the little surprise: Mark and Jessica are not together. Shocker.

Jessica went home and then to Los Angeles to find herself— a very unique approach. She delivered what seemed like a genuine apology to Amber, who still holds what can only be described as the hardest of feelings towards Jessica. Barnett just sat there awkwardly, saying he probably could’ve chosen better words in the pods, managing to stay out of the conflict entirely. In solidarity with the women, it’s fair to get pissed at him for leading them both on at the same time! Amber, with a whole two years to move on, still has not forgiven Jessica, she’s “just not there yet.”

Again, if you have not watched Love is Blind, add it to your watch list. It is unbelievable that these sort of drastic, lasting relationships can be made so quickly, but that shock-value makes for plenty of entertainment.