A Fraternity Divided: How the Seattle University Chapter of Kappa Sigma Fell Apart Amid Allegations 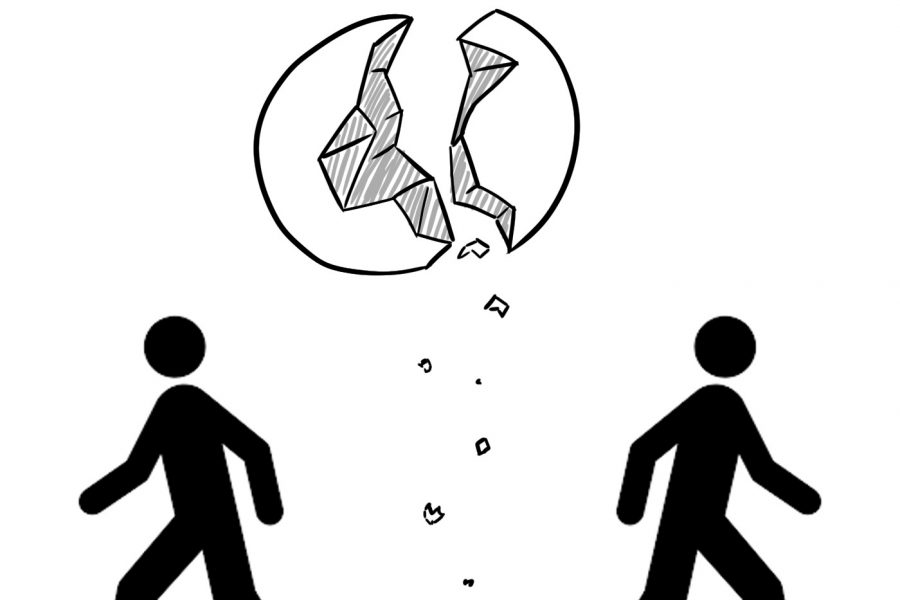 Several allegations in the Kappa Sigma Seattle chapter ultimately led to the fraternity’s breakdown. The former Kappa Sigma president, Sergio Palomino, is alleged to have stolen funds from the fraternity by using the chapter debit card on an out-of-state trip, according to an anonymous source. After confrontation from other members, Palomino eventually paid the money back. Other accusations against former members from Seattle U arose, including that they wished to haze other members, according to an alumnus advisor in an email.

Seattle U does not endorse nor sponsor Greek life, so Kappa Sigma is not officially affiliated with the university. Rather, it is part of a larger international fraternity of the same name, with headquarters in Charlottesville, Virginia. In Seattle, Kappa Sigma organized parties, regular “brotherhood events” like “Taco Tuesday” and “Wing Wednesday” and a December formal dance at a rented venue in University District.

The fraternity would recruit members by reaching out to male-identifying students over social media, trying to connect them to a personal meeting with existing members.

“I wanted to be part of a community that I felt I’d connect with and being part of Seattle U, I could not find a lot of these types of communities that would let me feel like part of a brotherhood,” a second anonymous source said. In September 2019, there were approximately 20 members. By the beginning of February 2020, there were around 30 members.

Following the alleged theft, members of the executive committee of Kappa Sigma—which included a vice president and a treasurer among a total of six members—asked Palomino to step down as president. Palomino allegedly refused. According to the first anonymous source, this led to the dismissal of three of the members of the executive committee who had voiced their concerns on the alleged embezzlement.

The Spectator reached out to Palomino who refused to comment directly on the matter. He referred The Spectator to Tyler Miller, an alumnus advisor of Kappa Sigma., Miller released a statement to the Spectator through email, claiming Palomino was not at fault. The statement is included below in its entirety:

“The Colony is in good shape and growing. Unfortunately, we had to remove a few Seattle U students who wished to haze one another—something Kappa Sigma has zero tolerance for. Unsurprisingly, it turns out some of those students sold drugs too. Understandably, they’re probably a little upset that we removed them. There are no funds stolen from the Colony & it is financially healthy. Kappa Sigma is very tough on our Chapters, Colonies and all of our members both in and out of school. Membership in Kappa Sigma is a gift, not a privilege. Those that don’t respect or follow our rules, are removed. We encourage the University to review its admissions standards as we were very surprised to find students at Seattle University who wanted to haze & sell drugs. Not something Kappa Sigma welcomes.”

In a meeting on Feb. 10, the remaining members discussed the issue, and why the three former executive council members were kicked out. Some members spoke out, sharing their stories and perspectives. According to both anonymous sources, as a result of this meeting, approximately 75% of the fraternity members decided to leave the organization. This meeting was intended to be an election meeting, according to the second source. A representative of the Charlottesville headquarters attended, according to the first source.

Two of the former members rented out a house which Kappa Sigma used as their “fraternity house.” The two former members currently still live in this house but have discontinued the house’s connection to Kappa Sigma. They plan on renting out rooms to friends next year, according to the first source.

The future of Kappa Sigma remains unclear. According to the second source, the Seattle chapter of Kappa Sigma still exists today, continuing an affiliation within the international organization. Palomino remains a member.

One of the three executive council members who was kicked out of Kappa Sigma is now the president of the Pasta Club, a new club composed of former members of Kappa Sigma. This club is an attempt to continue some of the friendships founded in the Kappa Sigma chapter of Seattle U. The club meets every Sunday for a pasta meal.

“I think internally we’ve always had issues from the beginning like with the management or with the upper council members,” the first source said. “The organization wasn’t set up 100% correctly. So, I think it was just a matter of time for something to happen like that. And it could have happened to anyone.”