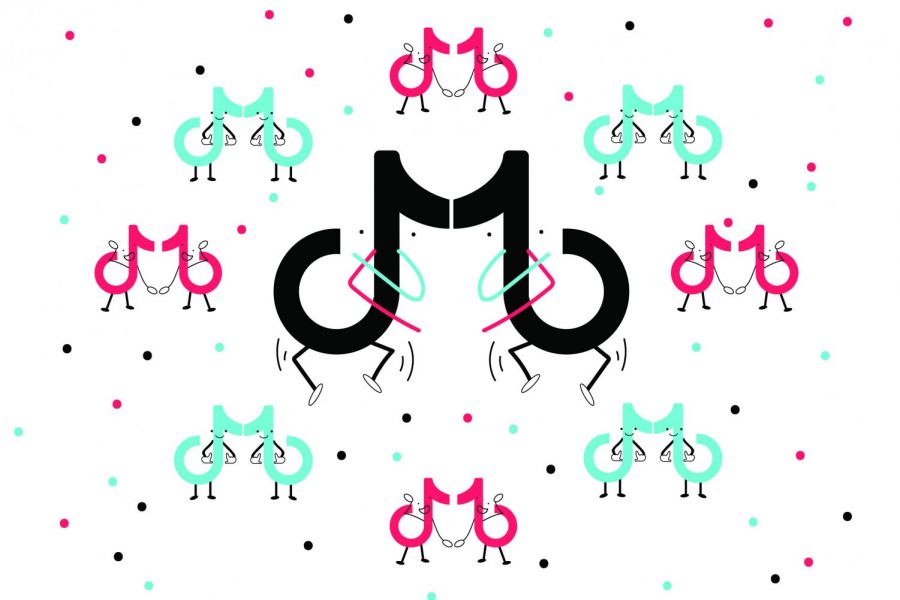 The newest app taking the world by storm—Tik Tok—has sparked multiple conversations around the app’s unprecedented blend of comedy and political awareness.

Buried beneath videos of Tik Tok famous teens Charli D’Amelio and Lilhuddy, there’s an overabundance of creators who deliberately educate the community on everything from art, to sustainable fashion and reproductive health and politics.

“Originally I got it because I knew that people could blow up fast. So, strategically, I kind of figured out what my niche was and went from there,” Ferraro-Michaelson said.

The platform is known for its unusual algorithm; unlike Instagram, where a person’s feed is curated solely from the accounts they follow, Tik Tok shows your video to a small circle of users between popular videos to ensure the user stays entertained. From there, the algorithm measures the video metrics—likes, comments, shares and downloads—and determines whether to continue propelling your video to larger circles of users.

“I didn’t tell anyone that I did it, my friends, no one. I was just messing around,” Ferraro-Michaelson said. “My friends from home would text me like ‘What? You have a Tik Tok?’ Then suddenly, one of my first videos blew up.”

Entering an industry as competitive as fashion is often intimidating. It’s an industry where personal connections and past achievements dictate the trajectory of your career. For Ferraro-Michaelson, the app is already giving her a competitive edge.

“I’m not studying fashion and it’s already hard to get into the industry and make it, but I like the app for selling stuff. I was like, ‘Oh, I have this platform with a huge audience that are getting to see my clothing firsthand,’” Ferraro-Michaelson said. “Recently a representative from Motel Rocks DM’d me asking if I was interested in a collab. Now we’re working together.”

For many others, the Tik Tok experience is revolutionary. Having amassed over 174.8k followers and 2.9 million likes on his account alone, Tik Tok fame was an accidental gift for model and Seattle U First-year Cole Kippes.

“I started posting in April of 2019, and at first I just wanted to mess around with my friends,” Kippes said. “I didn’t like Tik Tok at first, I thought it was kind of cringey, then I went on it and found it was actually funny, and eventually I decided to post.”

The main reason Kippes remained on the platform was the quality comedy content. Reminiscent of the Vine craze, the app is full of both amateur and professional comedians creating gut-busting videos.

The platform additionally aims to give creatives another outlet to promote their brand.

“If you have good creative ability, you’ll get a lot of fans from it. Then again, if you don’t, you might get hate for it,” Kippes said. “I like Tik Tok, I think it’s fun. It’s very addicting though, you’ve got to watch for that.”

Like other social media phenomenons, Tik Tok isn’t “just for the kids.” The app has gained a staggering 500 million active users and surpassed YouTube as the most downloaded app, with 33 million downloads on the iOS App Store.

Out of the 500 million users, over 50% fall into the 18–34 age range, fueling discussions of popular political, social and environmental topics.

First-year Strategic Communications major Claire Livingston falls in between active and passive use of the app. She’s begun to notice some questionable things from the app’s manufacturer.

“The things I do see are probably focused on political stuff and raising awareness. Since Tik Tok is owned by Chinese media, there’s a lot of censorship, particularly of Chinese politics,” Livingston said. “There are concentration camps in China currently and people will make videos about it, and their account will get suspended, which is incredible to see happen right before your eyes.”

In addition to politics, there are some more wholesome sectors of the app.

“There’s a lot of sexual health and sex education which is something I’m super passionate about, so it’s nice to see that on such a broad platform,” Livingston said. “There’s also a cool thing where an older person on Tik Tok will act as a mother figure on a screen, making motivational speeches, lunches and such.”

All in all, Tik Tok has reached an unprecedented peak that cannot be ignored. From a student perspective, it’s an artistic way to build your social media marketing portfolio or boost engagement on other social media accounts.