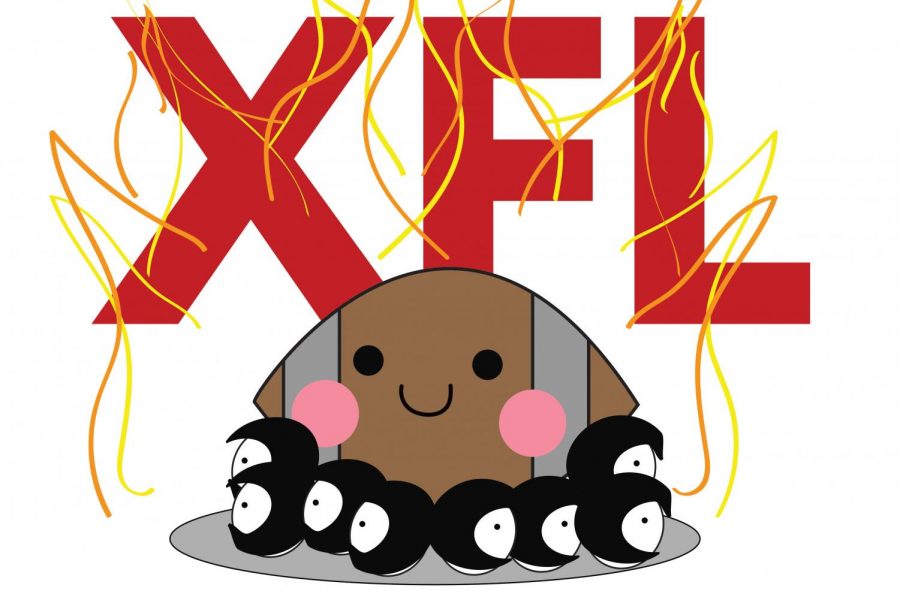 Got the football blues after the Super Bowl? Worry not, the XFL has arrived. The XFL consists of eight teams, one of which belongs to Seattle, home of The Dragons. The XFL has similarities to the NFL, but there are some key differences in rules and game play.

In 2001, the XFL had their debut season. Back then, 50% of the XFL was owned by the World Wrestling Federation, better known as WWE. The XFL had a goal of being a grittier game than the NFL, relying on the influence of wrestling’s roughness. The XFL lasted for one season after its debut, and after talks of rebooting the league in 2018, the XFL returned with official gameplay on Feb. 8, 2020. The league is made up of former collegiate players and others not quite at the level to play in theNFL.

Fans of the NFL and NCAA football wanted to see a change in the game. A large part of XFL has to do with safety—kickoff is safer due to the fact teams cannot move until the ball has been caught by the returner. In the NFL the teams are set deeper in position during kickoff, meaning that collision at high speeds is far more likely to happen.

Scoring is also handled differently in the XFL, as XFL teams cannot kick points—even after a touchdown. Touchdowns count for 6 points, and teams have to decide if they’ll try for one, two or three points by running a play from the two yard line will earn one point, five yards for two points, or 10 yards for three points. If the defense returns a turnover, instead of kicking, they would simply receive the amount of points the offense was going for.

A large difference between the XFL and NFL replay system is that there is complete transparency in the XFL. In the NFL, when replay goes to the booth, there is either just commentary from the commentators, reactions of fans or players or drawings on the screen. However, in the XFL, people can hear the discussion that happens surrounding the call and how officials came to that conclusion.

During XFL games, immediate responses and reactions can also be heard from the players through live sideline interviews. There is no need to wait until post-game conferences because it can all happen on the field, allowing fans to constantly be in on the action.

Only time will tell if the new XFL will succeed or if it will end up in the graveyard of other failed football leagues.