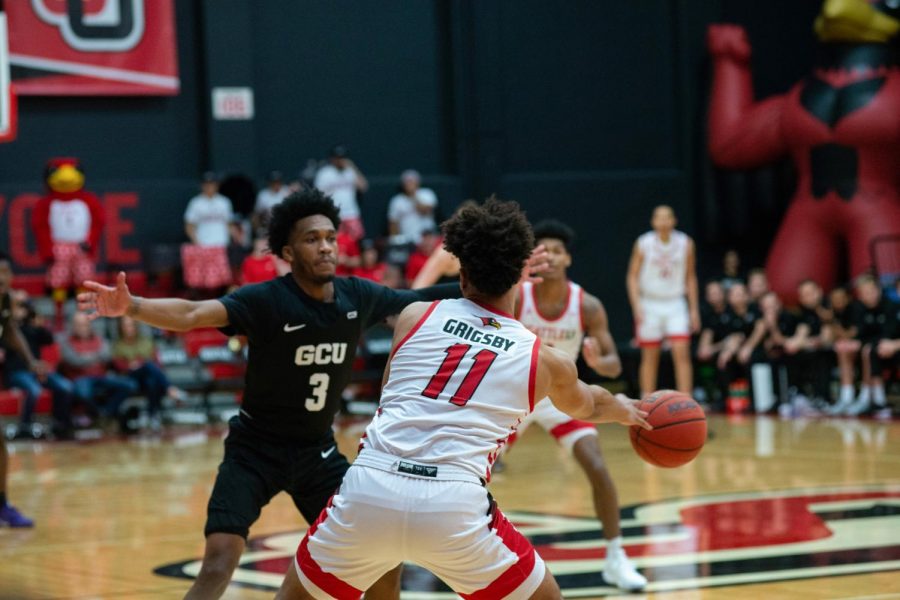 Tennis
The Seattle University Women’s Tennis team took to Spokane to face off against Fresno State University and Gonzaga University on Feb. 22.

The doubles team of Juniors Kyra Jung and Michelle Bader overcame a tiebreaker in the match to win 7-6. Seattle U’s other doubles team of Sophomores Martina Asciuto and Hannah Grossman beat their opponents by a final score of 6-3.

Despite the doubles wins, the team lost to Fresno State 4-1. Later that evening, the Redhawks played against home-team Gonzaga and walked away with a 4-0 loss.

The tennis team will head to Colorado to play against Denver University and Air Force this coming weekend.

Track and Field
Track and field competed in their last regular season meet at the University of Washington on Feb. 21.

Seniors Laurel Mack-Wilson and Michelle Newblom set personal bests in their respective events, with Newblom running 8.86 for a new school record the second time this year in the 60 meter hurdles and Mack-Wilson jumping 5’1 in the high jump.

Track will compete at the Western Athletic Conference (WAC) Championships in Nampa, Idaho starting on Feb. 28.

The team started out with a victory behindJunior Shi Smith who pitched the first no-hitter of her career and the fifth in Seattle U Softball history. The Redhawks offense was able to back Smith up and they defeated UC Davis with 3-0.

However, game two of the day saw the Redhawks fall 6-4 to Notre Dame. On Saturday, Seattle U played against Oklahoma University, the No. 3 ranked team in the nation, and fought hard. The team ultimately fell short by just one run, losing 2-1.

Sunday held two more games for the Redhawks. In the first match of the day, they played against the No. 18 team in the nation, the University of Missouri, and won 3-1. In the second game against Long Beach State, the Redhawks lost 9-2.

The team will travel to Hawaii for the Malihini Kipa Aloha Tournament this weekend.

Senior Kamira Sanders scored 23 points in the game; she currently averages the second most points per game in the WAC.. Redshirt Sophomore Hailey Vice-Neat also had a successful day, scoring a new career high of 19 points in a game. The final score was a close 60-63 loss.

Seattle U played against California State University Bakersfield on Feb. 22, but the Redhawks lost again by a score of 55-43.

The team will play their last home game of the season against California Baptist University on Saturday, Feb. 29.

Golf
The spring season began for golf over the weekend in Phoenix, Arizona at the Grand Canyon Invitational.

The team took fourth in the tournament overall, with Junior Kimberlee Tottori scoring the best out of the Seattle U golfers, finishing second place overall.

Golf will play in the Dr. Donnis Thompson Invitational on March 10-11 in Kane’ohe, O’ahu, Hawaii.
Men’s Week In Review: Basketball Bounces Back to Take Win

Baseball
The Seattle University Men’s Baseball team started their week on Wednesday with a game against the University of California, Riverside. With notable performances on the offensive side, Seattle U accomplished a 7-1 victory.

Junior Connor O’Brien led the team with a career best four-hit, scoring twice and driving in one.

The Redhawks continued their week at the Tony Gwynn Legacy Classic in San Diego, where they fell 6-2 to the University of Southern California (USC). Despite the end result, O’Brien led the team with a home-run and a solo shot.

In the second game of the day, Seattle U also fell 6-2 to University of San Diego. Junior Justin Mazzone was the star of the game with a home-run.

The Redhawks finished the tournament with a 9-2 victory against Southern Illinois University. Notable performances included Mazzone, who led the team with a 3-for-4 outing. O’Brien also aided the Redhawks in their win after a three-hit day in five at-bats.

The team will continue their season on Feb. 28-29, when they host a four-game series with Pacific University.

Basketball
The Redhawks began their week at the Redhawk Center on Thursday, where they faced Grand Canyon University. Despite recent losses, the Redhawks managed to end the game with a 95-89 victory.

Redshirt Junior Terrell Brown became the second Redhawk to achieve 1,000 career points after scoring 31 points in the game. He also added 10 assists to lead the team to victory.

Basketball continued their week with another home game against California State University, Bakersfield. The two teams had a close first half which ended 25-25.

Nonetheless, Seattle U picked up speed in the second half and claimed the 69-54 win against the visiting team.

Seattle U will be back in action on Feb. 29 when they travel to Riverside, California to face California Baptist University.

Tennis
The tennis team headed to Gonzaga University for a match last Saturday. The Redhawks fell short to the home team, but left the contest with some positivity. Senior Adrian Alvarez Sanabria posed some promising numbers (4-6, 2-3 unfinished) against his opponent, Matthew Perkins.

The Seattle U Tennis team will be back on Feb. 28 when they compete against Air Force University in Colorado Springs, Colorado.

Track and Field
Seattle U’s track and field team competed in the Last Chance College Meet at the University of Washington with three new school records.

Seattle U will continue their season next week when they head to the Western Athletic Conference Indoor Track and Field Championships at Boise, Idaho, on Feb. 28-29.

Golf
Seattle U’s men golf challenged themselves in a contest at the Wyoming Desert Collegiate. It was the second competition of this season, and they ended it in 15th place as a team.

Sophomore Jack Rahon led the team with a minus-one 215 score.

The golf team will have no time to rest, participating in The Joust Tournament in California on Feb. 24-25.