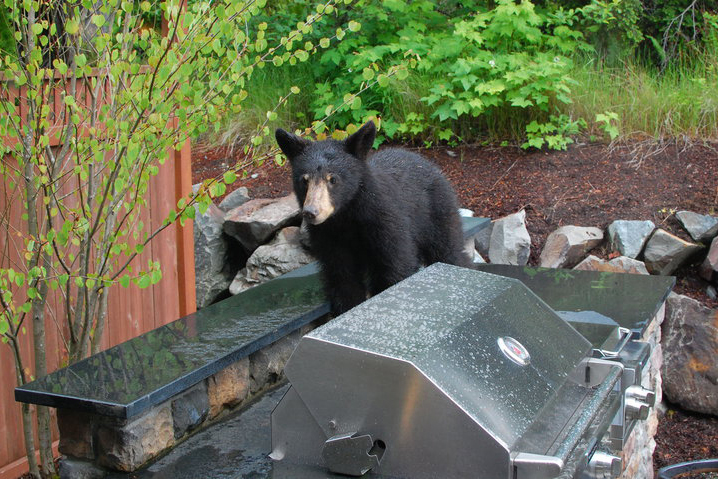 The Seattle Urban Carnivore Project monitors specific species that have been seen near developed areas in Seattle, such as the black bear.

Rats and pigeons are among the most visible “wildlife” in an urban city like Seattle. The Urban Carnivore Project—a research and animal protection project involving Seattle University community members involved and the Woodland Park Zoo—can serve as a reminder that there are animals in the immediate area that need help surviving in an urban environment.

Through a series of motion-activated and infrared cameras around the city, the project is able to monitor animals without disturbing them. By knowing the areas that the animals exist in, as well as their habits, scientists hope that they will be able to better understand how they interact with the new environment.

The program was started by Seattle U biology professor Mark Jordan along with colleagues at the Woodland Park Zoo. They aim to protect animals in the Seattle Metro area and educate people about them.

“We are in a whole new territory with this project,” Jordan said. “Everyone is adapting—the animals and us. We are all just trying to live in a way that we can all just exist and not let anyone get hurt. So it’s a process, and one that we are still adapting to.”

With the expansion of the city into many habitats of native animals, some move away from humans while others try to adapt to the changing setting. Animals like raccoons and coyotes can adapt to this new environment with limited natural predators and plentiful scavengable food sources.

These animals are often considered vermin though, which is an image that the Urban Carnivore Project is trying to break. By educating people about proper waste management as well as how to keep pets safe, they hope to allow these animals to coexist better with people.

Other animals like bears and mountain lions try to adapt as well, but many people do not know how to properly interact with them, which could end up hurting both parties. This is why education is a big part of the project.

Jordan is involved in recruiting members of the community to be what they call “armchair scientists.” The organization gets a huge quantity of photos from its 36 cameras across the area, so going through every photo and looking for animals is not feasible along with the other tasks the project requires. Instead, they look to community volunteers to help identify and catalog the animals to make their research easier.

One of the researchers at Woodland Park, Robert Long, noted how much the program needs volunteers for the project and how important it is to get the community involved.

“Before we were able to release these photos with this program we just had a few volunteers looking through thousands and thousands of images,” Long said. “Now that this platform is running, we have been able to do exciting work with the community that allows us to more efficiently go through these photos.”

Sophie Yasuda, a third-year biology major, has been involved in Jordan’s program and helped set up the camera traps as well as assisted in research.

“Through the project, I have grown to appreciate the abundance and diversity of wildlife present in even the smallest green spaces,” Yasuda said. “Seeing wildlife in parks that are surrounded on all sides by city reinforced my belief that wildlife-friendly city planning should strive to connect fragmented natural habitats. Reading literature on how animals adjust their niches in order to adapt to humans increased my knowledge of our impact on other species.”

They hope to get as many people involved in the project as they can. By allowing the community to participate in the process, they grow people’s scientific understanding of the process and allow people to understand the animals more. Jordan spoke to how anyone can get involved by going to the Urban Carnivore Project website and helping identify animals so that they can start protecting them.

“Woodland Park Zoo has been a great partner in this, helping us to reach so many people that we maybe couldn’t have with this project. But the Seattle U community has a different perspective on these issues and getting as many people involved lets us take steps toward saving these animals’ lives.”