Oscars Make History—But Has a Ways To Go 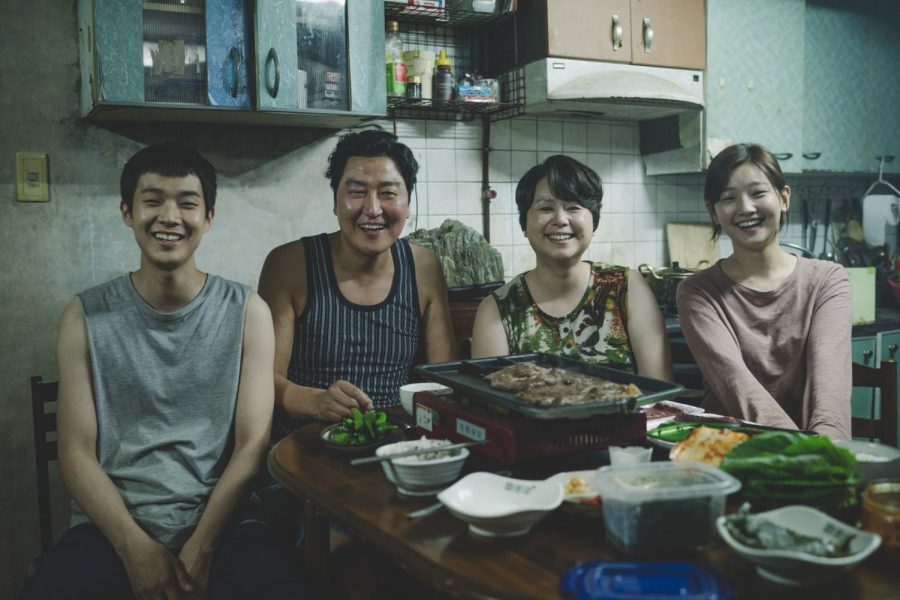 Courtesy of Neon and CJ E&M

A historic finale to awards season took place last Sunday as the 92nd Academy Awards concluded with a huge win for the team of Parasite, as they took home best picture at the end of the night. This is the first time an international feature film has ever won this category, so to see the Academy acknowledge Parasite sets a new precedent for the Oscars and calls for more inclusivity in the future. Bong Joon Ho also won best director, another unprecedented victory for Parasite. The change in the category name this year from best foreign language film to best international feature film also signifies a step in the right direction for the Academy, so it will be interesting to see how that reflects in the nominations for coming years, specifically in the best picture category.

Just weeks ago, Bong Joon Ho called the Oscars a “local” awards show in an interview, and just after that, to see four incredible wins for Parasite is really amazing. The Oscars, when you think about it, are pretty local. War movies get made every few years and bait the academy, and the same people are circulated through the most praised films, the same names get recognized with little variation. These wins for Parasite are symbolic of what I hope is a shift in appreciation for films in different languages or from different parts of the world.

With this incredible win, I saw mostly praise after the show online as people rejoiced that the appreciation of the Academy was starting to expand. This made me think though, about how much more work needs to be done regarding intersectionality in the awards. This is absolutely a victory and deserved no less celebration than it was granted with, but the lack of female representation present again this year becomes no less apparent in the wake of this historic victory. I think it’s hard to implement a system that acknowledges all the great work of all people in film with the rigorous structure of most award shows, but that’s an argument for another time. The lack of women nominated this year was shocking, as it is every year, but still nothing changes.

Natalie Portman’s cape was adorned with the names of female directors that were snubbed this year, and I at first jumped to praise her in this subtle yet important drag of the Academy. Then I saw that Natalie Portman’s own production company only features one woman director- herself. This is not a drag of Portman’s subtle display, as she was quoted saying she “wanted to recognize the women who were not recognized for their incredible work this year in my subtle way” which I’m not going to discredit because it still is important for these small protests to call attention to injustice. The women that weren’t acknowledged deserved celebration, even subtly on the cape, but I think this proves that it is not just the nominations that are a problem in the industry, it’s the hiring in the first place. And this may be untrue, I don’t have the exact numbers about win to hiring ration for each gender, but it is also sort of ironic that the people we are made to believe are so self righteous and hungry for change are not actively trying to change anything. I am absolutely NOT saying “let’s just hire more women and this problem won’t exist” because there are women in film already going unrecognized, but I am saying that if people are going to make statements once a year or only on the red carpet, why not follow through.

The speeches and fashion this year impressed me for the most part, and the performances, even though Eminem really threw me for a loop, were equally impressive. Even though Joaquin Phoenix looks so sick of winning awards for Joker, his speech was still very profound, and I think he has maintained through the praise of Joker, a way of acknowledging his privilege that no one else quite can. I felt so bad for Renee Zellweger and her nervousness was so obvious, but if I had to make a speech at the Oscars, it would probably sound similarly anxious.

The underlying issues with awards shows and their institutionalized misogyny and racism will always exist, and these token gestures of change don’t make that any less true, but this year, for the most part seemed like a step toward progress, or at least a step towards some inclusion.