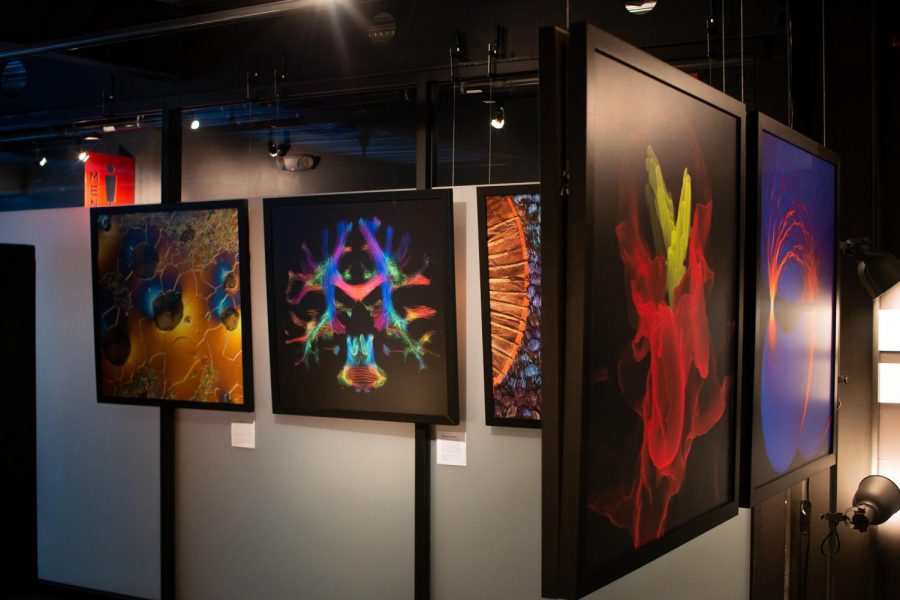 The Goethe Institut, dedicated to teaching German culture and language through literature, the performing arts and exhibitions, houses a Pop Up in Chophouse Row. From 2018-2019, the Goethe Institut implemented an initiative “Wunderbar Together,” translated to “wonderful together,” which represented their focus on German-American friendship.

There are a total of six Instituts established in the US, including San Francisco and Washington D.C., as well as three Pop Ups, including Goethe Pop Up Seattle which is a temporary extension of the Goethe Institut. In the Instituts, they host German language classes to encourage study abroad and cross-cultural exchange. The Seattle location may not bolster the same language emphasis due to its smaller size, instead focusing instead on exhibitions and cultural events.

Arabelle Liepold is the managing director and communicates with other businesses to host collaborative events based on creating a cultural dialogue. Liepold works alongside Kendra Berry, the program assistant and Jasmin Krakenberg, the program coordinator who is in charge of overseeing and promoting the cultural programs put on by the Goethe Pop Up Seattle.

“We try to show that Germany has a variety of culture, and what it is up to today,” Liepold said.

The Pop Up was originally meant to be open only for 2019 but got its funding extended one more year due to its success. Now, the Goethe Pop Up Seattle will stay open until the end of 2020.

Currently on display at the Pop Up is Max Planck’s “Images of Science.” The Max Planck Florida Institute of Neuroscience asks scientists for images from their research to form a traveling exhibition every year. Some images are computer simulations while others are pictures taken from microscopes—the research on display includes everything from visualizations of dark matter to neural pathways.

The Seattle Pacific Science Center previously had the Max Planck exhibition, “Images of Science,” on display in the fall. Those majoring in STEM may be interested in going to the Pop Up for the “Images of Science” exhibit. The exhibit at the Pop Up is free and open to the public and will continue to be on display until March 6.

The Goethe Pop Up Institut collaborated with the Northwest Film Forum (NWFF) to present “Berlin Bouncer” on Feb. 6, another example of the organization’s partnership with other community centers. This film explored the nightlife of Berlin after the Berlin Wall fell, following three bouncers and their own personal journeys. The “Berlin Bouncer” film attracted fans of photography because the main protagonist of the film, Sven Marquardt, attended the screening for a Q&A.

Susan Wilkinson owns a marketing company called Paperweight. She came from Phoenix, Arizona, to meet Sven Marquardt and watch the film “Berlin Bouncer.” Wilkinson decided to see the film because she had been to one of the clubs depicted in the film and is a fan of Sven Marquardt’s photography.

“I’m really impressed with the culture that Sven has created around the club that he works at in Berlin,” Wilkinson said. “I’m also interested in the progression of the culture Marquardt has been able to create. The film creates an opportunity to see that progression backward.”

Some attendees that have been to Goethe Pop Up Seattle before also attended the film screening. Gary Clark is retired, but previously worked within the Seattle City Government on low income and affordable housing issues. He went to the Pop Up in November to see the Berlin Wall exhibit for the 30th anniversary of the fall of the Berlin Wall.

“I had great experiences in East and West Berlin during the Cold War in the 1980s…and the 30th anniversary of the Berlin Wall brought it all back,” Clark said.

Goethe Pop Up Seattle’s exhibits and events attract people interested in different subjects and hobbies, not only because the artist or photographer is German, but because they respect and admire the work itself.