Community Engagement Award: Showing how Seattle U contributes to the community 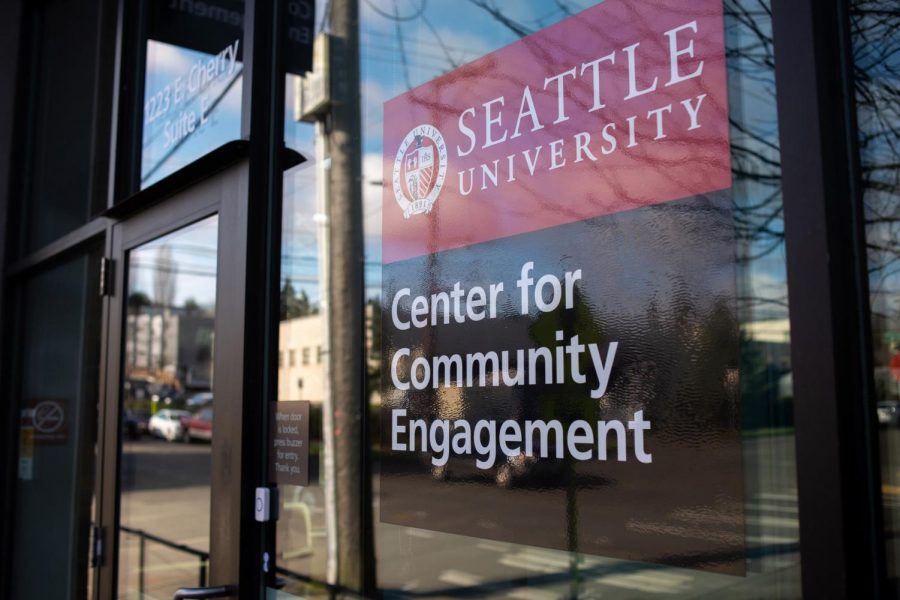 The classification mainly honored the works of Seattle University Youth Initiative (SUYI), a program that was launched in 2011 and served as a role model in providing service learning and research. A total of 20 institutions joined the Place-Based Justice Network, which was based at Seattle U’s Center For Community Engagement (CCE). In the last 15 years, the CCE helped the Seattle U community maintain a strong partnership with local partners and provide them with the support that they needed.

Kent Koth, the executive director of the CCE, discussed the classification and its importance in terms of community engagement.

“There is a national process to look at the university and their commitments to community engagement,” Koth said. “Carnegie Classification is a way of measuring that commitment. Every five years, institutions of higher education can apply for it if they want to.”

One thing that the CCE does in order to maintain the relationship is to send service-learning students to their local partners. Since 2005, 63% of Seattle U students participated in a service-learning course during their time at Seattle U, totaling 21,750 undergraduate students.

Julie Hurst, director of Campus Engagement, listed some important local partners that the CCE worked with in the last 15 years—among them being Bailey Gatzert Elementary School, Washington Middle School and Garfield High School.

“We have full-time staff members there as well as a merit co-teen member there and then a whole host of student employees from Seattle U volunteers,” Hurst said. “Some of the service-learning faculty members incorporate that youth programing into their courses as well.”

According to Hurst, Seattle U had long-term partnerships with several local schools, including some schools in the pre-kindergarten level, and all of these partnerships showed the absolute commitment that Seattle U wanted to have with the community around them.

Nonetheless, Seattle U had some obstacles with continuously providing the service to their local partners. Erin Burrows, communications specialist & place-based justice network coordinator, shared that there are many obstacles that CCE needed to tackle in the last 15 years. However, she said that the CCE knew what to do with their struggles.

“Making sure that we are really listening to all of folks before we make a decision about what should or what is going to happen,” Burrows said. “That is one of our approaches that I think is really crucial to how we do the work.”

Burrows shared that there would be many things to do when CCE wanted to build the connection with the community—and as one player—sometimes the work would be overwhelming. Despite the hardship, CCE had a distinctive approach to their local partners which also supported them to build up a huge community engagement network.

Additionally, Seattle U’s CCE had a promised plan for the future, particularly planning to receive the National Award for Community Engagement contribution this upcoming March.

“We are one of six universities national-wide to receive the award,” Koth said.

Besides the network with local partners, the CCE successfully built the connection with about 25 other universities national-wide. That type of network is unique, and it is part of the reason why Seattle U received the award for Community Engagement.

“The success of our university and the success of our learning experiences for undergraduates and graduates is really dependent on how successful we are as campus in connecting with our city and our world. Seattle is a vibrant city,” Koth said.

In the end, Carnegie classification will not be the final stop for CCE, and in the future, Koth says the team is aiming for ambitious goals.

“A primary motivation is how do we provide the vibrant learning experiences for our students? And the second motivation would be as an institution that justice and value that form of education for our students, how can we be a university that makes a difference in the city of Seattle? The next evolution of our work, I think of it as sort of Youth Initiative 2.0.”