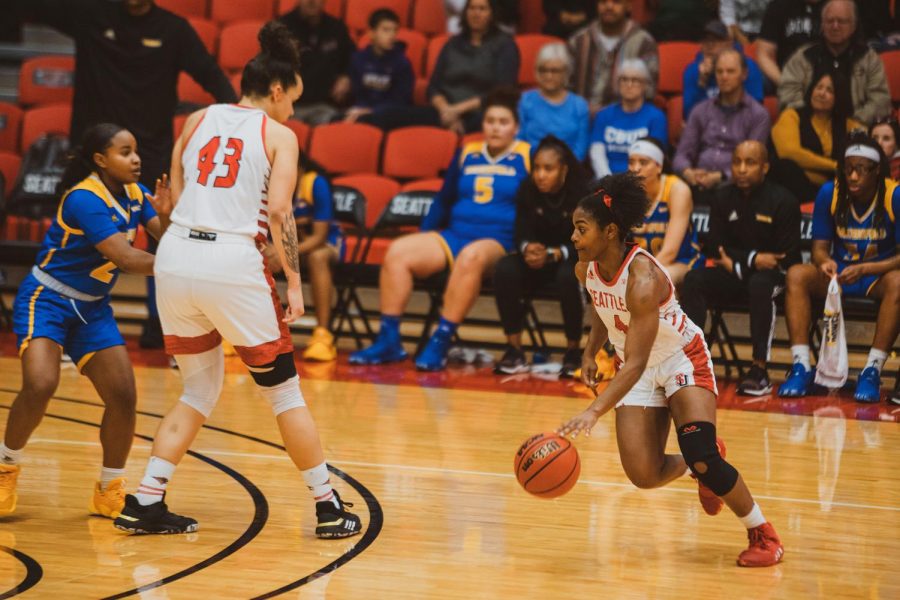 On Feb. 6, Seattle University held Seattle U Gives, an online day of fundraising and a celebration of the impact the university has had on its community.

Seattle U Gives is put on by the Office of Annual Giving as a part of the school’s current fundraising plan known as the Campaign for the Uncommon Good. For 24 hours, Seattle U students, parents, alumni, staff and faculty come together to raise money for the programs, organizations, clubs and departments at Seattle U. The day’s goal of 2,500 gifts was exceeded with 2,548 donations generating $453,018 for the day.

The way that the giving worked this year was through gift matching. For example, gifts to any athletic team were matched with a pool of $30,228. All of the money raised will benefit the designated programs, ultimately helping Seattle U to continue providing a transformative experience for students.

Associate Athletic Director of Development Alexander Romagnolo spearheaded all of the Seattle U athletics’ fundraising for this special day of giving. He shared his thoughts about Seattle U Gives.

“We think it’s a really important university initiative and we are glad to be able to support it,” Romagnolo said. “The goal of Seattle U Gives is to engage as many alumni, parents and friends as possible.”

Over half of the money raised was from athletics, as the Seattle U men’s and women’s athletic teams combined to raise $242,295 from 1,644 gifts.

“It’s a fun way to engage our supporters and an important opportunity to teach students the importance of giving back. It helps us expand our reach and share our story,” Romagnolo said. “We encourage each of our programs to engage their networks by asking them to support these student-athletes.”

He also noted how the money raised by athletics will benefit Seattle U sports teams.

“The money goes directly to the sports programs for competitive travel, equipment purchases and facility upgrades. We rely on fundraising to create exceptional student-athlete experiences.”

Seattle U Athletics is arguably one of the biggest organizations on this campus, so it makes sense that they would need to do some fundraising in order to be able to financially support the well-being of all its Division I sports programs.

Pete Fewing, the head coach of the Seattle U men’s soccer team, explained that his program raised “$70,000 off of 60 gifts,” which is necessary funding for the team, especially because of all the traveling they do over the course of their season. In addition, every time they travel they have to stay at a hotel and cover food among other expenses.

As the team has risen to an elite level these past few years, the teams they have played and traveling they have done has increased. For example, this year the men’s soccer team traveled to Southern California multiple times, coupled with a lot of the out of state conference opponents.

The fact that half of the money raised through Seattle U Gives benefits athletic programs begs the question of whether this day of online-giving is equitably beneficial to all Seattle U students and programs, or if the university’s approach to fundraising should change.

“Seattle U Gives is just one aspect of the University’s comprehensive fundraising strategy,” Romagnolo said. “I think it is an extremely effective way to engage alumni, parents and friends through technology by asking them to support the areas of the university that are most important to them. It also teaches our students, faculty and staff the importance of fundraising.”

For now, because of its success, Seattle U Gives will help continue to transform the lives of Seattle U students and fellow community members for years to come.