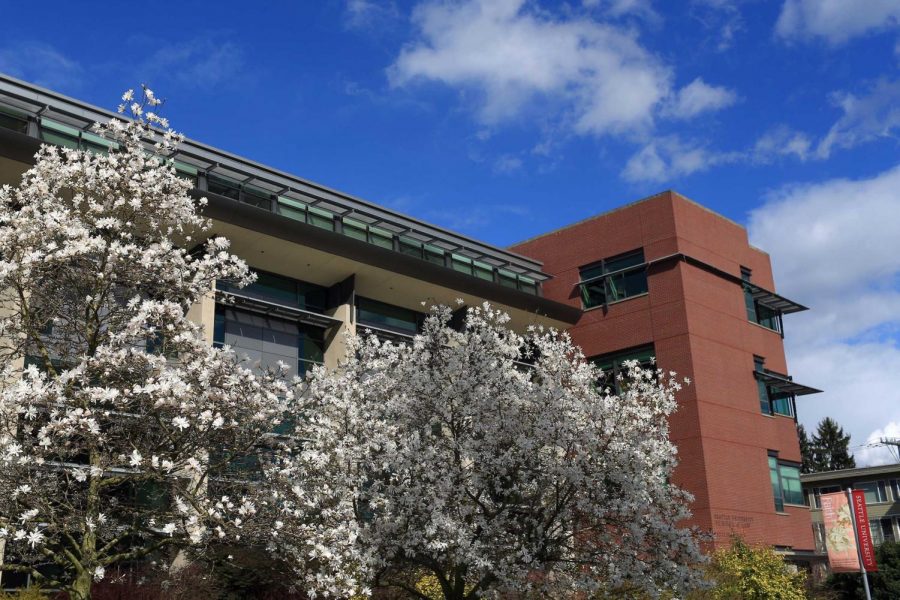 Diversity Week at the Seattle University School of Law aimed to celebrate the beauty of the diverse communities around campus. It has gradually become an annual celebration for the law school with this year’s theme dedicated to supporting the beauty of diverse and marginalized communities.

Several events happened throughout Diversity Week. One of the most impactful events was the reception speech in which Braelah McGinnis, a second-year law student and the diversity representative of the Student Association Bar, spoke. McGinnis managed most of the events occurring throughout the week.

In an email statement, Amanda Simantov, the vice president of Student Bar Association, said that McGinnis did an excellent job organizing Diversity Week.

“Braelah is our Diversity Representative for the Student Bar Association and she leads our Diversity Week initiatives by planning all the events and collaborating with our student organizations—a tremendous undertaking that Braelah managed seamlessly,” Simantov stated.

Before coming to law school, McGinnis was a student-athlete at Texas A&M University (TAMU) on the soccer team. She first received a degree in psychology, but later realized that she had a passion for law. This change motivated her to shift from being a soccer player and a soccer coach at TAMU to a law student at Seattle U.

“I was an athlete my whole life. Growing up and constantly being on the move, there are pros and cons,” McGinnis said. “Going from being an athlete to working 24/7, training 24/7 and playing 24/7—the way that I react to things and the way I move and go is constantly at an all-time high. I am constantly moving and doing all of those things. And then I completely cut off being an athlete to go to law school and I am sitting for eight hours a day.”

McGinnis passionately confessed that she needed to learn how to do more brain work instead of physical work, but the career shift was important for her as she wanted to represent her community as a lawyer. She said that marginalized communities needed more people in the law field who could be able to tell them what to do and what not to.

Her colleague, Roxanneh Mousavi, a first-year law student and representative of the Middle East and South Asia law students associations, similarly made such a career shift. Previously, Mousavi used to work in the media industry as a journalist, until she realized that she wanted to pursue a legal career.

“I am always really interested in telling people’s stories, and trying to help them around me as much as I can,” Mousavi said. “But through different experiences that I had in the media industry, it made me realize it is not exactly something that I want to do for the rest of my life.”

Additionally, she shared how she struggled being the only person of her identity in the newsroom give that she rarely found someone that struggled with the same issues that she did. Mousavi said that she looked forward to pursuing a job practicing media law but was open to other opportunities.

Accompanied with Mousavi and McGinnis, Ghassan Jabali, a law student and a Student Bar Association representative, also had something to say about his transfer from Las Vegas to Seattle.

“It took a lot of time, emotions, and a lot of energy that you have to sacrifice in order to be here [Seattle U],” Jabali said.

Jabali, Mousavi and McGinnis-people of color and unique representatives of their communities. They all have different perspectives about being law students.