A Walk in the Park, and Now Catch Some Asian Art 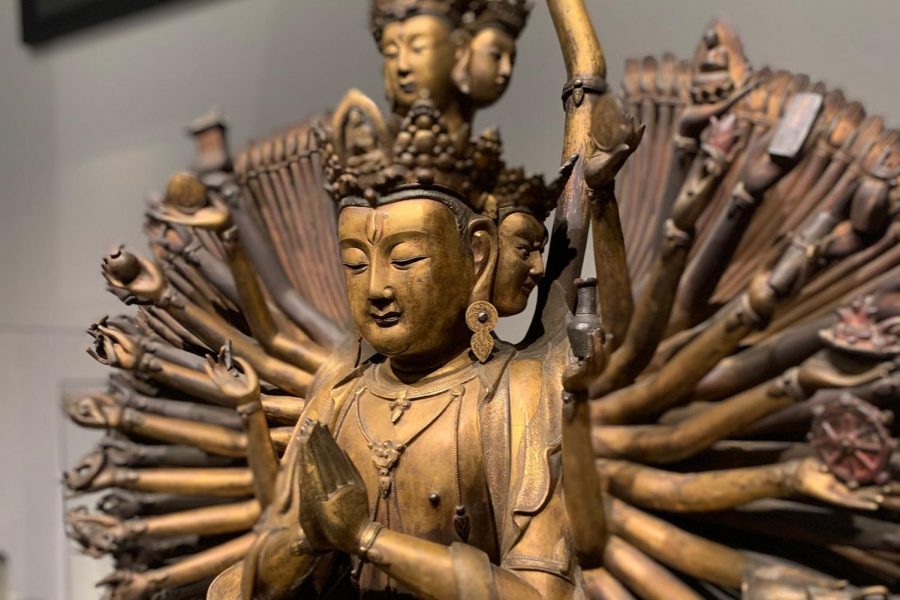 A gallery dedicated to scultpure of Asian spirituality includes works of Buddhist and Hindu worship.

The Art Deco doors of the Seattle Asian Art Museum have remained closed for the last three years during an extensive $56.5 million renovation and expansion project. It reopens this weekend, Feb. 8, as Volunteer Park’s artistic refuge once again and revamped to stand as the West Coast’s lead institution on Asian art.

The 1933 building, constructed at the height of the Great Depression era for the necessity of holding the expanding personal collection of founder Richard E. Fuller, was in crucial need of significant upgrades such as seismic reforms, heating and air conditioning systems for proper gallery ventilation, and a new freight elevator to accommodate large objects.

Instead of reaffirming the arbitrary boundaries of a nation- state, the Seattle Art Museum and “Boundless: Stories of Asian Art” curators Xiaojin Wu, Curator of Japanese and Korean Art, and Ping Foong, Foster Foundation Curator of Chinese Art, have revitalized the collection to be group thematically in gallery spaces based on broader, explorative categories.

Asian art is long-relegated to a country by country floor plan in most museums, which does not allow for an easy comparison to the cross- cultural reality in which the works were created, or a practical reality for museums with important collections to show, but not a robust enough collection to necessarily fill a gallery on one country. Instead, broader themes like “Color in Clay,” or “What is Precious?” allow for the works of Japanese, Chinese, Korean, South Asian and Southeast Asian, among others, to be exhibited alongside each other.

Throughout the renovations, Seattle-based architect LMN wanted to include the natural setting of the park and the original intention of natural light within the galleries. In the rectangular space, with half the walls entirely of floor-to-ceiling windows, the “Color in Clay” gallery is a bright room even on the cloudiest of days.

Clay objects from Russia and the Philippines stand in in a long, sparsely-labeled display case, and the color spectrum changes as the cloud moves in front of the sun, or between a morning visit and a sunset session.

“Where are the labels? Well, some of you are aficionados and want to learn more, there are two very, very nice screens on the side where you can read more than you ever wanted to know about the techniques and the technology,” Foong said, gesturing to the sleek exhibition material relegated to a large, glassy screen.

These tech-savvy gallery additions appear throughout the museum, including a full-length screen inviting you to “step up and play” and “strike a pose” to copy “mudra,” or sacred hand gestures of religious figurines, that appear on the slide—yes, the museum immersion every kid needs.

Adjacent to “Color in Clay” is “Writing Images, Painting Poems,” where the space was originally lit by a skylight. In a gallery where natural light, even in rare Seattle quantities, is detrimental to the sensitive material on view (we’re talking 17th century Chinese master handscrolls on gold and silver paper), the renovation opted for the illusion of natural light through a “skylight” of energy- efficient bulbs. The thematic curation, in addition, allows for light-sensitive work to be rotated out and swapped for other pieces in storage.

Along with the renovation, a large contemporary space was added to the original building to feature the work of 12 artists from across Asia working within and outside of the continent, making up the inaugural contemporary show, “Be/Longing: Contemporary Asian Art.” With an expanded space comes the need for larger installation, which can now reach its new home due to a new service elevator.

Wu’s personal favorite, “Some/One,” is the beloved Korean sculpture by Do Ho Su, in the new gallery, a work that Wu has been trying to move out of storage and into the museum since the start of her tenure at the SAM almost seven years ago.

“The artist started this project as a school assignment [in 2001]. He went to Rhode Island Design School, and the assignment was to make some work to examine your identity,” Wu said. “As a Korean man, he served in the military two years, so that experience immediately came to his mind as a part of his identity as a Korean man.”

Each dog tag represents a soldier, and together these small means of identity are joined in a silver whole, one collective piece physically and emotionally in relation to one another.

Wu also shared the process of researching and curating the collection for years, and the transition that happens when this personal process opens up to the public in the new engenerized and stimulated space.

“As you embarked on this process, you didn’t quite know where you wanted to end. You don’t really know what the visitors, how the audience, was going to respond, but so far we received nothing but positive responses.That’s really the best part of the job.”

Jacqueline may be reached at [email protected]