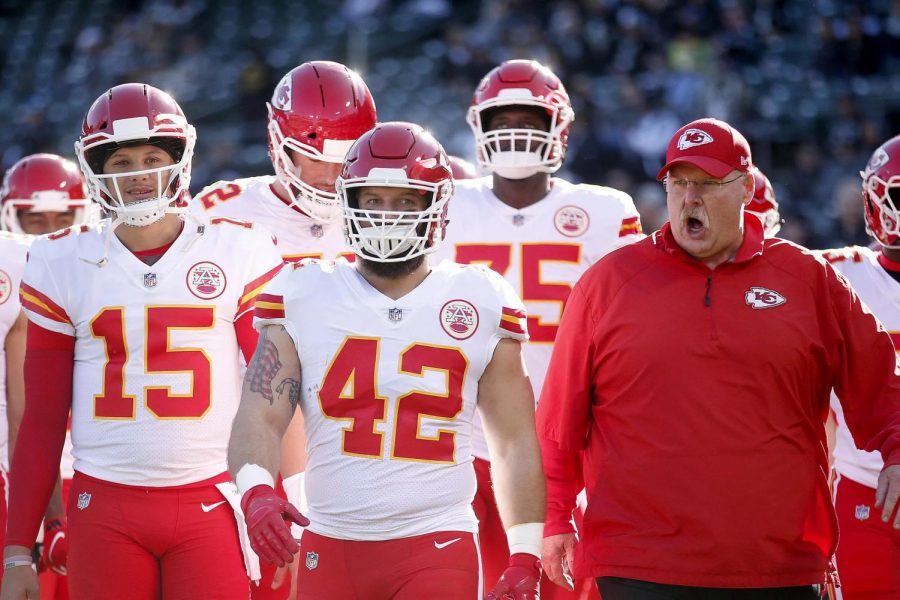 The first major vote of the 2020 Presidential race took place in Iowa on Feb 3. The Iowa Caucus have both Democrat and Republican elections that give a glimpse at which way each political party will predict their nominee regarding a party nominee. President Trump, with little competition, won the Republican ticket by a landslide with 97.1% of votes from Republicans that voted in Iowa. Only two other Republican candidates, Bill Weld and Joe Walsh, garnered votes. On the Democratic side, no results were published Monday night. There was an error with the app that was used for polling, meaning no results could be calculated. The Iowa Caucus is essential to the Democratic party because candidates receive a number of “state delegate equivalent” based on the outcome of caucus results, which then calculate national delegates who will choose the Democratic nominee in July.

For the first time in 50 years, the Kansas City Chiefs won the Super Bowl on Feb 2. The win is meaningful for many reasons, the first being that head coach Andy Reid ended his 20 year drought with a Super Bowl title. On a larger historic note, quarterback Patrick Mahomes became only the third ever African-American quarterback to win the Super Bowl. The last African-American quarterback to win was Russell Wilson with the Seattle Seahawks in 2014. Mahomes also won the Most Valuable Player of the game while becoming the second youngest quarterback to win the award behind Ben Roethlisberger. The Super Bowl also highlighted Latinx culture, as Shakira and Jennifer Lopez were the first two Latinas to share the stage together. They also brought out two Latin artists as features, Bad Bunny and J Balvin.

In a mere 10 days, China constructed a 1000 bed hospital outside of Wuhan, the epicenter of coronavirus, to treat patients due to the rapid spreading of the illness. In 2003, China constructed a hospital for SARS patients in a week. Around 50 million people are unable to leave Wuhan and the surrounding areas as over 17,000 people are diagnosed with coronavirus in China and over 360 people are dead. In the hospitals, there are medical robots that deliver medication and test samples, reducing the risk of infection for workers at the hospital by avoiding close contact. The hospital accepted its first patients on Feb 3.

Michoacán, Mexico is home to the World Heritage Site of the Monarch Butterfly Biosphere Reserve, the habitat for millions of monarch butterflies during the winter. Two men involved with the sanctuary and conservation of the butterflies were found murdered. Homero Gómez González, the first victim, opened a butterfly sanctuary in the past year to stop illegal logging from taking place. The second victim, Raúl Hernández Romero, was a butterfly tour guide. The murders are believed to be connected to gangs carrying out illegal logging activity in protected habitats. Monarchs are close to extinction due to illegal logging, pesticide use, avocado farming and climate change.

The two suspected gunmen from the shooting on Third Ave. and Pine St., will be extradited to Seattle from Las Vegas for hearings on the shooting that occurred on Jan. 22. The suspects had their first showing in court on the morning of Feb 4 and did not fight extradition to Washington. The two men were arrested without incident in Las Vegas after the Seattle Police Department identified the suspects. Washington will have 30 days to bring the suspects back to the state. A nine-year- old victim from the shooting was released from the hospital and the owner of the downtown McDonalds, David Santillanes, donated $20,000 that will be divided between victims to help cover their expenses.

Michaela can be reached at [email protected]