Powerful Stories of Journalism, and the #Metoo Movement 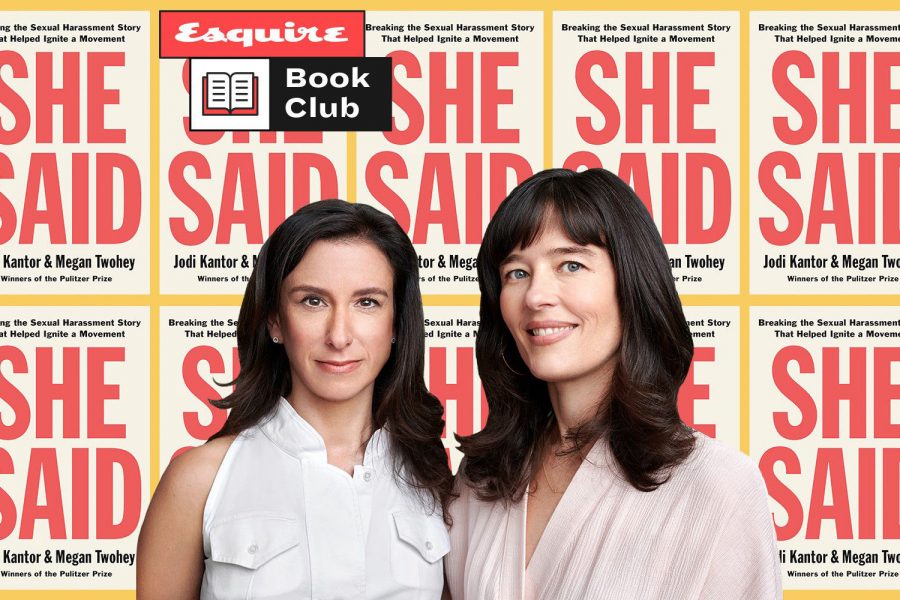 Journalism in the 21st century has forever changed with the popularization and resurfacing of the #MeToo movement, inspired by the breaking story naming Hollywood executive Harvey Weinstein a routine abuser. This massive groundbreaking story was told by multiple journalists across the nation , but two New York Times journalists—Jodi Kantor and Megan Twohey— first broke the story and instigated a chain of events, inspiring other women who have experienced abuse to come forward.

At Benaroya Hall, these two reporters came together to talk about their new book “She Said,” which details the story of their work as journalists and as women in an era that is upending power dynamics and gender.

The event was put on by the Seattle Arts and Lectures series, which aims to bring cultural figures to the city to speak about their work. They also work with youth normally unable to go to these events by providing $10 tickets to high school and college students.

Kantor and Twohey were both reporters at the New York Times, with Kantor working as one of the youngest Arts and Leisure editors in the history of the paper and Twohey covering the 2016 election as an investigative reporter.

As a writer, Kantor was deeply involved in covering women’s issues; she was praised for her coverage of Michelle Obama. Her articles on working mothers and lactation were also very influential.

Twohey is no stranger in dealing with the investigation of powerful men for sexual misconduct as one of the reporters of the 2016 election. Twohey covered everything about then-candidate Donald Trump, from his alleged tax avoidance to the Access Hollywood tapes that were released and his treatment of women.

In this book, the two writers focused on three main topics about the culture of sexual violence towards women in America: the allegations against President Trump, the Harvey Weinstein scandal and the confirmation of Supreme Court Justice Kavanaugh. These three show the abuse that women have faced in the institutions of politics and entertainment and are linked events, according to Kantor and Twohey.

“We set the book out like a circle, starting in politics and ending in politics,” Twohey said. “We did that to show how circular these issues can be and about how over the course of four years, multiple anniversaries within the movements, nothing has changed.”

With all the accusations against Weinstein in the public, most people in the audience were familiar with the story that the speakers presented. There were other aspects that they learned about, though, as the details of the investigation and Kantor and Twohey’s thoughts on its effects were explored.

Heather Elton attended the event to learn more about the issue and to hear and support the two reporters who were so important in uncovering the truth.

“It really astounds me the stuff that Weinstein and these other men have been able to get away with,” Elton said. “They threatened the women they already abused, along with the reporters that threatened them. They used so much legal junk, it’s no wonder that it took 30 years for his crimes to be heard about.”

In reaction to the stories that Kantor and Twohey shared, many in the audience were left wondering what they could do about the issue facing them, in order to prevent these types of stories from happening again.

“This stuff is really terrifying to me,” David Clark, another attendee, said. “I don’t want my granddaughter to grow up in a world where men can treat her like this. I am glad that we are having a conversation and that she is getting powerful women to be able to look up to.”

Harvey Weinstein is in New York being tried for allegedly sexually abusing Jessica Mann in a hotel room, but Kantor and Twohey cite that out of nearly a hundred allegations being made against Weinstein, only three are being brought to criminal court.

“We need to ask, ‘Is this justice?’” Kantor said. “Weinstein will hopefully face some more charges but most of his actions were categorized as sexual harassment, which is only a civil offense, not a criminal one. So many of the women he used were left with no other option than to participate in a class-action suit against him, and may never get the full justice for what he did to them.”