The Valleyfolk Deliver Joy to the Pacific Northwest 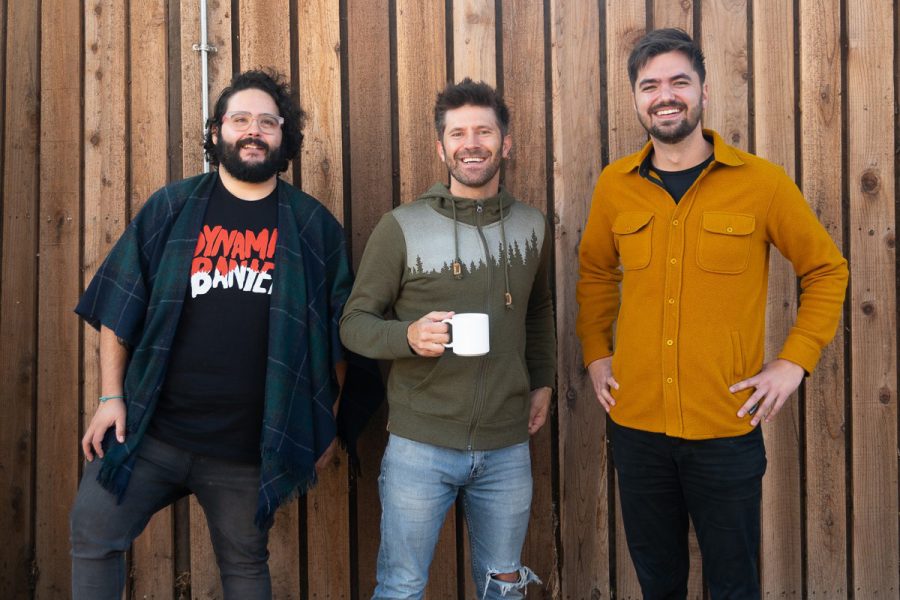 Online comedy venture The Valleyfolk dropped by the Tacoma Comedy Club last week for their final show in a break-neck tour through the Western half of the US.

The comedians first came together on Sourcefed, an early internet sensation that combined a witty sense of humor with news coverage. After that ended, each comedian went their own way. While they created great content on their own, they decided to come back together as a crowd- funded collective of influencers.

Each of them flirted with a more traditional commercial appeal, but 2019 proved to be a milestone year for the Valleyfolk. The group won NBC’s “Bring the Funny,” an “America’s Got Talent” style comedy competition, in September 2019. This opened up new avenues for the group, one of which was the tour that culminated in their show in Tacoma.

The two hour variety act was not unlike the trio itself: brilliant, familial and unique. The group is comprised of comedians Joe Bereta, Elliot Morgan, and Steve Zaragoza. While some casts of performers are stocked with jokesters who all have the same personality and style, the Valleyfolk thrive on how different each member is and come together to create bits that no single mind could innovate.

Each of the comedians from the trio then took the stage to present their own work. Joe Bereta’s Colin Farrell rap was utterly ridiculous. He hilariously worked his way around a slight technical hiccup and broke into his trademark physicality wondrously. He showcased his talent and professionalism in the same five minute span—something few comedians have accomplished.

Elliot Morgan, an independent standup comedian as well as a member of The Valleyfolk, performed a fifteen minute set. Morgan has the ability to tap into the mindset of the room and tune to maximum laugh while maintaining his own unique brand.

When asked about his scholarly allusions, he spoke to his upbringing and joked about trends in philosophy many students can identify with.

“I grew up religious and then that naturally pushed me toward philosophy, because I still get interested in big questions,” Morgan said. “I always thought of philosophy as all old dead guys and now I tend to think that they are mostly dead, but some of them are alive still and even the dead ones were only alive like fifty years ago, so it’s just a weird hobby for me at this point, and has become a nice interest that drives my comedy.”

Steve Zaragoza’s time on stage channeled his greatest strengths as a creator. It was musical, fantastical and wonderful. He came onto stage in a strange pink robe in complete silence. He then summoned an otamatone from his robe.

The instrument is a strange little apparatus that makes a screeching noise to a specific pitch that can be altered by adjusting hand placement. A instrumental Bohemian Rhapsody track began to play, and Zaragoza proceeded to perform the entire vocal instrumentation of the classic Queen track on the otamatone.

He kept a stoic face the entire performance as the crowd wildly applauded. It was a transcendent experience that will not be soon forgotten by those who saw it. His instrumental performance sparked a conversation about his roots in musical comedy.

“I miss doing music stuff. I get to do the [characters] Dayvin Ross and Santa Steve for the Valleyfolk, and I’m glad the luster is still there, but I also really want to do more music,” Zaragoza said. “Bringing out this weird instrument for the shows was a such such a fun strange thing that made me very happy. I think this is the year that I bring back musical stuff.”

Zaragoza’s ability to innovate witty one-liners and bits was reminiscent of the Dynamic Banter podcast, which he co-hosts with comedian Mike Falzone.

“Mike and I have a special relationship, and I think there’s just something kind of magical about the two of us coming together on microphones in a room. Somehow we sit in front of these microphones, and we spill out this garbage, and it works!” Zaragoza said. “I think it’s because of each of our individual energies, and it wouldn’t work without both of us being their one hundred percent.”

The Valleyfolk is a unique group of talented performers. There is not a more dynamic and driven collective of entertainers in comedy today. It is well worth the time to find their work on youtube or television and to catch them the next time they drop by Seattle.

Their performance showcased the best of their influences and the vibrance they bring to the comedy landscape and distilled their best instincts as entertainers. The Pacific Northwest is a little brighter thanks to a visit from one of the internet’s most engaging content creator groups.