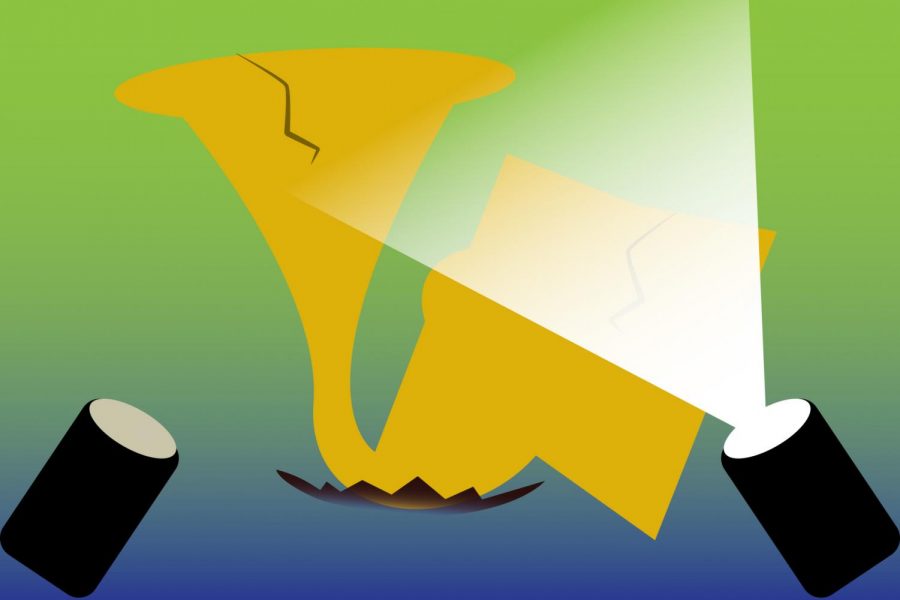 Journalists and music critics alike are marking the return of Justin Bieber as one that reeks of desperation and lacks creativity. His newest single “Yummy” released on Jan. 3, is a simple repetitive song that symbolizes Bieber’s love for his supermodel wife, Hailey Bieber.

It’s not just the song that has people up in arms, but Bieber’s excessive social media campaign to get the song to #1 on the charts.

A since-deleted Instagram post featured a fan-made checklist that would ensure Bieber the coveted #1 spot. All you have to do to “support” him is to create a Spotify playlist with “Yummy” on repeat and stream it— but without muting it. If you want to sleep, Bieber suggests that you simply play it at a low volume.

Don’t use Spotify? Or do you really just want to spend more money? Just buy the song on iTunes, as well as multiple digital copies from Bieber’s website.

Furthermore, the post suggests that fans outside the U.S. use VPN services to digitally position themselves and their streams within the U.S., which will be included in U.S. Billboard’s numbers.

Bieber also boosted his “Yummy” campaign by posting 13 photos of babies with “#yummy” as the caption. It is a social media marketing plan that is too bizarre to begin to unpack.

Equated to the mainstream success of his 2015 album “Purpose,” which racked up a combined 3.5 billion streams on Spotify for his singles “What Do You Mean?” “Sorry,” and “Love Yourself,” it is apparent that “Yummy” is paling in comparison.

The “Yummy” campaign has brought up another important conversation around streaming and the manipulation of mainstream success.

Musician, KXSU Employee, and Senior Humanities and Psychology major Jeannie O’Flaherty has been eyeing the music industry and its trajectory with curiosity.

“He’s asking everyone to play ‘Yummy’ on repeat while they sleep,” O’Flaherty said. “He wasn’t even asking that people appreciate the song for being a good piece of music. It was just a number for him.”

“I do think a lot of artists make music for the sake of making good music, but then a lot of mainstream pop and hip-hop folks are making music to get to number one, and just want people to stream it,” O’Flaherty said.

Comparing the music industry today to what it was 20 years ago, the digital revolution has transformed it into a foreign entity that relies on dedicated superfans to bring global acclaim.

“His promotion for his music is not so much that he’s proud—it’s like “Listen, listen, listen!” O’Flaherty said. “Maybe it’s a reflection of how it’s harder for artists to make money because we don’t buy CDs or albums anymore. You make money off of how many streams you get.”

In Dec. 2019, alongside Spotify and Apple Music streams, Billboard revealed that they would count YouTube views as streams as well. All these changes within the industry have altered the way we see success, even sometimes making individuals question the actual popularity of mainstream artists.

Junior Journalism and Strategic Communications major Emma Nelson has dedicated years to critically analyzing music and art from everything punk, pop and in between.

“[Bieber] doesn’t do the work to warrant the success. Trying weird marketing things doesn’t signify talent or success in my mind,” Nelson said. “I think it’s odd that you can put out a subpar mediocre song at best and still expect your fans to pump it up just because you’re you.”

You can draw comparisons to other artists that took a step outside the limelight and made an equally impactful return.

Nabilsef Yousfi, a third-year Albers student, raps under the SoundCloud tag nabilly2chillly and has a few strong opinions about Bieber’s latest tactics.

“You think of Frank Ocean, he makes beautiful music, not just a quick ‘yummy yummy’ banger. That’s what people want out of their music. Lil Wayne’s been rapping since I was born and his last album charted number one, too,” Yousfi said. “As someone that makes music, there’s a big divide between real views and someone just putting my song on repeat.”

Is this issue indicative of a larger problem? In some ways yes and other ways no.

Streaming has allowed more artists to easily find their target audience in a global environment, breaking the classic structure of the industry and creating more opportunities. Yet, people question the impact streaming has had on our culture. Down the line, the real question we’ll be asking ourselves, that periodically appears around awards season, is whether the numbers are reflective of the listeners’ reality.