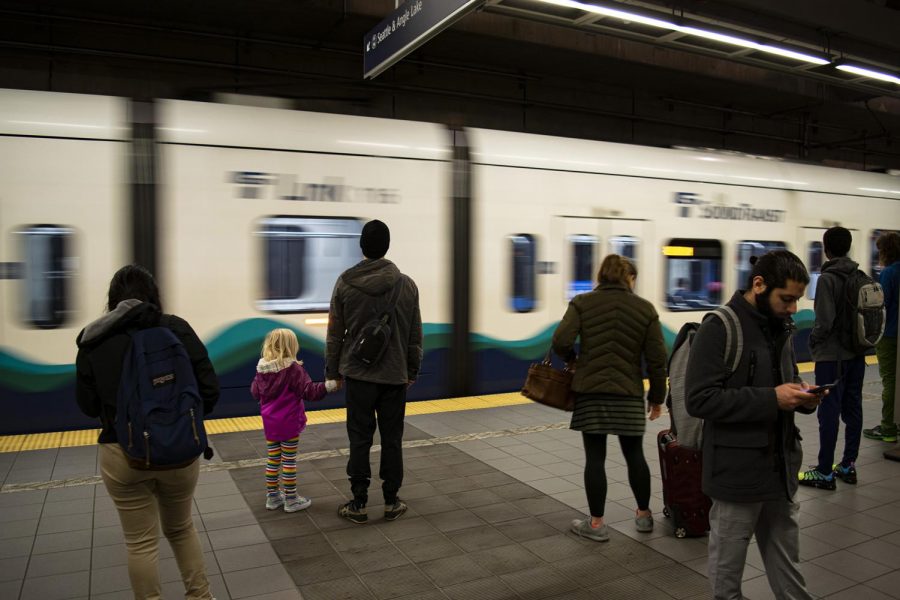 The beginning of Connect 2020 construction causes 10 weeks of delays and transfer shuttles as the light rail expands to the Eastside.

Connect 2020 is the project adding 14 new miles of track that will serve to connect the main light rail with the East Link that is currently being constructed. The Link light rail is a train system in King County Metro that serves as a way to commute. Currently, the construction is causing the closing of one track to connect the downtown tunnel to the Eastside so the East Link construction will be operational in 2023. The Link light rail is currently only closing down one track at a time for 10 weeks and trains going north or south must transfer at Pioneer Square station, increasing the number of people on the platform. Bikers must transfer at an earlier station because bikes are not allowed in Pioneer Square station at this time. The official closure dates are from Jan. 4 to March 15, and the Link trains will be coming every 13-15 minutes until then.

Jake Loberg, a first-year strategic communications major, takes the Link throughout the week. He spoke about how the construction has changed the transit experience.

“Everybody waits on the same side of the platform… The only thing I’ve noticed is having to wait a little bit longer,” Loberg said.

Loberg is not from Seattle but believes that if “[the construction] is going to allow more trains, more destinations, and more efficiency… I think it’s worth the wait.”

Beatrice Sanusi, a fourth-year accounting and business analytics major, uses the light rail around three to five times a month. However, as a commuter, she has more experience taking the bus and has experienced more traffic because of it.

“A lot of construction is going on. Even in neighborhoods, roads are getting affected,” Sanusi said. “There is more traffic than I usually see. So I guess that’s also like a side effect of the overall construction of the Link.”

Sanusi also commented on how she felt about the construction overall and her worries about potential setbacks. “I think I still would appreciate it if it doesn’t affect my travel time to places,” Sanusi said. “I know that there’s been construction so there’s the possibility of a delay to go to places, but still, the travel time is more important for commuters as they’re also on a time crunch.”

The future closures of the Link are planned for the first weekend of February and the second weekend of March. During the weekend closures, free shuttle buses going between the SODO and Capitol Hill stations will be provided to accommodate the closures; no tickets or ORCA cards are needed on either the shuttle buses or the Link during these times.

Emy Jimenez, a second-year humanities and creative writing double major has been taking the Link from the Sea-Tac station since her first year. Her experience with the light rail construction is that she has had to compensate for the trains running later.

“Timing-wise, I do need to get up a little earlier. That way I can compensate for travel and human traffic,” Jimenez said.

Jimenez also mentioned that because the train is so crowded with people, she is unable to carry as much stuff to school. When asked about her opinion on the overall construction and if she thought that the commuting issues were worth it,

“I can’t really say, honestly, it could be worth it, seeing how it’s opening opportunities,” Jimenez said. “Right now it’s pretty troubling. I’m sure in the future, it’s gonna get a lot better though.”

The consensus appears to be that the impending construction of the Link light rail will cause some difficulties, but in the long run, will be extremely beneficial to all commuters. Even if you don’t use the Link light rail daily to commute, it is a widely used form of transportation that is convenient for many students traveling anywhere in Seattle and being aware of how the construction affects your commute is fundamental.

Make sure to check SoundTransit to stay up to date on how the light rail construction will affect your commute. SoundTransit recommends allowing more time for transportation to continue arriving to your destination on time.