Oscar Snubs: Our Obsession With a Broken System 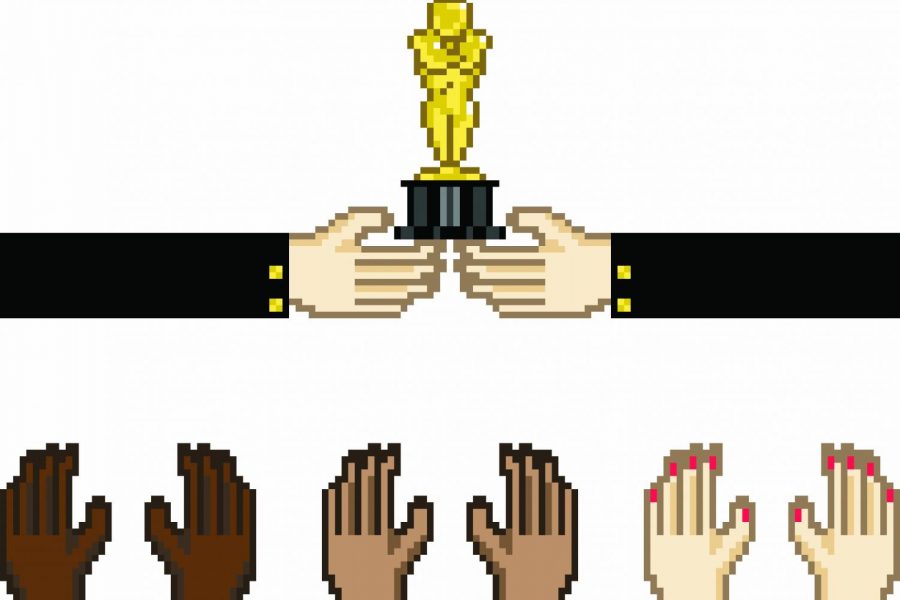 The Oscars are not just an hour long awards ceremony; it’s a months long event. Every year without fail, a outrage ensues after the nominations are unveiled. The media typically focus on Oscar snubs and the Academy is condemned for its lack of diversity. A year later, the whole process begins again.

After seeing this occur yearly, one may wonder why we still devote so much attention to the Oscars. Why do we care about the Academy Awards if we are annually disappointed by snubs and homogenous selection?

Victor Evans, an assistant professor in the Seattle University Communications Department, discussed the history of the Oscars, and more importantly, Oscar snubs.

“I mean, snubs have always been [a big deal] because film is subjective,” Evans said. “There have always been people who have felt that the Academy has tended to go for what they call ‘Oscar bait.’”

Evans elaborated on what type of film would typically be considered Oscar bait.

“It’s a period piece, it has the big A-list stars, and they usually have to overcome some sort of mental or physical type of problem,” Evans said. “And usually that means they don’t always get as much commercial appeal as your franchise films.”

According to Evans, even if a film is well acted, well directed and well produced, it has a lower chance of winning an Oscar or even receiving a nomination than one of the so-called Oscar bait films.

Evans also noted that a film about Hollywood has a good chance of winning an Oscar, citing “La La Land” as a notable award winner.

“Any film that has to do with any kind of Hollywood or show business, the Academy loves it,” Evans said.

Evans predicts that, given the patterns of Oscar bait, Quentin Tarantino’s “Once Upon A Time In Hollywood” will be a big winner at the 2020 Academy Awards.

The fact that the Academy gravitates towards films based in Hollywood is not surprising. Traditionally, the Oscars predominantly award Hollywood films while foreign and independent films are left out. Hazel Hahn, the chair of Seattle U’s history department, spoke about the Oscars’ Hollywood focus.

“It does have to do with the predominance of Western cultures,” Hahn said. “It is a part of the legacy of colonialism and the successful advocating and spreading of the idea that Western cultures and civilizations are superior.”

In the wake of #OscarsSoWhite, a 2015 campaign that called out the predominance of nominations towards white actors and directors. This behavior has continued to this day and it’s hard to deny that the Oscars are dominated by white, western cultures.

The dominance of white men in Oscar nominations is reflective of its Academy membership. Membership is invite-only and kept under wraps, and demographics remain skewed in favor of white men—89% white and 73% male in 2016. Kirsten Moana Thompson, a professor of film studies and director of the Seattle U film studies department spoke to the lack of diversity in Academy membership. She said that even after the #OscarsSoWhite campaign of 2015, the Academy remains predominantly white and male.

“In light of the #OscarsSoWhite campaign, [the Academy] began to systematically invite people of color and more women to join its ranks,” Thompson said. “But it’s still not keeping up with the diversity of even the films that have been made.”

This year’s best Picture nominees all focus on male protagonists, save Greta Gerwig’s “Little Women.” All the Best Actor nominees are white, and only one of the best Actress nominees is a woman of color, being Cynthia Erivo for “Harriet.” All of the best Director nominees are male. Some notable snubs are Greta Gerwig for Best Director, Jennifer Lopez for Best Supporting Actress in “Hustlers,” Lupita Nyong’o for Best Actress in “Us” and the entire cast of Bong Joon- ho’s “Parasite,” although it’s possible to attribute the “Us” and “Parasite” snubs to the Academy’s tendency to ignore films in the horror category.

Year after year, white and male- focused films continue to rake in awards, while films focusing on stories of women and people of color are snubbed. The Motion Picture Academy’s membership suggests that the Academy votes on films that reflect its members identities.

After this year’s nominations were released, #OscarsSoWhite and #OscarsSoMale began trending on Twitter and social media was peppered with stories about snubs. This happens every year, bringing the question as to

why the public still muster the energy to care about the Oscars and its snubs? A comment from Evans may point to why we still care.

“I’m hoping that this is just sort of a cycle and that the steps that we’ve moved toward diversity and inclusion haven’t been lost yet.”