The Cave Reopens After Delayed Renovations

Closed since the beginning of summer 2019, The Cave has officially reopened its old space for winter quarter.

Located in the basement of Campion Hall, The Cave had a temporary space in the game room while awaiting the completion of the renovations. The Cave was expected to reopen in the middle of fall quarter, but was faced with a multitude of setbacks.

The Cave lacked most of its products while stationed in the Game Room due to a significant decrease in space, but the temporary location change was necessary due to large renovations that needed to occur. The main reason for these renovations was due to the age of the building, which caused most of the problems the construction team faced when they began their work. Problems arose with plumbing, electrical, mechanical and fire standards, which contributed to lost time during the process. Chartwells said that the weather was also a contributing factor that further delayed progressions.

The old space has now been redesigned and organized with a modern edge, similar to the new design scheme of Cherry Street Market. Katie Sherman, a first- year nursing student, expressed her excitement for the new Cave, since it had been under renovations since she first arrived at Seattle University.

“I would say the fact that we can order food and we have the option of getting hot food, but then there is also take and bake pizza, there are refrigerated options and there are a lot of choices,” Sherman said.

Last spring and fall quarter, Seattle U’s dining and catering company, Chartwells, hosted feedback sessions for students to contribute ideas about the food choices to be offered at The Cave. Chartwells also offers a service called ChatBack, where students can text suggestions and Chartwells can respond. It was through this platform that Chartwells heard students’ requests for new food options and accommodations. 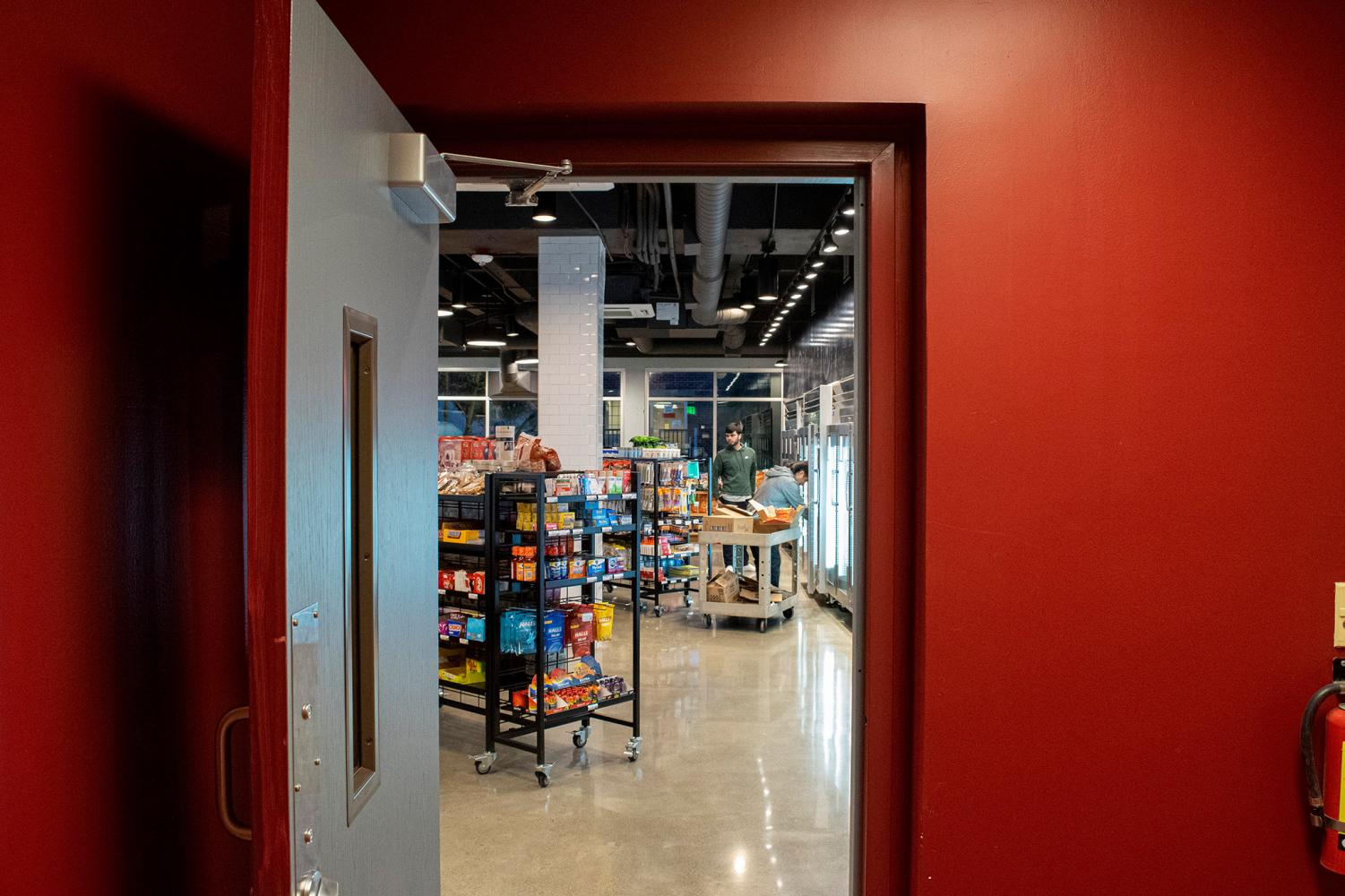 The traffic in the new space has increased and the management is planning to add more staff to accommodate the flow of students coming to eat from the hot food menu and the variety of snacks. Terry Conaty, the current resident district manager of Chartwells, explained that the new features of the kitchen include a full-sized hood, rotisserie oven, fryers, steamer, broiler and a convection oven. Conaty said the addition of these cooking appliances will increase the variety of meal options and create more flexibility to rotate options faster.

In addition to new hot food options, The Cave is increasing its variety in dry and refrigerated foods. Conaty mentioned that his favorite part of the new options offered is a large variety of fresh produce that is brought locally by Charlie’s Produce.

“Though we are still adding in quite a bit of shelving, we are also excited to offer more fresh produce, specialty items and ingredients for students to explore the world of cooking at home,” Conaty said.

With all of the renovations and upgrades, not all students are convinced The Cave has increased their food variety and quality of service. Shannon Christiensen, a fourth-year criminal justice major, is less-than-thrilled with the new Cave renovations. From the new decor to the hot food offerings, Christiensen does not see many improvements that have significantly changed her view on the convenience store.

“They don’t have any food for people with apartments,” Christiensen said. “They can’t use any of the stuff they sell, so what is the point of having a convenience store on campus if it is only junk food?”

Although Chartwells addressed the requests for at-home cooking options in The Cave, Christiensen does not feel these options were provided.