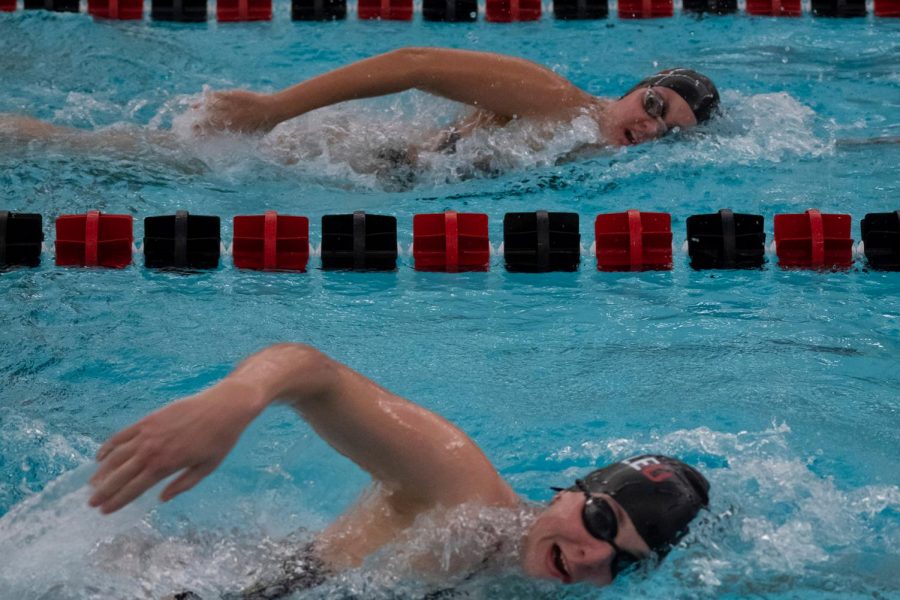 The Seattle University Redhawks are back in action after winter break with some teams just beginning their seasons while others are picking up where they left off in 2019.

Women’s tennis began their spring season with a tournament at Eastern Washington University on Jan. 10.The doubles team consisting of Sophomores Martina Asciuto and Hannah Grossman won their match by a final score of 7-6.

For singles, Sophomore Alisa Sabotic won her match 6-3, 4-6 and 10-6. First-year Jade Lancaster also collected her first collegiate dual win, posting match scores of 6-2 and 7-5. Despite notable performances, the women fell to Eastern Washington by a final overall score of 2-5.

The Redhawks capped off the week against No.14 University of Washington on Jan. 12, but ultimately fell to UW, 0-7.

The men’s tennis team also kicked off their spring season with a double-header at the University of Washington on Jan. 11. The Redhawks fought hard during a tough match against the Huskies, but unfortunately lost both matches 0-7.

The doubles team of Juniors Emilio Monroy and Colton Weeldreyer won three games in their match, but fell short. Weeldreyer also had the best singles match of the first game as he ended with a score of 3-6, 3-6. Monroy put some points up in his singles match, but it was not enough to secure a win, 4-6, 0-6.

In the second game of the double-header, First-year Lars Schmassmann showed improvement in his second match of the day, 6-7, while earlier he finished with a score of 4-6, 1-6. Sophomore Juan Pablo Jaramillo played his spring debut as a Redhawk, but fell short in his match 2-6, 3-6. The Redhawks will travel to Eastern Washington University on Jan. 19 for their next matches.

Both the men’s and women’s swim teams picked up their seasons for 2020 at their senior day meet at the Redhawk Center on Jan. 11. The women’s team won the meet against Whitworth University in a final score of 183-79.

Seniors Julia Gorman, Darian Himes, Maddie Rapp, Margaux Thompson, and Jayna Van Stone were honored at the meet, commemorating their final year as Redhawks. Van Stone won two individual events, the 200 freestyle in 1:57.86, and the 500 freestyle with a time of 5:17.58.

Thompson swam the 50 freestyle, finishing in third posting 26.06, behind her teammates, Juniors Allison Plamondon and Bryn Lasher, who placed first and second with times of 25.20 and 25.42, respectively.

Fuji took second place in two events, the 100 breaststroke and 100 butterfly with times of 52.24 and 1:01.40 respectively. Fuji also clocked in at 2:02.59 in the 200 butterfly, which earned him third. Sophomore Tyler Goodspeed won the 100 freestyle with a time of 1:01.40, while his teammates Roderick and Junior Jake Goguen were just behind, placing second and third. Junior Jack Neton won the 200 breaststroke in 2:11.49.

Both swim teams will be heading to Colorado Springs, CO for a meet against Air Force at Northern Colorado University on Jan. 17.

Both basketball teams faced off against the Utah Valley University Wolverines. The women travelled to Orem, Utah for the game on Jan. 11.

Senior Joana Alves gave the Redhawks 17 points, 5 rebounds and made 5 of 7 free throws, but it was not enough as the Redhawks fell to the Wolverines in a final score of 70-58. Sophomore Courtney Murphy followed behind Alves, scoring 11 points. The women’s basketball team will play the University of Texas at Rio Grande Valley on Jan 16.

The men’s team had a successful game against the Wolverines on Saturday night, winning 83-50. Sophomore Riley Grigsby scored 17 points and had 8 rebounds. Senior Delante Jones earned 13 points while Junior Terrell Brown put up 12 points. The men will also face off against University of Texas at Rio Grande Valley on Jan. 12 at the Redhawk Center at 7 p.m.