Everything That’s Wrong With Joe Goldberg in “You” Season Two 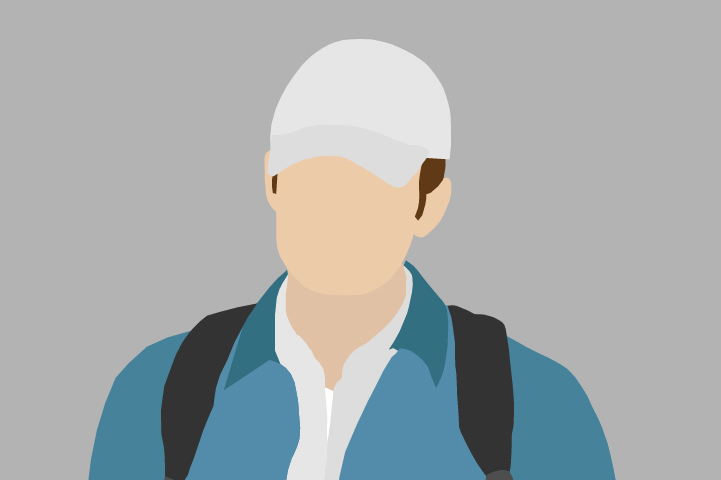 It should be easy enough to dismiss the hit Netflix series’ main character, Joe Goldberg (Penn Badgley), as a bad guy. For anyone familiar with “You,” based on the novel by Caroline Kepnes, dedicating a whole article to everything deviant and problematic about Joe may seem unnecessary.

And for anyone not familiar with the show, the first season followed Joe in New York pursuing his love interest Guinevere Beck. This pursuit involved the death of three individuals— including Beck herself.

“You” made its season two debut on December 26, this time with Joe moving to Los Angeles to escape a different ex-girlfriend he tried to kill. There, he ironically meets his newest love interest, Love Quinn. While the show does not follow the plot of the second novel—titled “Hidden Bodies”— as closely as the first season, it does incorporate the same cast of characters with a few extras.

From an outside perspective—the perspective that Joe’s partners and friends see—Joe is a good guy. He is charming, he is thoughtful, he is sweet. He is the ideal boyfriend.

But the side that the audience sees—the innermost workings of Joe’s messed up psyche complete with internal narration—is a deeply troubling, terrifying side. He is a murderer, a stalker and an obsessive, manipulative man. He is an abusive, toxic and dangerous boyfriend.

Yet, even with this perspective, fans around the globe have taken to an unhealthy admiration of Joe. Despite his obviously dangerous, messed up ways fans publicly proclaim their love for him and romanticize his actions.

A look at any post on the show’s Instagram page (@YouNetflix) reveals a string of commenters claiming that the show’s toxic couple are “goals;” luckily, the show makes an effort to respond to most of, if not all, these comments and shut them down.

While the show itself has sparked a series of lighthearted memes poking fun at Joe’s internal narration and his “disguises,” it has also made room for larger, much-needed conversations. Spearheading this dialogues at times is none other than Badgley himself.

Among the obvious themes of murder, gaslighting, lying and stalking, there are other deep-rooted societal issues at play. One prominent topic is the notion of white, male privilege and how Joe’s status may allow viewers to look past his “bad qualities” and focus on his charming persona and good looks.

“To me, Joe is this work in progress in dismantling and dissecting the myriad privileges that a young, attractive, white man carries with him,” Badgley said in an interview with the New York Times. “I’m not suggesting that the rest of the world shouldn’t have these so-called privileges. But I think when only one group has them, it’s actually a horrific blindness when it comes to being in touch with humanity.”

Joe is not an isolated case in this privilege. Think back to Netflix’s “Extremely Wicked, Shockingly Evil and Vile.” While that film was only a portrayal of the life of serial killer Ted Bundy, women have fantasized about the very real Bundy himself.

“You” has done a great job taking advantage of its popularity and utilizing Joe as a mirror to hold up to society. While the reflection falls short for some who continue to swoon over the problematic character, it has taken strides in disassembling problematic aspects of media the general public has more-or-less ignored until recent years.

One line from the first season that has stuck with me is when Joe is almost caught while breaking into his love interest’s home.

“I’ve seen enough romantic comedies to know guys like me are always getting into jams like this,” Joe thinks to himself as he hides behind the shower curtain. And if you think about it, it’s true—though maybe not quite to this extreme. Romcoms have instilled this belief in our society that it’s romantic how the guy will do anything it takes to win over the girl, even if the answer is “no.” Eventually, he’ll get that yes.

The show never tries to push the “good guy” agenda on the audience, but does a pretty masterful job appealing to that side and exposing all the wrong with it. In both seasons, secondary characters are used to appeal to Joe’s caring, empathetic side and a look at his troubled upbringing can provide some explanation as to why he ended up so wrong.

Either way, despite his “good traits” and his sad childhood, the show never uses these as excuses or explanations for his violent behavior.

Fans of the television series and the novel will be happy to hear that a season three has been announced and author Kepnes has confirmed there are more books in the making.