How One Workout Brought the Spotlight Back on Kaepernick 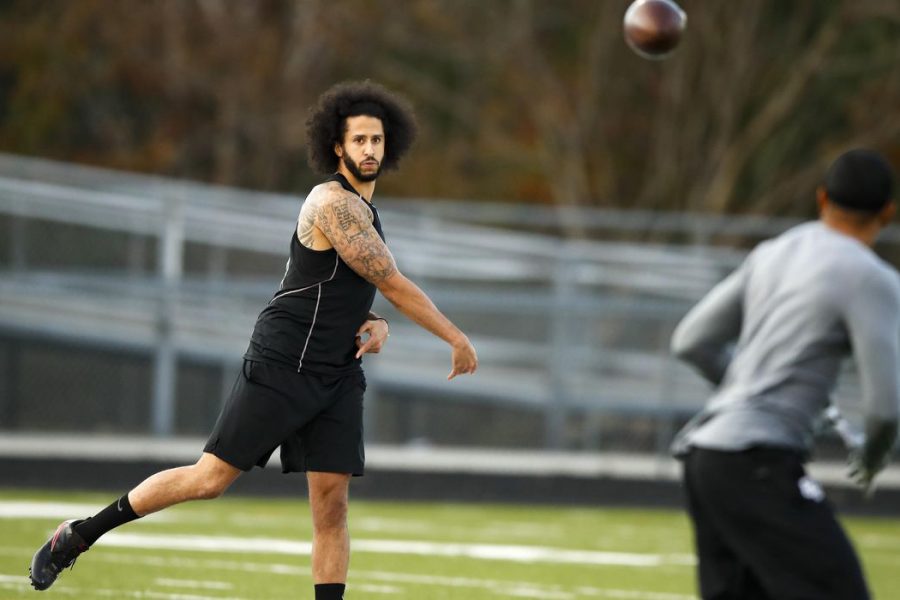 Years of contention have plagued the relationship shared between Colin Kaepernick and the NFL. And after three years of exile at the hands of the NFL, Colin Kaepernick held his own workout roughly 60 miles away from the Atlanta Falcons facility, where the initial combine style workout was supposed to take place, and where the NFL claimed the session “was designed to give Colin what he consistently said he wants.” All 32 teams, owners, and varying officials would be present during the workout, but at 2:30, Kaepernick informed the NFL that he would not be there.

Unclear language and paperwork concerns troubled Kaepernick’s lawyers, and Kaepernick wanted truth and transparency, two things him and his team felt they were not getting anywhere else. In a short statement after the workout, he spoke briefly about the NFL and the 32 teams “running from the truth”, and that he’s been waiting for 3 years to play again, or to even have these conversations that could make that happen, noting as well that he is ready to speak to any team.

Although I will say that from the transcription of the NFL’s official league site that it does seem they were fairly compliant with the requests of Kaepernick, legal contention and details surrounding an insufficient liability waiver led to Kaepernick’s change of heart. And of course it all depends on the source, as the statement from Kaepernick’s camp made it seem like the conditions and stipulations of the NFL workout were not at all what his team had requested or proposed.

In their response, it was also noted that “Colin’s decision has no effect on his status in the League. He remains an unrestricted free agent eligible to sign with any club.” But that statement is where I begin to take issue with the whole thing. Of course such a large scale display is going to change his “status” in the League. That may not mean by any legitimate means, no numbers or calculations have changed, he is still free to sign with whichever team. But yet again, Kaepernick’s reputation, his fight for justice, and the events of the last three years must all be standing in the forefront of the minds of the 32 NFL teams that might consider signing him. After this battle between the workouts, I honestly would not be surprised if he is further from singing as more tensions builds.

I think it’s important to note that under these conditions, caused by the press and the hostility towards Kaepernick that has been boiling beneath the NFL for years, a caucasian player with the same skill evident in Kaepernick’s abilities would not be under this scrutiny, even if the scrutiny is not so obvious. They would not have to hold their own workout, work tirelessly to market themselves, and still be labelled as rogue and unruly. The coverage notably died down in the past two years, less drama was circulating around his choice to take a knee during the national anthem, but that was just the beginning. The racist system has been stacking the odds slowly and steadily against Kaepernick since he was initially benched in 2016.

And beyond the workout, I can’t help but think that if a white player took the same action when the black lives matter movement was first breaking out and gaining traction in the press, they would be heralded as a peacemaker, someone helping to build connections and break the racial barriers in the world of football, speaking out for social justice. In some circles, undoubtedly, Kaepernick is considered this person. He made one of the grandest spectacles of protest on one of the world’s largest stages, and with no words said, exactly what needed to be. But in totality, I think it’s most notable that he has practically been shunned by the system as a whole. Not being a football professional or super fan, I can only say so much about the game, but the bureaucracy and racially motivated silencing of one of the most skilled players says a lot about the motivations of the league. Keeping things tidy in the press and legally at the hands of someone who is trying to push his way back in is painful to watch, and obvious of much more deeply rooted problems.