Gloria Steinem Is Given a Warm Welcome at the Paramount 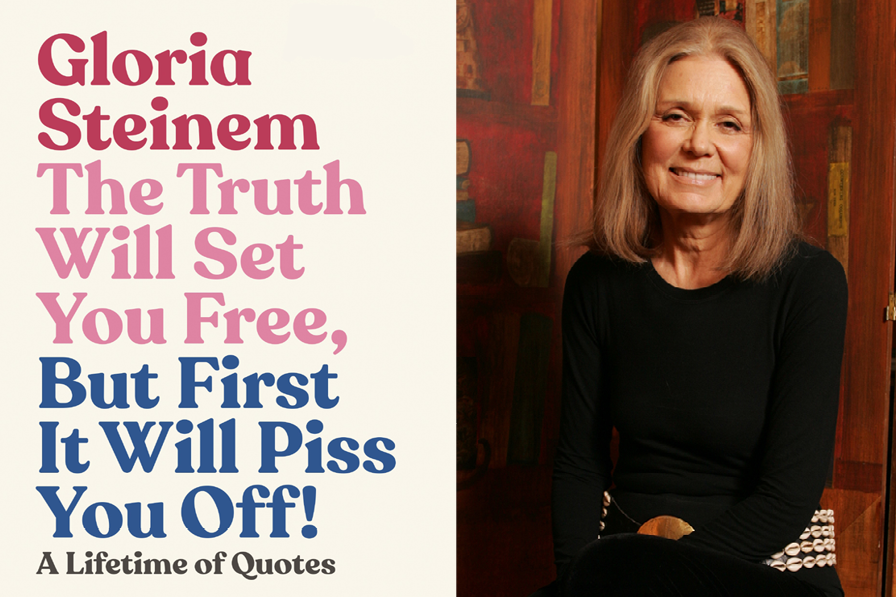 “There can be no true democracy with racism and without feminism.”

The political and literary community of Seattle has its fair share of powerhouse guests, and Gloria Steinem’s book tour stop at the Paramount Theatre on Nov. 21 was no exception. Steinem has been touring the country to promote her new book, “The Truth Will Set You Free, But First It Will Piss You Off!”

The National Women’s History Museum labels Steinem “one of the most visible, passionate leaders and spokeswomen of the women’s rights movement in the late 20th and early 21st centuries.”

She started as a New York journalist in the late 1950’s and gained national acclaim for a 1963 piece in which she exposed the sexist and underpaid work of the Playboy Bunnies. While it may seem obvious that the bunnies were forced into sexist situations, her work exposing the misogyny that Hugh Hefner’s signature bunnies experienced shocked the public.

Since then, her dedication and grit as a journalist and advocate has shaped American culture in significant ways. Co-founder of New York magazine, “Ms,” and author of several books, she has undeniably shifted the political climate. Now in her mid-eighties, Steinem has a long career to look back on and ongoing issues to advocate.

From her perspective, there is a long list of successes and failures to reflect upon. Legal strides like Title IX, no- fault divorce, Roe V. Wade and the instituion of No-Fault Divorce laws, coupled with the increased presence of women in government, the military and the workforce are all triumphs for the feminist movement—a movement to which Steinem helped establish.

The failure of Hillary Clinton’s 2016 presidential bid, which Steinem supported, is a setback that has hindered celebration of the women’s movement’s achievements and leadership. Trump, who Steinem labels the “harasser-in-chief,” was mentioned several times throughout the event, ruminating on how to build a better future for all Americans.

The event began with a series of Steinem’s quotes read aloud by members of Hedgebrook, a collective of female and non-binary writers. “There can be no true democracy with racism and without feminism,” solicited immense applause and encapsulated Steinem’s thesis for the night.

When Steinem walked on stage accompanied by Susan Silver—the music manager of Seattle-based Soundgarden and Alice In Chains— the audience roared. The conversation centered around how America has been rattled by a series of regressions. Silver asked Steinem how young advocates can sustainability push for progress.

“They actually talk about self-care. They are going to endure and last and be troublemakers for a much longer time,” Steinem said.

When asked about the place of young people in advocacy, Steinem’s response was instant.

“Young people probably know better than the adults, because they ask two questions: why are you the boss of me, and how is that fair? That is the root of all rights movements.”

While there was certainly a great deal of support for young activists expressed on stage, the conversation quickly moved toward reproductive rights and abortion.

“Every authoritarian system starts with taking that right away,” Steinem said. She recounted how abortion was restricted in Nazi Germany when Adolf Hitler rose to power—a striking image that captivated the audience. The themes of frustration over a lack of democratic ideals continued and included conversation about intersectionality.

The rise of white nationalism and patriarchy was a key focus of the event. Increased instances of hate crimes and the cultural backlash towards feminism were both cited as corrosive problems that need to be urgently addressed.

“30% of the country is in fearful backlash and voted for Donald Trump…we are the majority, but that doesn’t mean that we aren’t in huge danger,” Steinem said. She urged the audience to vote, organize, and mobilize, to “act like a majority.”

Silver then pivoted to music—her area of expertise—and asked Steinem about the power of music.

“There’s a reason every movement has an anthem…you don’t even want to think about a world without music,” Steinem said.

The room itself was rowdy and excited. Steinem made several witty remarks that solicited laughs. When asked how her eighties are going, she responded, “When you’re 85, most people are dead!”

The writer spoke with honesty and drive, taking the time to personally address the room.

Steinem then spoke about women who inspire her, citing Cherokee activist Wilma Mankiller and black writer and activist Alice Walker.

The conversation jumped quickly between topics. The two speakers thrived on the magnetism of the audience, but occasionally tripped over each others’ words or let silences hang for several seconds. The unrehearsed nature of the event was mostly expressed during the Q&A, in which an audience member asked how she could combat discriminatory treatment from her employer, the city of Seattle. Audience members shouted suggestions and loudly voiced support.

The event was not unlike Steinem’s career—revolutionary, messy, and powerfully feminist.