Do You Wanna Make a Sequel? 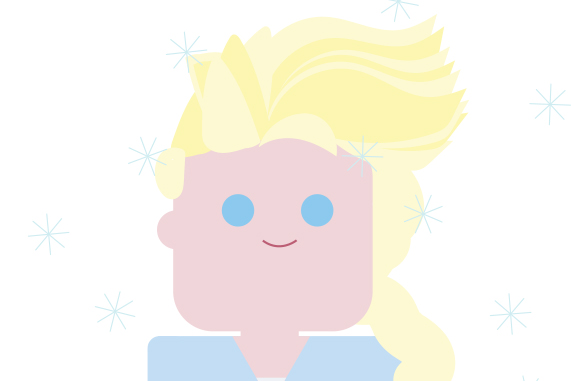 After a cool six years of waiting, Disney’s favorite sisters Anna and Elsa are back and ready for another adventure in “Frozen II,” as they embark on a quest to save their kingdom of Arendelle.

In “Frozen II,” viewers get more of a glimpse into Elsa and Anna’s parents and their past, as their father Agnarr shares the story of the enchanted forest. The forest was previously home to the Northuldra, who lived peacefully alongside the four spirits of air, earth, water and fire, until a conflict between the Arrendellians and the Northuldra erupted. Agnarr was at this fight as a young boy, but managed to escape as he was saved by some unknown person.

The film follows Elsa as she searches for the truth of this past conflict, as these same spirits now threaten her own kingdom. At the same time, she’s on the search for a “secret siren,” which she believes is calling for her.

Of course, no Disney film would be complete without a sweet soundtrack to pair it with. Only the Frozen soundtrack could bring together the icy powers of Weezer, Panic! At The Disco and Kacey Musgraves to sing about magical snowmen and chilly adventures.

The album is mostly filled with pop ballads, though a couple songs do stray from the Disney template, with one Nordic influenced song coming from Elsa and Anna’s mother, Iduna, who is voiced by Evan Rachel Wood. The film’s first song, “All is Found” by Wood, is an eerie folk song that comforts Anna and Elsa with its tales of Ahtohallan, a river that knows the secrets of the past.

The show stopper is Idina Menzel’s “Show Yourself,” the sequel’s version of Elsa’s defiant “Let It Go” in the first film.

The real star of the film, though, is Anna’s boyfriend Kristoff, voiced by Jonathan Groff, as he belts out his woes in true 80’s power ballad style. Throughout his song “Lost in the Woods,” I couldn’t help thinking it would be perfect for my sad girl playlist.

Warning: The remainder of this review will contain spoilers!

To be honest, the plot is a bit busy and some things just don’t add up. There’s old family secrets, internal struggles and dialogue, sister love and failed proposals crammed into less than two hours. In the end, “Frozen II” does nicely tie up most of its loose ends, but with so many balls in the air, the pacing seems a bit quick at times.

As one of my friends so astutely guessed in the first five minutes of the film, Anna and Elsa’s mother turns out to be Northuldra—and the person who saved their father from the fight all those years ago.

In the film, all the Northuldra people have more Indigineous American features, yet Iduna does not seem to carry any of these features nor do Anna or Elsa. Additionally, the Northuldra leader shares that Iduna came from one of the oldest families in the tribe yet there are no additional family members who come forward after Anna and Elsa meet the Northuldra people. These omissions make Iduna’s Northuldra identity seem like an afterthought.

Despite some brief periods of confusion, the film does provide a satisfactory adventure story—more so than its previous counterpart. Elsa is intrigued by the secret siren and embarks on her quest to find this voice and learn the truth of the enchanted forest. Their voyage takes them on a wild ride that includes Elsa taming the elements—including an objectively cool horse made of water—as she treks journeys to the enchanted forest then to Ahtohallan.

There are so many strings being pulled in so many different directions throughout the film, though, that it fails to effectively pull on the viewers’ heart strings in the signature Disney way that recent classics, like “Moana” and “Coco,” successfully did.

The hints at global histories of colonization are obvious and timely, as the Rock Troll leader says there was a “wrongful deal” in the past that needs to be corrected, referring to the deal between Arrendelle and the Northuldra.

As Elsa learns at Ahtohallan, her Arrendellian grandfather “gifted” a dam as a ruse to gather the Northuldra people. A vision to the past shows that he did not trust people who live with magic— the four elements—and that he was the one who started the fight, as he killed the original Northuldra tribe leader.

After Elsa tells Anna about their family’s past, Anna destroys the dam thus calming the spirits and righting a pat “wrongful action.” But in classic Disney fashion, there are no real negative consequences and Elsa swoops in on her water horse just in time to save the kingdom from the dam’s rushing waters.

Last but not least comes the question I know everyone wants to know: Does Elsa get a girlfriend? After six years of online discourse pointing to Elsa possibly being the first openly gay princess, we finally get our answer: sadly, no.

Yes, Elsa gets a friend who is a girl, but it’s for about five minutes and it’s used as a show of bonding and peace between Arrendellians and the Northuldra. This does not offer the LGBTQ visibility that is decidedly missing from Disney films.

So, whether you’re curious to see how Disney approaches colonization in 2019 or you’re just looking for a bit of animated adventure with a surprise new sidekick, “Frozen II” is a worthy sequel in this sister-centered franchise.

Sofía may be reached at [email protected]