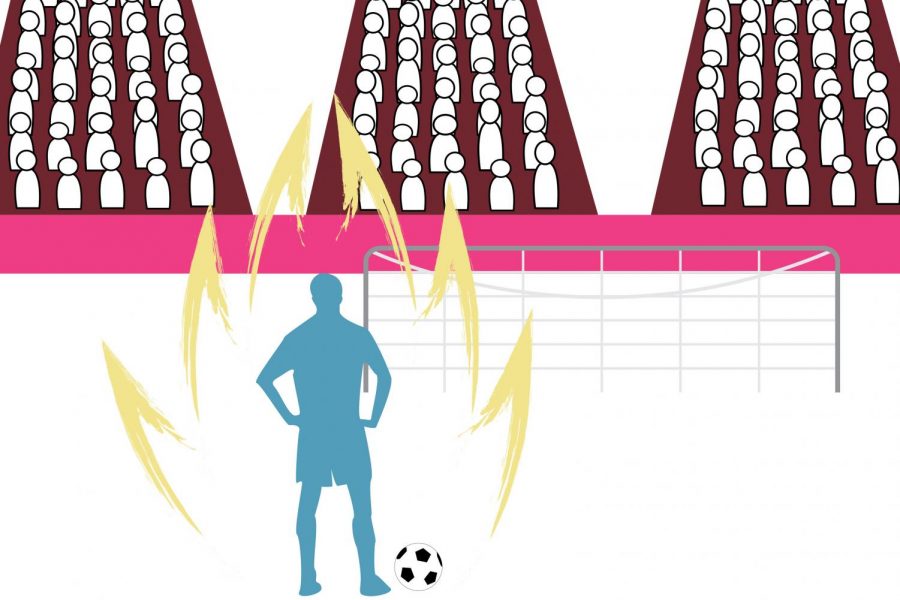 After winning the Western Athletic Conference (WAC) regular season and riding a high of a 13-game unbeaten streak, the men’s soccer team traveled to Colorado Springs, Colorado to compete in the WAC Championship Tournament. The team started out with a bye due to their performance during the regular season, which shot them to the semi-final in a match-up against CSU Bakersfield.

The Redhawks played in the semi- final on Nov. 15, which resulted in a 1-0 shut-out win. Redshirt Sophomore Goalkeeper Akili Kasim had four saves throughout the game, which marked his 10th shutout of the year.

Kasim sat out last year, which he says helped him prepare for the 2019 season. During the fall, he learned from the starting goalkeeper last year, and in the spring he adjusted better to the team and collegiate play.

The win also sent the Redhawks into the final match, where they faced Utah Valley University (UVU). The game took place on Nov. 17, and UVU brought their A-game—they scored right at the 34-minute mark.

The Redhawks kept their composure, and soon Senior Julian Avila-Good scored to tie the game in the 43rd minute. In the second half, the game remained scoreless, sending both teams into overtime.

Overtime produced no goals for either team, leading to double overtime. Again, the teams were still stuck at a 1-1 tie, forcing a penalty kick showdown to determine who would take home the win.

A penalty kick shootout can put a lot of pressure on a goalkeeper, and Kasim knows that feeling all too well.

“I get so rattled sometimes with penalties, but my Goalie Coach Jake [Feener], he helped me a lot with that,” he said. “We went through PK’s and shootouts a lot with the team. With him, [Coach Feener] he just told me to trust my instincts.”

Kasim relied on his gut feeling— especially against UVU—because they switched up their direction of shots.

The first shot went to UVU, and they scored. First-year James Morris scored as well, evening out the penalty-kick score. UVU missed on their next shot, but Sophomore Hal Uderitz scored, edging the Redhawks to a win by one point.

The Redhawks won the WAC Championships, meaning they obtained an automatic berth into the NCAA Tournament. Furthermore, Kasim’s already successful season included WAC Freshman of the Year after a frustrating start to the season due to injuries.

Morris gave credit to his team for helping him get back up and accomplish what he did during his first year.

“Everyone gets on with each other really well—we just keep pushing each other,” Morris said. “So, I’ve got them to thank for the award.”

Morris explained that the team attitude contributes a lot to their success.

“There’s a great team feel, and everybody does stuff together,” he added. “As we go on from WAC league and the WAC tournament, I think we deserve it. We just want to kick on now and have a good run in the NCAA tournament.”

The WAC Championship win sends Seattle U to the big dance. This will be the fourth time in seven years that Seattle U partakes in the prestigious NCAA tournament.

Coach Pete Fewing reminisced on the feeling from last year, where the Redhawks got knocked out in the first round of the WAC Championships— the team was driven to reach the goal of qualifying for the NCAA tournament since.

“You have to give the players credit for that one—they were devastated— sick to their stomachs,” Fewing said. “It’s in the players’ minds, and that’s great when it comes from the players.”

Fewing further talked about how this year’s team is motivated after having a stellar season and how they plan to carry that same energy into the tournament.

“The good news is, we as coaches don’t have to push as hard to get them fired up. More than anything, it’s about managing their emotions and not getting too high too early.”

Men’s soccer will kick off against LMU on Thursday, Nov. 21.