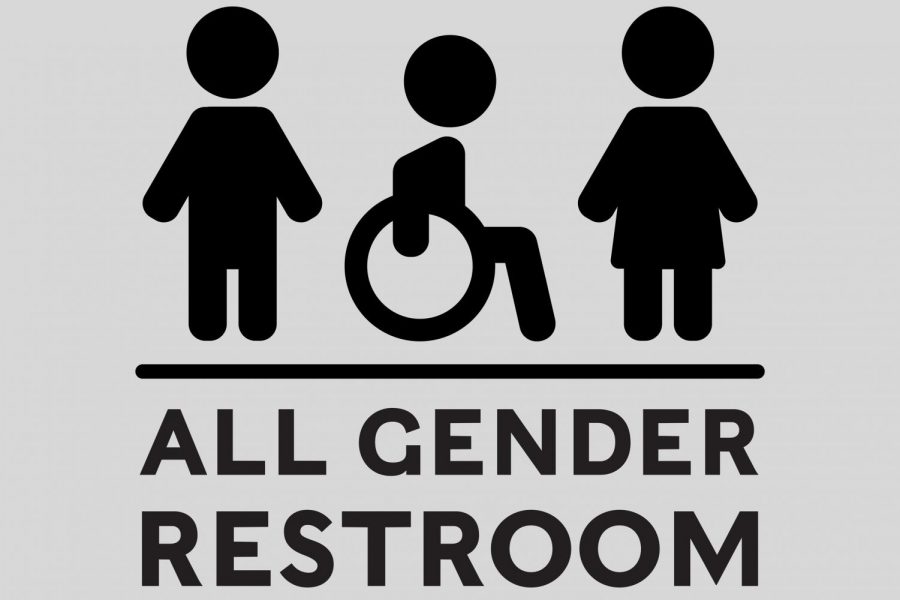 A petition to de-gender the Seattle University law building bathrooms has gathered 403 signatures, and has brought attention to university faculty and administrators sparking the discussion of inclusivity on campus, specifically around gendered facilities. A response was issued by Dean Annette Clark on Nov. 4, and students are looking towards administration for answers.

The petition was presented by Seth Alexander, a third-year law student. Alexander personally experienced feeling unsafe and believes that it is inconvenient for those who are uncomfortable using gendered facilities to use the bathroom in the law building.

In an email statement to The Spectator, Alexander spoke highly of Clark’s response to the petition, finding it consistent with conversations he has had with her.

“She listened patiently, took notes, and explained part of the process involved in trying to make this work, from possible issues with building codes to the fact that a policy change might need to be implemented by the university,” Alexander stated. “I got the sense that, if it were entirely up to her, Dean Clark would be entirely in support of the idea.”

As far as progress is concerned, Alexander made it clear that conversations need to continue among those in power.

“I haven’t followed up with Dean Clark yet in particular. I don’t really know the specific status. My worry is that it isn’t a priority, so it will just keep getting tabled and set aside,” Alexander stated. “One of the things I am trying to incorporate is how I want to stay on track and hold people accountable to make sure progress is being made.”

University Provost Shane Martin spoke about the construction of the new Center for Science and Innovation (CSI) building and construction goals for new facilities on campus, including that there are administrators and staff working with Clark to make progress.

“Of course I’m also being informed because it’s important and I want to be aware of how we move forward on this,” Martin said. “When we consider the range of options we have, I’ve talked about codes and permits, but then we also have to look at what the cost would be and then make some determinations around that because we have so many needs right now at Seattle U.”

As far as the law building is concerned, Martin recognizes the shift in societal awareness is far different now than when it was built.

“It’s one of our newer buildings on campus, but even when that building was built, we didn’t have the social awareness that we have today of the needs of important parts of our community,” Martin said. “If a building is being planned and built today, we are going to look at it differently than we would have 10, 15, 20 years ago, which I think is a good thing. I think it shows progress and awareness.”

Other considerations are being made for facilities that go beyond gender neutralization, according to Martin.

“It’s not just a question of planning for gender neutral bathrooms, it’s also lactation rooms. It’s making sure that we have bathrooms whether they’re gender neutral or gender specific, that provide changing tables for community members and students,” Martin said. “There’s a whole range of things that we need to be more thoughtful about, and those kinds of considerations are going into our new buildings, for example our CSI building.”

Communicating where the available restrooms are is also important to this topic, according to Martin. He said that the university needs to do better when identifying and marking gender neutral restrooms to ensure that they are accessible.

Clark sent out a statement in response to the petition where she emphasized that providing safe and convenient restrooms for all students, staff and visitors in Sullivan Hall is her first priority. She went on to acknowledge that larger issues that stem from the restroom configuration.

“I think the fact that we are engaging in these conversations is healthy, but there are real emotions operating among members of our community who have differing views and experiences on these questions, and so I ask that we practice civil discourse and care for others as we engage in discussion (especially on social media), as befits a community of professionals and colleagues.”

Moving forward, Alexander calls for more action, but is optimistic for the future in this fight.

“This is just the beginning. Hopefully the university will make an official comment soon, but comments, no matter how supportive, are not enough. This requires action…If we shy away from necessary hard work, then we are not committed to social justice. If we do not do the work, then we are merely using the language of social justice to maintain our reputation.”