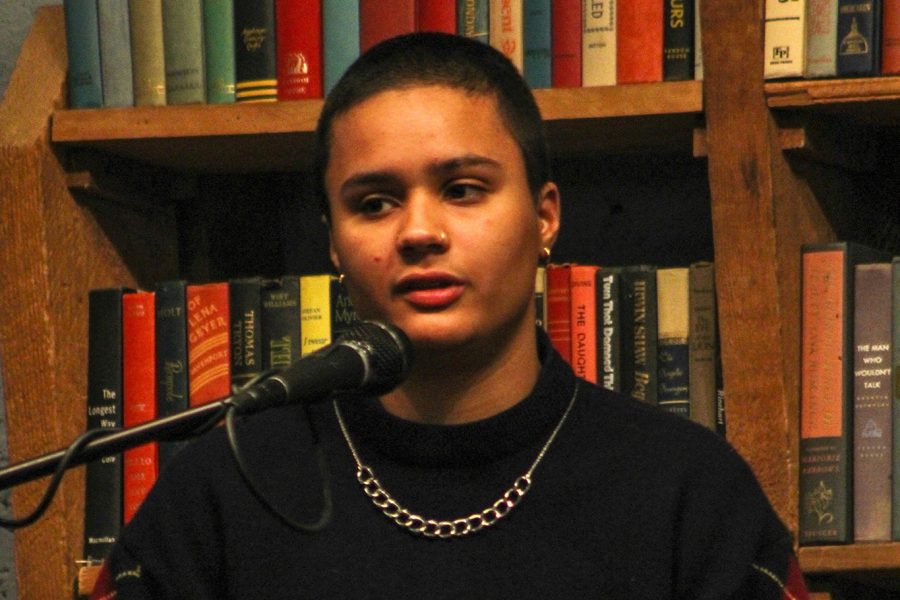 Azure Savage, a teenager and Running Start student at Seattle Central College, released their first book on Nov. 14 titled “You Failed Us.” The book opening was held at Elliot Bay Book store, and it was opened for public attendees who need a place to hear about stories of segregation and about a student of color. There were several attendees who are currently working as teachers in Seattle schools or with children that attend Seattle schools. For most of the event, Savage spent time recapping the book, and sharing their personal experience. According to Savage, there were moments that they did not want to go to school and did not feel like they were a part of the community.

Throughout the book, Savage wanted to express a message of awareness, a story of being a student of color and give advice for people who felt the depression of the segregation. Their book is an investigation of the experience that students of color have in Seattle schools. It is also the author’s personal story, as they are someone who was personally affected by the segregation and racism of the school district.

Jereny Bronson, a parent of a Seattle Schools student and an attendee of the event, shared what he expected from reading the book.

Bronson spoke about to his experience of being a white parent to adopted children of color.

“I expect to feel compelled to do what I can, especially as a parent to improve the experience that my child and my kids will have,” Bronson said. “It’s always been a challenge sometimes to consider do I want my daughter what people consider opportunity or do I want her to have racial merit?”

“The hardest challenge was to build the Emerald from scratch.” Harrison Green said. “Having to cultivate a lot of writers, cultivate trust within the community, pay people running the business side of journalism, along with the reporting side. It was very tough, but it was worth it.”

The Emerald journalist also emphasized that young journalists need to cover a full and interesting story, and he said the important thing this field is to build a relationship with sources. In general, the journalism industry is similar to the business firm where you need connection and relationship.

Savage became visibly emotional and touched during the discussion with Harrison Green. There were moments that Savage was shaking, especially when they talked about his past. They was born and raised in a mixed family, but most of the time, they were taught by a white mom who did not have to deal with racism that they was experiencing. Savage shared that there were times they caged themself in the restroom because they felt much safer in there than the classroom.

Savage spoke to their experiences in feeling uncomfortable in a classroom setting, resulting in a resistance to physically attend school.

“There are times when I go to online school full time. I want to move across the country to live with my dad and go to school there. I want to get out from wherever I was,” Savage said. “I think the simulation I did was necessary for my survival. Like I wish I didn’t have to do it, but I think things might have even been harder if I haven’t.”

Nonetheless, Savage hopes their book will bring up some positives messages and force the Seattle school system to confront its structural inequities.