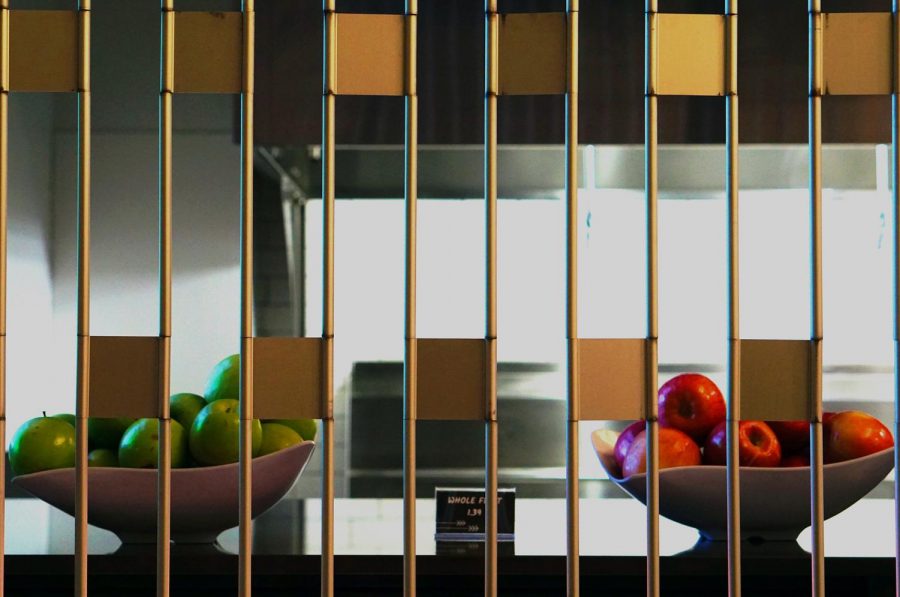 Since becoming Seattle University’s dining service provider in 2018, Chartwells has been accused of infringing on workers’ rights and issues with food poisoning. Now, workers have again come forward with allegations that Chartwells is not keeping up their end of the union contract.

Several workers have alleged in interviews with The Spectator that Chartwells has denied them raises, tips and overtime pay. They further allege that the company has not paid them for some of their hours worked, changed their schedules without warning and has paid varying wages to workers who should receive the same pay. The workers say that these are all breaches of the union contract signed by Chartwells employees and Chartwells management. Employees also allege that Chartwells has used temps instead of hiring full-time employees.

According to two employees who wish to remain anonymous, Chartwells has failed to pay legally required overtime wages for hours worked past the standard work-day of eight hours. These employees will hereafter be referred to as first and second Chartwells employee.

The two employees also allege that Chartwells changes their schedules with little to no warning, which would be a breach of Seattle’s secure scheduling ordinance.
“So do we matter? No,”
These allegations are similar to those that were brought to Student Government of Seattle U and Residence Hall Association last academic year, which include insufficient training, missing pay and food safety concerns. After a months- long series of negotiations between Chartwells and SGSU and RHA, Chartwells said they made changes to their management structure.

Workers said that they do not feel like Chartwells respects them as a result of actions such as these allegations.

“So do we matter? No,” the first Chartwells employee said. Chartwells Marketing Manager Brie Bordner, however, maintained the opposite sentiment.

“We’re a family. And I think that’s important to remind ourselves,” Bordner said. “I remind our team that all the time.”

“Ultimately, we are partners in this and we want them to provide the best service and ultimately, that’s where we are,” Wade said. “If there are some challenges with with Chartwells in any way, then we would work with them to figure out what those are and try to identify them and correct them.” 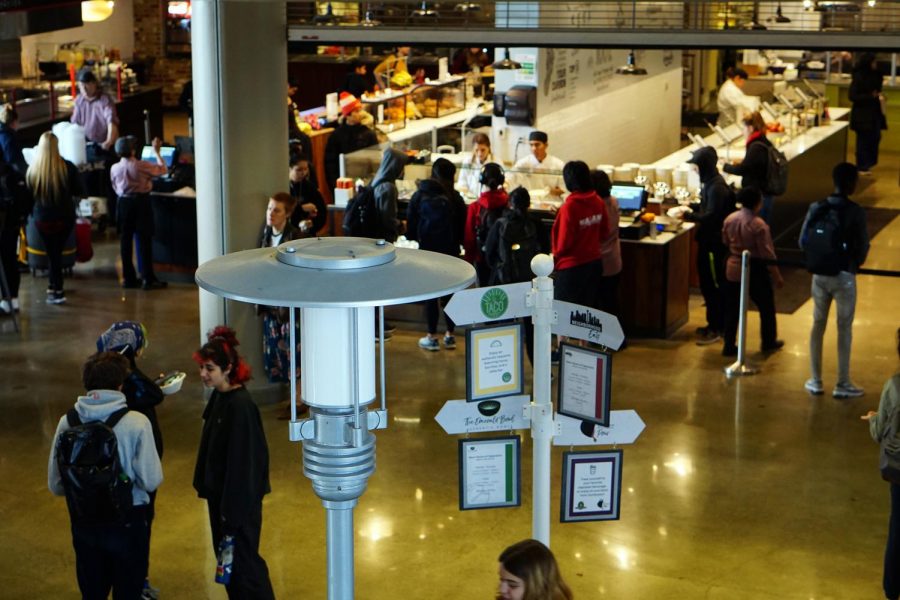 Conaty and Bordner said they feel communication with the Chartwells employees is strong. Speaking to the culture of communication in Chartwells, Bordner discussed pre- service meetings between management and workers. These meetings occur twice a day, and she said that they are an opportunity for employees to bring up concerns and share ideas.

“It’s to brainstorm, to come up with ideas, and it’s to communicate those important messages,” Bordner said, with regard to the pre-service meetings.

The employees, however, said that despite meetings like these, they do not feel supported or heard by management.

“There are many people here who will tell you they don’t feel management cares,” the first Chartwells employee said. “Now [Chartwells] says they care, they’ll have whole meetings saying they care. But things don’t change.”

In a pre-service meeting that The Spectator was invited to, two of the approximately 15 employees in attendance spoke. They did not voice concerns with Chartwells, but spoke to cleaning and service policies. The meeting was led by five members of Chartwells management.

Terry Conaty, the resident district manager for Chartwells at Seattle U ,challenged the workers’ claim that they were denied wage increases, saying that this would not be possible because it is against company policy. He said that workers are eligible for increases in pay if they are identified as high performers; in addition, employees receive an automatic raise every six months.
“There are many people here who will tell you they don’t feel management cares…But things don’t change.”
When asked about the issue of missing overtime pay, Conaty denied the allegations and spoke to the legal implications of denying overtime pay.

“Quite honestly, I have zero knowledge of overtime…We are legally required to pay people overtime,” Conaty said. “So it’s actually the way our accounting system works, and I don’t even know that there’s a way that we could manipulate that, we wouldn’t want to.”

Employees allege that Chartwells has missed payments for overtime.

“I am supposed to be paid overtime for any hours over 40. Have they weaseled around that before? Yes, they have,” the first Chartwells employee said.

The second Chartwells employee alleges that on one occasion, Chartwells did not pay them time and a half for overtime, but only paid them at their normal hourly rate.

The Chartwells employees who spoke with The Spectator also allege that the company changes schedules with little or no prior notification, which is in violation of the union contract.

“In the evening, I was informed that we would no longer be closing at seven— we’d be closing at eight—with no prior notification to me or my co-workers,” the first Chartwells employee said.

When asked about employees having to work longer shifts than expected, Conaty denied the claim and cited Seattle’s secure scheduling law. This law says that retail and food service employees must be given their schedule two weeks in advance. Gaynor also denied the claim that Chartwells changes schedules without adequate warning.

“Do we force our employees to work later than their schedule? No, we can’t,” he said. “If and when they do, they’re compensated. In addition to the extra hour they work, they get an extra hour of predictability pay.”

This policy is in accordance with Seattle labor law, but Conaty acknowledges that sometimes scheduling gets shifted around.
“I am supposed to be paid overtime for any hours over 40. Have they weaseled around that before? Yes, they have,”
The two Chartwells workers who spoke to The Spectator also note that their union contract states that they may receive tips, yet they have no access to tips under current Chartwells management.

Conaty said that he was open to the idea of tips but was unsure of how it could be implemented.

“I’ve never seen it [tipping] in a food service environment like this,” Conaty said. “And I’m not even opposed to it.”

Conaty went on to discuss the extent to which he believes his employees are comfortable talking to him or other management about their issues with Chartwells.

“I would say 98% of our staff, I think we feel very, very comfortable [talking to management],” Conaty said.

The two anonymous employees said that they don’t plan to return to Chartwells after the winter break, noting that they believe Chartwells will likely replace them with temps.

“We won’t have to come back here because obviously if they feel that they can make do with temps,” the second Chartwells employee said.

The second Chartwells employee spoke of how one of their colleagues was treated by the company.

“[This colleague has]given everything they have and has nothing to show for it, as if Chartwells doesn’t care.”