“The Thanksgiving Play” at the SPT Is Cause to Give Thanks 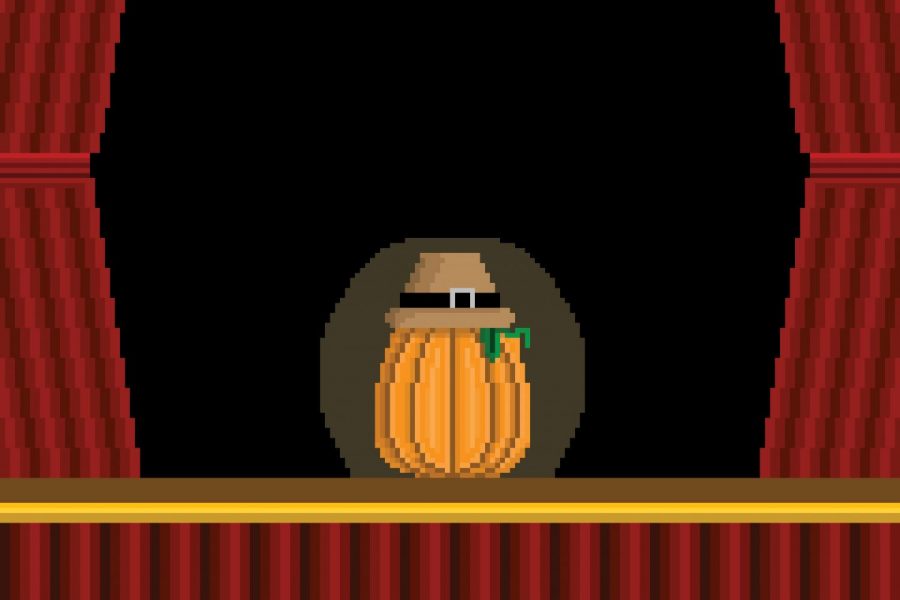 “The Thanksgiving Play” by Lakota Playwright Larissa FastHorse is profoundly contemporary. Few plays are able to capture a moment as effectively. While some pieces of theatre are lauded as timeless, this play deserves equal praise for portraying the late 2010s so accurately. While the script often dips into the absurd to solicit laughs, “The Thanksgiving Play” should be taken seriously as an achievement in satire.

The Seattle Public Theater (SPT) production strikes a humourous tone from the moment the doors open. One hears country and classic rock tunes rattling from large speakers as they walk in. “Party in the USA” makes the audience tap their feet—if not put their hands up—before the play even begins.

The jokes and the characters enraptured the audience. The SPT’s facilities are less polished than other theatres such as the Seattle Rep or the ACT, but the cast is up to par (in fact, nearly everyone in the cast has performed on at least one of those stages). It is a charming venue that deserves just as much credit for producing great work.

“The Thanksgiving Play” depicts a high school drama teacher, an elementary school history instructor, a “yoga dude” and an actress from Los Angeles attempting to write an inclusive, accurate play about Thanksgiving. It deconstructs the insecurities of “woke” white Americans, who often spend so much time tiptoeing around offensive language that they forget to actually achieve any meaningful dialogue.

Logan (Jonelle Jordan) is hilarious. She is perfectly sympathetic as a drama teacher woefully out of her depth, and serves as the emotional center of the play. Her boyfriend, Jaxton, (Martyn G. Krause) is perfectly insufferable. Krause inhabits the farmers-market- wholesomeness of his character well, and the chemistry between the two actors is sweet. The audience still roots for them, as the couple does a terrible job creating a play that depicts the first Thanksgiving with a proper indigenous perspective.

Alicia (Zenaida Rose Smith) is a “Native American” hired to be in the play through a public grant. The others quickly learn she isn’t Native American, but rather plays people of color because she can “pass” as many ethnicities and “might be Spanish.” Hilarity ensues as the team panics about justifying their obvious casting error.

Logan leaves Jaxton, and their associate, Caden, alone for a few moments to craft a scene about the meeting of the “pilgrims and Indians.” When she returns, the two have rendered a horrifically violent account of the real genocidal campaign wrought by European settlers.

Logan, exasperated and furious, shuts them down and attempts to find a way to tell the truth without angering the parents that will see the play. Each character exposes a different flaw in traditional American conceptions of culture and history.

Director Kelly Kitchens’ work is evident in many small ways throughout the production. It is clear she values a clean set and clear performances. There are moments of pure mayhem, but every overturned chair and scream amongst the racket is meticulously layered, which achieves an impressively faithful rendering of the play.

At one point, Jaxton pulled a prop head out of a bag and throws it swiftly at Caden, whose head had not completely turned to see it yet. Viewers momentarily flinched, as they thought an error had occurred as the head flew. But, it was perfectly caught. This was just one small moment, but it speaks volumes to how intricate the show is, as well as to the dedication of the director and cast. The play occasionally pulls down the projector screen to show footage of subtle (or not so subtle) videos of students singing or performing racist songs about Thanksgiving and Native Americans. Phrases like “teach the Indians to share” and “redman” are used. These icy interludes help bring the audience back to the point—as funny as the exaggerated characters are, there are real educators who are failing real students when recounting American history.