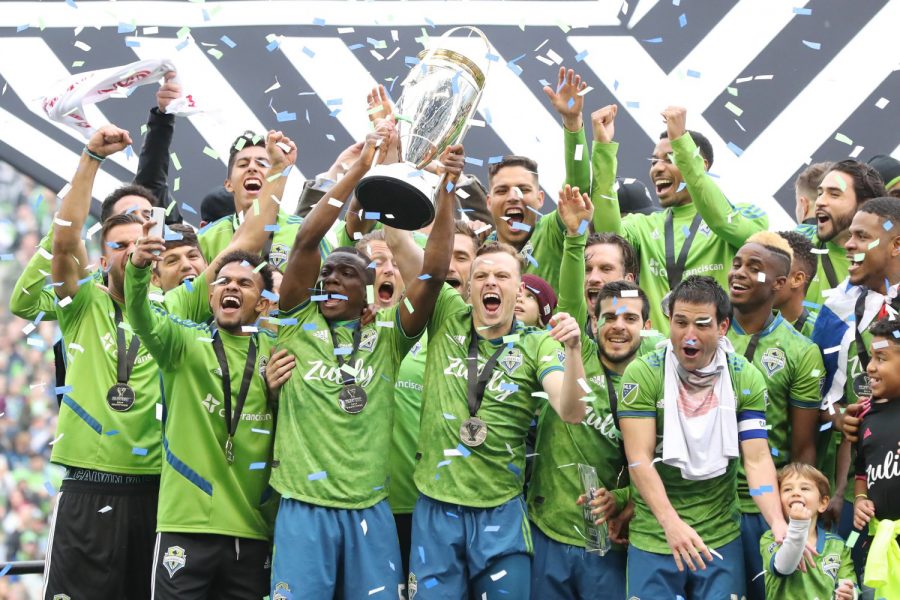 Courtesy Of The Los Angeles Times

The Seattle Sounders made history on Nov. 10 when they seized their second MLS Cup victory in front of their home crowd at CenturyLink Field. The crowd, made up of 69,264 vivacious fans, broke the stadium’s attendance record as well as being the most attended soccer game in Washington state history. Seattle University fans should be excited to note that Seattle U alumni Alex Roldan was a part of the winning squad. Though he did not record any playing time in this match, his brother and University of Washington alumni Cristian Roldan played the full 90 minutes.

With a final score of 3-1, the Sounders claimed vengeance over Toronto FC. The two teams have quite a bit of history—and impressive stats—both having made the MLS finals three out of the last four years.

In both 2016 and 2017, the Sounders made the trek up to Canada to play in the MLS Cup Final. They prevailed in a stressful penalty shootout in the 2016 match-up, but it was Toronto who took home the cup in 2017.

Now, in front of their home crowd—a stadium consisting of almost entirely blue and green support—the Sounders were victorious once more.

A Toronto-dominated first-half cast a looming net of fear over the Seattle crowd. The Reds completed more passes in the Sounders’ half than the Sounders had overall in the first 45 minutes of play.

Though Seattle had chances, most in the form of poorly executed corner kicks, their play was jumbled and anxious. The energy that the fan base had brought into the game—amped up with the revelation of a stadium-wide tifo and Pearl Jam Mike McCready’s rendition of the National Anthem on electric guitar—was quickly dwindling.

Sounders’ Kelvin Leerdam brought that spirit back in the 57th minute. His attempted cross deflected off a Toronto defender’s knee and settled into the back of the Reds’ net. Victor Rodriguez brought the score to 2-0 and the crowd to their feet once more in the 75th minute. Rodriguez would go on to be awarded MLS Cup Most Valuable Player.

The third Sounders’ goal came in the 90th minute at the foot of Raul Ruidíaz. Even though Toronto managed to bring the score to 3-1 in extra time, the crowd was not bothered. The celebration had already begun.

As the award ceremony began, the only section to clear the stadium was a deflated pocket of red in the corner.

Even though the Sounders claimed an MLS Cup in 2016, this win was a decade in the making. After bouncing through various minor leagues, the Sounders joined the MLS back in 2009. The chance to clinch this victory in front of a packed home stadium was exceedingly rare. The city of Seattle will remember this win for a very, very long time.