Seattle U Remains Top 50 Green College but Drops in Ranking 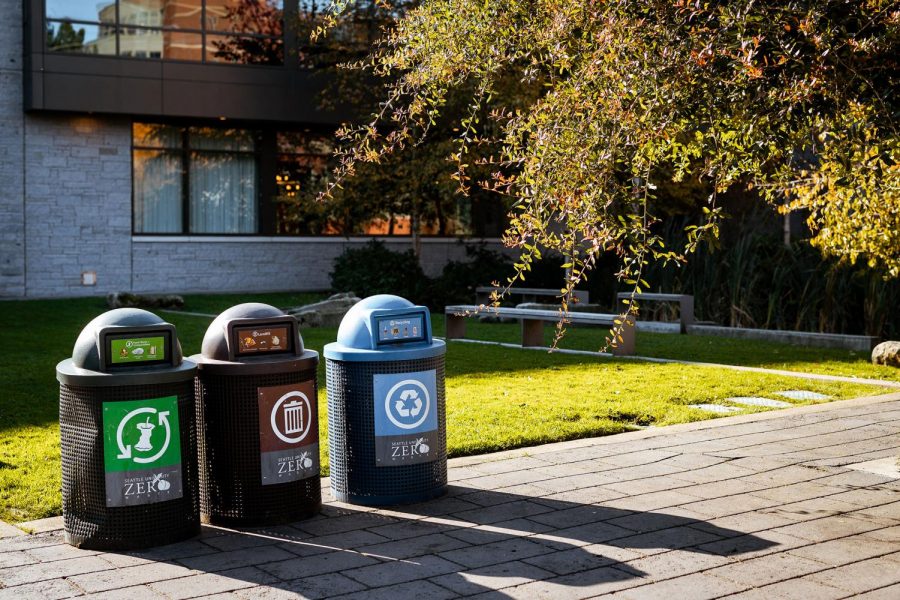 In the latest update of the Princeton Review’s Top 50 Green Colleges ranking, Seattle University dropped from its previous ninth ranking to 21st. Stats from 2019 Sustainable Campus Index by the Association for the Advancement of Sustainability in Higher Education (AASHE) showed that Seattle U is doing fairly well with the sustainability and environmental preservation. Seattle U ranked at the 4th place nationally as an overall top performer among master’s institutions.

In the newest version of Cool School ranking, Sierra Magazine also placed Seattle U as one of the Top 20 Cool School. Statistics from Sierra showed that Seattle U saved about $100 million and four million gallons of water.

Earlier this year, the university underwent a recycling audit that concerned many members of the Seattle U community regarding the campus’ disposal habits. The school was given 30 days to improve its recycling practices, and was able to reduce its 10% contamination levels.

Emily Nielsen, a sophomore public affairs major and environmental studies minor, spoke to how a growing number of colleges and universities are participating in focusing on sustainability.

“I think it is great that we are in the top 50,” Nielsen said. “I think it does show that the other colleges are also becoming more cognizant of how important sustainability is within higher education institutions.”

Nielsen has seen the impact on sustainability-related initiatives at Seattle U, both through the school and through student-led organizations. She was involved with Sustainable Student Action, the group that pushed for the university to fully divest from fossil fuels. She stated that she was excited to see more initiatives being created through the Center for Environmental Justice and Sustainability (CEJS).

Being involved in the Top 50 Green Colleges is an achievement and testament to CEJS’ efficacy. Even if the ranking is not as high in years past, the CEJS is doing a lot of work to keep Seattle U a green and clean campus.

Yolanda Cieters, the sustainability manager for CEJS, said that the soil of Seattle U’s gardens are fed with compostable materials, and no pesticides. Most of the compostable waste is from food and the Chartwells catering service, which is collected and categorized before CEJS uses them for gardening purpose.

Cieters was not too upset that the new ranking placed Seattle U in the 21st position, but was actually very proud to be included in the Top 50.

“Maybe it’s not that negative of news. It just showed that so many more universities are doing more around the sustainability, and that everybody is really looking at how we can improve because it is so necessary— it is so urgent,” Cieters said. “Those rankings, what they used in terms of data from our campus, they seem to only have the same as last year because we have not done any new reporting. It just means that there are other universities that have really done lots of improvements in many areas.”

Even though the CEJS is positive about the Princeton Review ranking, there have been some concerns about the quality of Seattle U’s sustainability.

Jordan Lo, a sophomore biochemistry and environmental studies major, talked about conversations he has had considering Seattle U’s problems with up-keeping sustainability initiatives.

“If you live on campus and in on-campus housing, your waste rooms have the list with pictures showing things that are recyclable or not recyclable, and thing that compostable or not. If you are eating at any on-campus location, it is important to know that all these to-go boxes and coffee plastic cups, stuffs that they give you, are compostable.” Lo gave advice for students who still struggle with compostable and sustainability process.

Sustainability still remains to be an ongoing conversation, but Seattle U has a long term plan for that. Cieters believes there is a lot more work to do in the next few years on the campus.