Italian Masterpieces to See in the Flesh 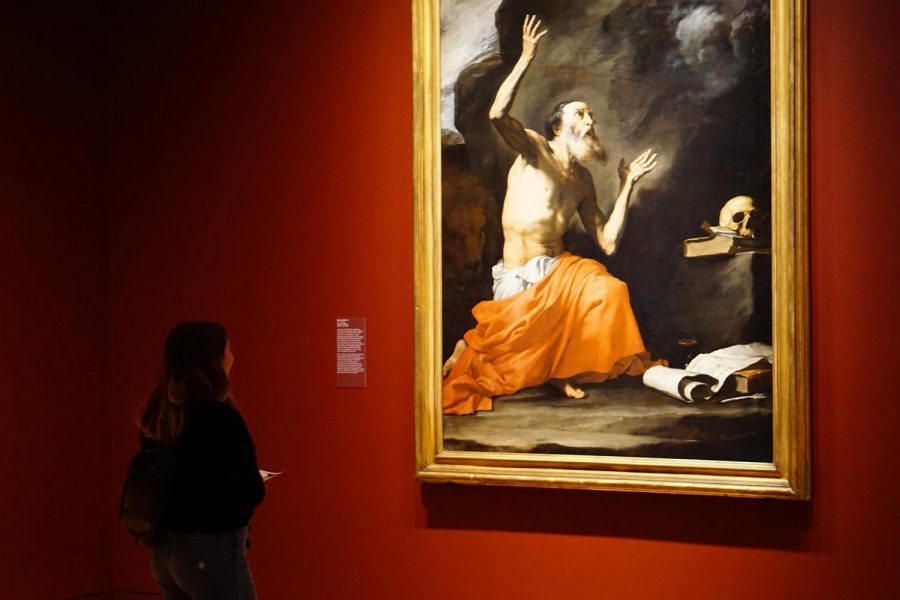 Categorized by a heightened emotional moment, Baroque art draws from classical or religious themes and expands with great human detail.

Monica Bowen, instructor for the Department of Art and Art History at Seattle University and the Adult Tours Training Chair for docents at the Seattle Art Museum, talked about the rarity of such an exhibition.

“The ‘Flesh and Blood’ exhibit is significant because it allows the people of Seattle a rare opportunity to see works of art by major, significant artists who worked in Italy during the Renaissance and Baroque periods.” Bowen said.“I am particularly excited to see paintings by Raphael, Parmigianino, Titian, El Greco, Guido Reni, Jusepe de Ribera and Artemisia Gentileschi.”

The exhibit is a condensed overview of the Italian Renaissance and Baroque through the collection of the Farnese family—and instead of a trip to Naples, it only takes a quick ride on the light rail from Capitol Hill to University Street station. The art feature works with violence, human beauty and interesting stories—a treat for the art enthusiasts and novices alike.

“The major focus of the exhibition is on depictions of the human body, which accounts for the word ‘flesh’ in the title. There are both male and female nudes on display in several— but not all—of the 40 paintings in the show,” Bowen said. “As is typical of the dramatic subject matter found in a lot of Baroque art, there are also some images of violence and blood.”

Another important aspect of the exhibit is the depiction of strong women. Many of the pieces display powerful, influential women and stray away from art that simply features a woman for her beauty.

One of the most famous paintings in the exhibit is “Judith and Holofernes,” painted by Artemisia Gentileschi— the most-acclaimed female Baroque painter. This painting tells the story of Jewish heroine Judith slaying Holofernes, the Assyrian general threatening to destroy her village. In this work, Judith has one hand stabbing Holofernes in the throat while the other hand clenches his hair.

“I appreciate that the museum chose to have a whole wall dedicated to [Gentileschi’s] painting, ‘Judith and Holofernes,’ along with text that highlights the contribution of this female artist,” Bowen said. “Although there are several depictions of venerated or important women in this show, Artemisia Gentileschi’s painting serves as a special counterpoint since the other paintings were made by men.”

Another painting featuring a powerful woman is “Atalanta and Hippomenes” by Guido Reni.

Dr. Chiyo Ishikawa, SAM’s Susan Brotman Deputy Director for Art and Curator of European Painting and Sculpture, shared the importance of the mythological story in bringing the paintings to life.

“There is a young woman named Atalanta, and a man named Hippomenes, and [Atalanta] does not want to get married, so she sets an impossible task. She said, ‘I’ll marry the man who can beat me in a foot race,’ knowing that nobody could beat her,” Ishikawa said.

Hippomenes turns to Venus, the goddess of love, to help him win Hippomenes’ hand in marriage. Venus gives him three golden apples to distract Atalanta during the race, and so he throws strategically so Atalanta has to stop and turn to pick it up.

Unfortunately, Atalanta doesn’t get her way—but the painting illustrates the myth with masterful Barqoue techniques of drama and narrative. It is interesting to compare the paintings, one painted by a woman, the other by a man who feared woman. In “Atalanta and Hippomenes,” there is a clear difference in the male nude and the female nude.

“[Guido Reni] had kind of a phobia of women. Artists were using nude models at this time to start to give their paintings believability,” Ishikawa said. “He clearly had studied the male figure. Hands-down his male nudes are just beautiful and everything is well-proportioned, but his women do not look like he studied a real woman.”

The Capodimonte Museum brings their collection to Seattle until January, when it will travel to the Kimbell Art Museum in Fort Worth, Texas. The Italian museum has never sent such a large number of items from their collection on tour.

This is a must-see show, especially with Italian Renaissance art being the rarity it is, only for a limited time at the SAM.