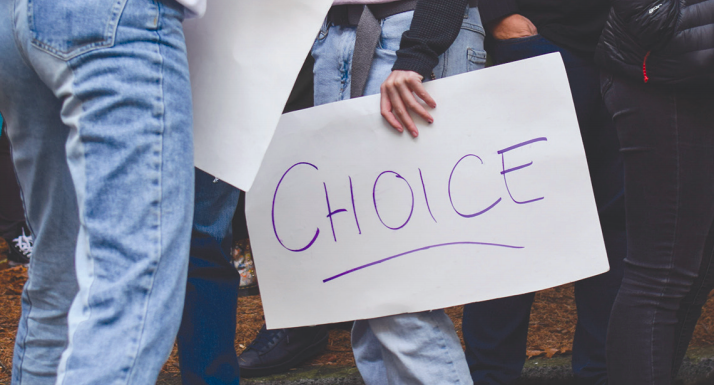 Following the decision by Seattle University President Fr. Stephen V. Sundborg S.J. to remove Planned Parenthood as a listed resource for students, the campus community has responded in a multitude of ways—a community demonstration was held on Oct. 18 to protest his decision, and Academic Assembly (AcA) approved a motion on Oct. 21 for Sundborg to rescind his decision and for the installment of workshop groups and clarifying policy.

The most recent student protest was held on Oct. 18, where organizers Lily Panetta and Sarah Salame gave the following demands to Sundborg and the administration: to rescind his action to remove the reference to Planned Parenthood, to clarify the relationship between Catholic teachings and school policy and to guarantee student involvement in future policies of this nature.

“It isn’t just the students that aren’t happy, it’s also faculty and staff,” Panetta said in an interview with The Spectator. “Adjunct faculty and staff are upset and afraid. There is fear of retribution, fear of getting our scholarships taken away or being kicked out. These are things that we put on the line to have this conversation.”

Organizers kept interested community members informed through their Instagram account. There, they encouraged students to skip their classes, particularly if they had class in the Administration Building, to attend the protest. Activists were told to meet in front of Lemieux Library—the university approved demonstration location. The organizers provided supplies for students to make posters on scene for the protest that would begin soon thereafter.

The protest began at 10:30 a.m., and lasted until about 3:00 p.m. Promptly at 10:30 a.m., the student organizers informed the crowd of about 50 participants that the group would begin their march to the Administration Building.

Protest safety slips were also handed out—these slips informed students that the core of the protest was a love letter for Seattle U and also included guidelines to ensure a safe demonstration would take place. The slip asked for “no violence of any kind, no vandalism and for protestors to listen to Public Safety officers if directed.”

After walking to the Administration Building, the group remained in front of the building chanting throughout the day phrases such as: “health care is a human right,” and “keep your rosaries off my ovaries.” At one point, the crowd reached up to 70-80 individuals that included not only students, but also professors and other community members.

Soon after the crowd arrived at the Administration Building the organizers were informed that Sundborg would allow four students at a time to meet with him to discuss their concerns following his decision to remove Planned Parenthood as a resource.
“When decisions like these are made, it’s really hard to say that I am proud of my school or that I enjoy going here as a student of marginalized identities.”
Salame said they were nervous going into their meeting with Sundborg, and that during the meeting, she felt as though he did not recognize the students as equals, particularly shown to her as she went to shake his hand.

“When we walked in, he wasn’t intending on shaking any of our hands. I walked in and said, `I’m Sarah,’ and then he was like, ‘Oh I’m supposed to treat these people with respect.’” Salame said. Protest organizers brought an editor from The Spectator into their meeting with Sundborg, who asked the editor to leave the conversation because he did not want the meetings to be “public conversation.”

The emotions in Sundborg’s office ran high during the meetings, as students shared how the removal of Planned Parenthood from the student resources list impacts their well-being and student experiences. In a recording obtained by The Spectator, Senior Interdisciplinary Arts major Hollis Noonan noted their struggle with their place as a Seattle U student because of their experiences, such as Sundborg’s most recent decision, during their time on campus.

“When decisions like these are made, it’s really hard to say that I am proud of my school or that I enjoy going here as a student of marginalized identities,” Noonan told Sundborg in the meeting. “You and all the past presidents that are on the hall up on the wall out there are all old white Catholic men who have proven to make decisions that go against what the people of marginalized identities have professed that they need.”

Organizers also revealed their discomfort with campus protest policies and that they had a conversation about who was willing to claim the title as organizer for this protest because of the fear that came with going against Seattle U administration.

According to the Student Code of Conduct, all student protests must be approved by Seattle U, and they must occur in front of the library. “I think having policies regarding the way that we’re allowed to protest was a bit challenging,” Panetta said. “When the oppressor decides how you’re allowed to protest, it’s limiting.””

Organizers ended their meeting with Sundborg by sharing their demands, and said that if the demands were not met they will call for his resignation—Sundborg replied by asking if their demands were in writing, then said, “Okay, thank you, thank you for bringing it up.”

Following the first conversation that took place with Sundborg, Noonan said they felt disrespected throughout the meeting. “I think he only started to take me seriously after he interrupted me and I told him, ‘I’m not done talking’ and then he continued to interrupt me,” Noonan said “I don’t think he took me seriously.”

As the protest continued, Panetta and Salame encouraged participants to get lunch before continuing to meet with Sundborg—as the president took his own lunch break to do so at noon. The group of protestors outside the admin building slowly dwindled down but meetings with Sundborg continued until 3:00 p.m., when he had to leave.
“When the oppressor decides how you’re allowed to protest, it’s limiting,”
In an interview with The Spectator, Sundborg reflected on his time hearing from the students during the protest. He said that he appreciated that students were so open and honest with him during the listening sessions.

“I’d have to tell you that Wednesday was one of the most important days I’ve had as President,” Sundborg said. “Some things that I heard are very, very difficult. One of them is that, the students are often saying that it wasn’t so much the decision about Planned Parenthood, as it was what it signaled and did it signal to them that who they were was not fully accepted or that they belonged at Seattle University, and that’s hard to hear.”

Sundborg again affirmed his initial decision to remove the listing, but he said that the situation could have been handled differently. “When I look back on it, I think I could have been helped in the decision if I sat down and I’d called together a group of people,” Sundborg said.

“The decision would have needed to have been the same, but boy, more views could have been incorporated within it and some of the ramifications that people are afraid of because of it could have been articulated.”

On Oct. 21, Academic Assembly approved a motion affirming their respect for the university’s Jesuit tradition, and criticizing the Catholic Church’s prohibition on abortion and contraceptive healthcare.

“Removal of information and resources to our students does not recognize the autonomy and special character of academic institutions nor the role of faculty in shared governance,” the document stated. The motion presented five directives for Provost Shane Martin—first they called on him to invite Sundborg to participate in more forums with the Seattle U community to continue dialogue surrounding Sundborg’s decision.
“I think he only started to take me seriously after he interrupted me and I told him, ‘I’m not done talking’ and then he continued to interrupt me,”
The statement encouraged Sundborg and senior leadership to continue this conversation through workshops and/or reading groups on issues relating to gender, sexuality and identity. It also called for faculty-led lectures and discussions with a variety of perspectives around Catholic, Ignatian, Jesuit and mission-related topics and legal issues relating to academic freedom and censorship.

Lastly, the motion recommended that deleted informational resources on the university website relating to Planned Parenthood be restored— while noting that the provision of such resources do not in any way suggest specific endorsement by the university or the Catholic Church.

The document was signed by Theresa Earenfight, a history professor and director of the women and gender studies program. In an email statement, she further explained that this motion is a step towards larger discussions and noted that the upcoming Oct. 24 President’s Forum would be the perfect opportunity to begin this conversation.

“This is an important and welcome step that I hope will initiate campus wide conversations concerning not only Planned Parenthood, access to health and wellness resources, and social policies of the Catholic Church around sexuality but also shared governance and academic freedom,” Earenfight said in the statement.

In their motion, the Nursing Faculty and Staff Assembly urged AcA to consider the ‘practical consequences’ of further action or scrutiny of Sundborg’s decision. The document instead calls for university staff members and offices who work closely in the student well-being experience to provide students with access to and information regarding healthcare services available to them, “irrespective of religious beliefs or practices.”

The Nursing Faculty and Staff Assembly’s motion pointed out that the university doesn’t penalize students for using Planned Parenthood, or any other external healthcare provider’s services. “The consequences of the President’s decision appear to be symbolic more than substantive,” the motion stated.

The motion said that further action by AcA could have possible repercussions to the educational opportunities available in the College of Nursing.

According to the document, these actions could include: scrutiny into College of Nursing activities involving sexual and reproductive health, “further restrictions on clinical sites for student placements,” and “targeting of specific College of Nursing students, staff and faculty by outside groups” based on their roles with unaffiliated healthcare providers.
“Have to tell you that Wednesday was one of the most important days I’ve had as President,”
Provost Shane Martin works with AcA and said that he supports their motion, as it presents an “intentional and thoughtful way to move forward” that involves the entirety of the university community.

“As Provost, I appreciate the opportunity to be part of a learning community that will address the important issues that have been raised, and I commend the AcA for their work,” Martin said in a statement to The Spectator.

Nalini Iyer, AcA member and Professor of English, said that though the President’s official communication did clarify that no student, faculty member, or staff would be penalized for personal beliefs which run contrary to the Catholic Church, a policy needs to be made to clearly outline how staff and faculty practices fit in with the university’s Catholic character.

“They need to craft that all into a policy and not simply rely on just one interpretation from an administrator. So I think the big step forward from our perspective is the policy,” Iyer said.

Iyer said that the AcA’s newest motion is necessary progress to clarify the university’s position on this. “The issue is, if my personal life is different from the teachings of the Catholic Church in some way, or if my job responsibilities call upon me to do things that may or may not be approved by the Catholic Church, where do I stand?”