The Issue of TMT on Mauna Kea, with insights by SU Students 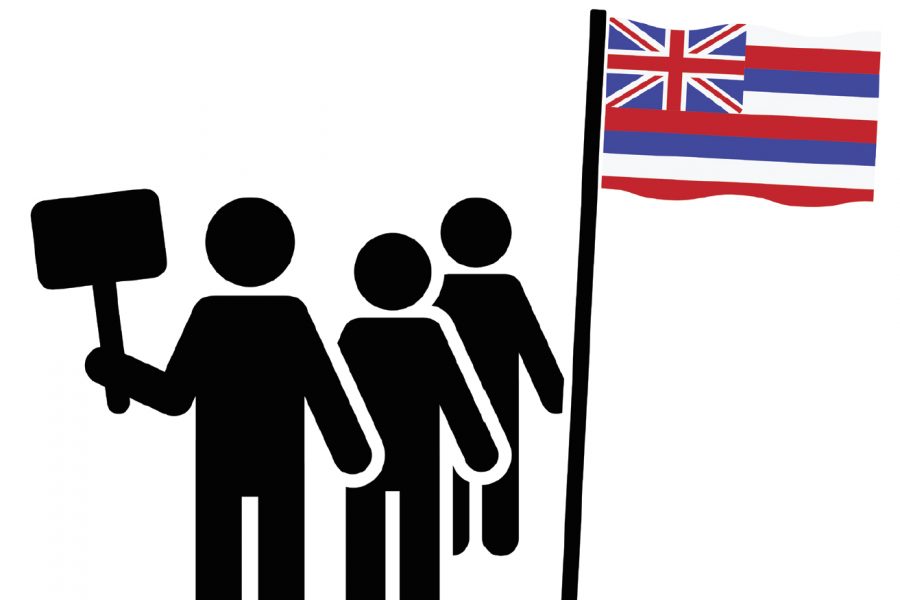 Protestors—who prefer to be called protectors—have been peacefully blocking the construction of a massive telescope on Mauna Kea, a dormant volcano on the Big Island of Hawai’i. The sit-in, which began on July 15, has centered the Native Hawaiian community in the face of a threat to a mountain that is spiritually and culturally significant.

Wailana Medeiros, a Seattle University student from Hawai’i island who participated in the demonstrations at Mauna Kea, gave her opinion on the matter.

“The Hawaiian people have suffered enough. And now, people are finally waking up,” Medeiros said. “They’re coming together as a collective and standing up for what’s right. It’s really touching and empowering to see as a native Hawaiian—like another Hawaiian Renaissance.”

A sacred place, Mauna Kea plays a critical role in the overall health of its surrounding environment and communities.

Controversy surrounding construction on Mauna Kea is nothing new. For over 50 years, native Hawaiians have adamantly opposed Mauna Kea’s treatment—characterized by desecration, mismanagement and abuse.

Mauna Kea caught the attention of the University of Hawai’i (UH) in 1964 as an “exceptional site for astronomical observation” and was designated an environmentally sensitive “conservation district” by the Department of Land and Natural Resources.

Four years later, over 13,000 acres of ceded lands were leased to UH by the Board of Land and Natural Resources. A permit for “an observatory” was granted; however, numerous telescopes were built, many without permits over the past two decades.

In 2004, subpoenaed documents revealed spills of sewage, ethylene, glycol, diesel fuel and toxic mercury had taken place on the mauna— the Hawaiian word for mountain. Environmental studies conducted in 2005 and 2010 by NASA and UH respectively concluded that years of astronomical activity had caused significant, substantial and adverse harm to Mauna Kea’s natural and cultural resources.

Pualilia Kahale, a third-year Seattle U student from Kaua’i and protestor of TMT, said the fight for Mauna Kea is not about culture versus science, but rather what is morally right.

“People don’t understand how I can oppose TMT when I’m studying science and engineering,” Kahale said. “Technology will advance whether they build TMT or not. But 10 years from now, when technology has improved and the construction is finished—they will keep asking for more.”

Currently, Mauna Kea is home to 21 telescopes in 13 different observatories. The latest telescope, a $1.4 billion Thirty Meter Telescope (TMT), will be the largest telescope in the world if built.

The Native Hawaiian community has been tirelessly fighting TMT’s construction in courts and on the ground since planning first began. They fight to protect their most sacred land from further desecration, environmental degradation and exploitation (observatories on Mauna Kea pay almost no rent to reside on stolen land) hidden under the guise of “science.”

Former Hawai’i State Representative Kaniela Ing briefly detailed why action against TMT is so vital, according to an article by The Intercept. “[TMT] is an 18-story massive structure that has a footprint of at least six football fields in a county that only allows six-story buildings. And it’s in a conservation district,” Ing said. “So even if—sacredness aside—if you care about the environment at all, this is a really dangerous precedent and our mauna has already seen oil spills from past telescopes.”

In late June, TMT received a notice-to-proceed from the state and scheduled construction to begin the week of July 15.

Responding to the initiation of construction, the Ku kia’i Mauna, or Guardians of the Mountain, set up camp at the base of Mauna Kea’s access road—preventing TMT’s work vehicles, equipment and crew from going up the mauna.

On July 17, two days into the Mauna Kea sit-in, 33 kupuna—Hawaiian elders—were arrested. The kupuna, some using canes and wheelchairs, volunteered to be arrested first and formed a line blocking the road. They were charged with obstructing government operations, despite peacefully exercising their right to protest TMT—a private project.

Later that day, Governor David Ige issued an emergency proclamation, giving law enforcement more authority to remove activists, close roads and ensure the delivery of materials to the construction site. Those at the mauna remained steadfast, and soon their numbers hit an estimated high of 2,000. Ige rescinded his emergency proclamation on July 30.

Three months since the sit-in began, the protest developed into a community that included free school, public restrooms, food capabilities and trash collection twice a day at Pu’uhonua o Pu’u Huluhulu, the activists’ base camp. Right now, kia’i and TMT supporters are at an impasse. However, those on the mauna have made it clear they will not move—no matter how long it takes.

Michiko Aizawa-Smith, a third-year at Seattle U from Oahu, explained her biggest take-away from the Mauna Kea protest. “For the longest time since annexation, the people of Hawai’i were pushed aside, pushed down and told not to say anything—literally, the Hawaiian language was banned by missionaries. But now, we’re saying, ‘No, we’re not going to take anymore, we’re not going to stay quiet.’ I think a lot of people can learn from that,” Aizawa-Smith said. “It’s okay to fight for what you believe.”

Debbie may be reached at [email protected]